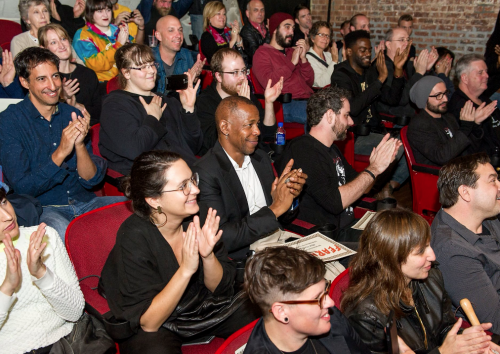 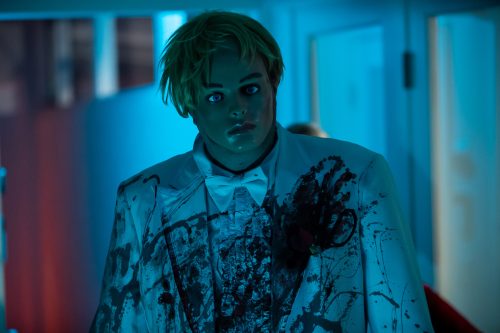 The spotlight turns to the festival’s namesake neighborhood on Sunday at 1:30 p.m. with the screening of a short on Manhattan Avenue’s Cato’s Army and Navy Store that owner Ed Veneziano opened over 40 years ago, and “A Letter From Greenpoint,” which traces Jonas Mekas move from SoHo after 30 years in the neighborhood to Greenpoint. END_OF_DOCUMENT_TOKEN_TO_BE_REPLACED 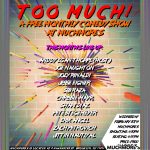 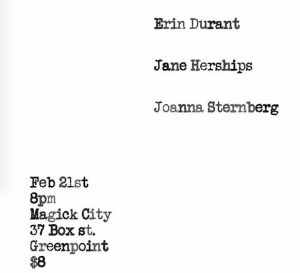 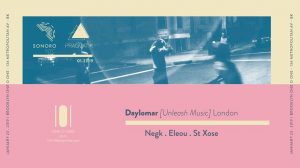 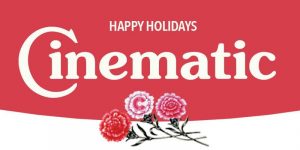 THIS SUNDAY (December 2nd, 1-7PM)! Forecast calls for a snow flurry of fun inside the beautiful Greenpoint Loft (67 West Street) at our Polar Vortex Holiday Market with 60+ of the most talented makers and purveyors of handcrafted goods and gifts for all of your Holiday Gifting needs! FREE fun activities include Massages, Henna, Nail Art, and interactive hologram experience with Looking Glass Factory! Plus there will be live music and delicious Mulled Wine! More info and RSVP here! 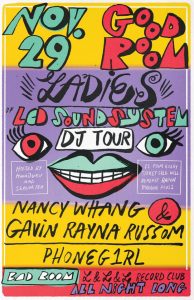 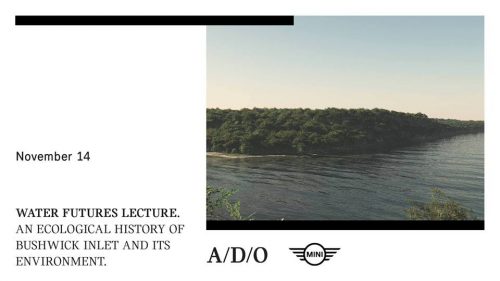 ^ A Tree Grows in Brooklyn | 75th Anniversary Party @ Leonard Library  (81 Devoe St.), 5pm, FREE, Special guests Amy Lyons, artist of the HarperCollins 75th Anniversary edition cover, and the family of Betty Smith–along with contemporary authors–help celebrate a book that, according to The New Yorker, “deserves to be thought of as one of the greatest American novels,” RSVP
* An Ecological History of the Bushwick Inlet and its Environment @ A/D/O (29 Norman Ave.), 7pm, FREE, With the continued development of Williamsburg and Greenpoint along the East River shore, it’s hard to imagine that Brooklyn was once a thriving wetland, with winding streams carrying freshwater running right below our feet, More Info
♦ Machine//Body @ Arete Gallery (67 West St. #103), 8pm, $10-15, sound and movement, space and architecture, More Info
♫ How To Dress Well, Baltra @ The Good Room (98 Meserole Ave.), 9pm, $20, Buy Tix 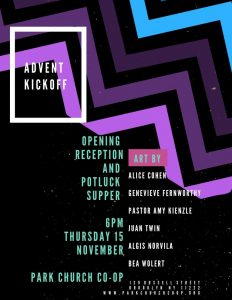 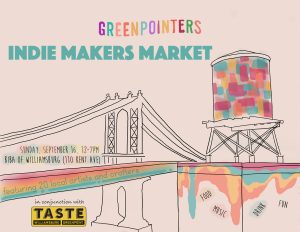 Sunday, September 16th, 2018 (12-7pm) another piece of North Brooklyn history will be bustling with music, fun activities, design, and craftsmanship as we host our first ever Indie Makers Market inside BIBA of Williamsburg (110 Kent Ave). From frozen treats made with upcycled plant based materials, custom handcrafted guitars, ethereal essential oil blends, to tiny terrarium jewelry, and more, we can’t wait to showcase the high quality unique creations by our top 20 curated pick of local makers. FREE to enter!! RSVP Here!! 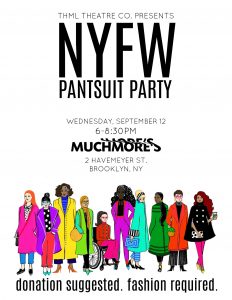 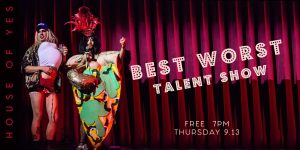 Would Northern Brooklyn be complete without its own film noir jewel box theater? Film Noir Cinema, located at 122 Meserole Avenue, is a hidden gem in Greenpoint that will soon screen the revival of INCALL, a coming-of-age film with a twist. In the film, After the accidental death of a massage client, and through a bizarre set of circumstances, a young masseur and a seductive cat burglar begin killing massage clients for profit. The film, previously a hit in the nabe, returns Thursday, June 21 at 9 PM.

We spoke with filmmaker Brock Riebe — a local artist who wrote, produced, directed, and starred in the movie — about his influences, social commentary in film, and how to succeed while working on a micro-budget.

Greenpointers: INCALL has had a few encore presentations at this point. What do you think audiences find most appealing about this film?

Brock Riebe: Many people can relate to the struggle of the lead character, Kasey, who has been playing by the “rules” in life but who still can’t seem to make ends meet. In the film, Kasey begins questioning who exactly is making the “rules” and for whose benefit? As a result, he ends up going down a very dark path in which he, with the assistance of his cohort Marco, begins making his own rules for his own benefit. In this age of 21st century, greed-based global capitalism (an age in which many feel forced to play by “rules” that are not for their benefit, and that they had no say in making), many can relate to this theme and are asking similar questions. END_OF_DOCUMENT_TOKEN_TO_BE_REPLACED