Speaking of improvements, the DOT will close part of the Pulaski Bridge on Saturday for maintenance with no access for Brooklyn-bound traffic from 7 a.m. – 1 p.m., and on Monday, the DOT will begin installing a new style of a protected bike lane on the south side of Grand Street.

A Solidarity March with NYC’s Jewish Community is taking place on Sunday morning in response to a sharp rise in anti-Semitic hate crimes, many of which have been perpetrated in North Brooklyn.

For other local news, catch-up on this week’s headlines from around the neighborhood: END_OF_DOCUMENT_TOKEN_TO_BE_REPLACED

Tomcats Barber Shop (135 India St.) closed abruptly last October after 13 years leaving the staff with only two days notice to come up with a plan: “We are certainly sticking together and opening a shop together,” Manny Zee, a Tomcats employee of nine years, told Greenpointers. END_OF_DOCUMENT_TOKEN_TO_BE_REPLACED

A solidarity march with the New York Jewish community is taking place this Sunday for people of all backgrounds to stand in unity following a spike in anti-Semitic hate crimes over the past year. The march will begin at Foley Square in Manhattan on Sunday at 11 a.m. and will end at Cadman Plaza in Brooklyn after a procession over the Brooklyn Bridge. END_OF_DOCUMENT_TOKEN_TO_BE_REPLACED

“I’ve had more than one case where after the person has been treated they’re just released, and they literally were walking home from Wycoff Hospital at 2 o’clock, 3 o’clock, 4 o’clock in the morning,” Spiroff told Greenpointers last winter when the bill was first introduced. END_OF_DOCUMENT_TOKEN_TO_BE_REPLACED 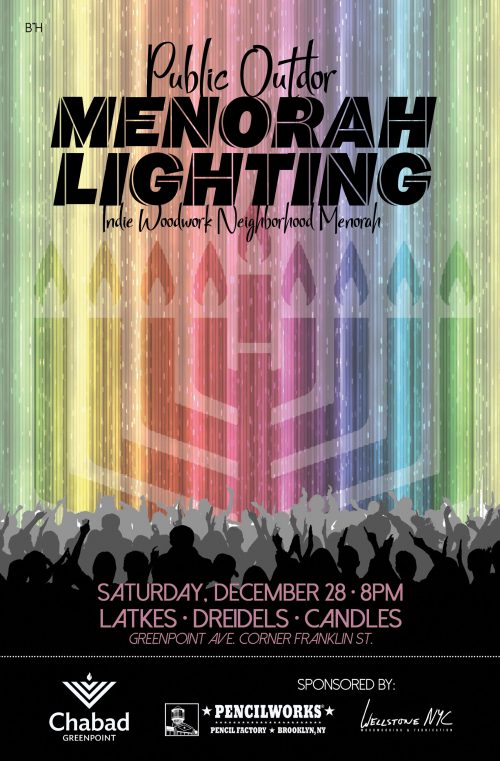 The Chabad of Greenpoint will celebrate Hanukkah with an outdoor menorah lighting this weekend in Greenpoint.

Everyone is invited and the lighting is open to the public with latkes, candles, and dreidels supplied; the menorah lighting takes place at the corner of Greenpoint Avenue and Franklin Street (next to the Pencil Factory building) on Saturday, December 28th, at 8 p.m. END_OF_DOCUMENT_TOKEN_TO_BE_REPLACED 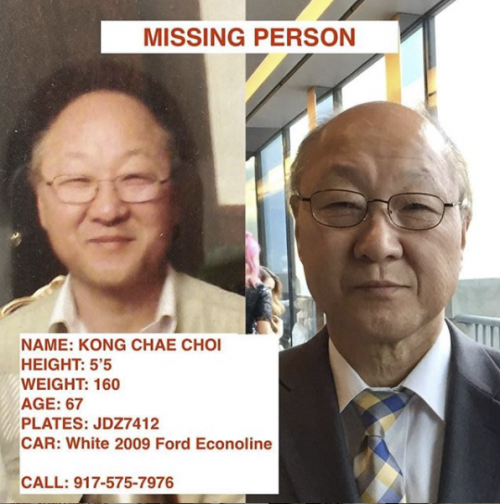 This story was originally published on 12/23/19 by THE CITY. (By: Claudia Irizarry Aponte)

Emily Gallagher is no stranger to being a squeaky wheel.

The 35-year-old Greenpoint activist has tackled hyper-local issues like bike safety and the 94th Precinct’s response to sexual violence. She ran for district leader in 2016, losing by 344 votes.

Earlier this year Gallagher, a member of Brooklyn Community Board 1, suggested that the board use special City Council funds for a service that tracks constituent issues. The board revealed it bought an SUV instead.

“I try to choose battles that are activist battles,” she said.

Now, she’s taking on a longshot primary campaign to unseat Democratic Assemblymember Joe Lentol, a third-generation lawmaker who has represented Greenpoint and nearby areas for the last 47 years.

Yesterday, I had the opportunity of meeting with @BrooklynBCID . I want to thank Valarie Joseph, Jessica De La Rosa, and Joseph Rappaport for their advocacy to provide equal, efficient, and affordable options of public transportation for New Yorkers with disabilities. pic.twitter.com/em4biKqeQG

His father and grandfather also served in the Assembly —  all told, a Lentol has represented northern Brooklyn in the state Legislature for most of the last century.

Gallagher is only the second person to challenge Lentol in a primary — and the first since 2010.

Lentol handily won that primary with 81% of the vote. END_OF_DOCUMENT_TOKEN_TO_BE_REPLACED

A driver of a Honda Accord abandoned his car after getting the car stuck in the protected pedestrian lane of the Pulaski Bridge early Thursday morning.

The NYPD responded to the scene at around 3 a.m. and it took hours for the Emergency Service Unit to remove the car via partial demolition and the use of a tow truck, ABC7 reports. END_OF_DOCUMENT_TOKEN_TO_BE_REPLACED