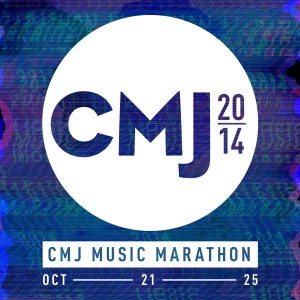 STAY IN BROOKLYN THIS CMJ!

CMJ music marathon is upon us again, and before your head starts spinning trying to figure how, what, when and where to see the best music (and who that best music even is), we have crafted a special guide for North Brooklyn residents. You don’t have to hop all over the city to see the best new music- you can stay right here in Greenpoint and Williamsburg (and maybe venture into Bushwick).

Brooklyn local Zachary Cole Smith’s project Diiv was met with strong critical acclaim (re: Best New Music) upon their first release in June 2012. Since then they have been touring, working on new material, and hanging out with Sky Ferreira. These beachy, laid-back tunes will definitely ease you into the insanity of the rest of the week’s sets.

Twin Peaks have been steadily rising in popularity since their August debut, “Wild Onion,” with their 60s garage rock (plus their name couldn’t have been better timed). Along with The Wytches’ dark, grimy psychedelic rock and Bo Ningen’s industrial-toned post rock, this is a show to which you would be best advised to bring your earplugs.

Beach Fossils will bring the beachy vibes (and probably the fun crowd surfing, a la their Northside performance), but Long Island by way of Portland’s Small Black, with their beautiful, sexy, chill wave tunes, are what you should be coming to see.

Juan Wauters possesses a similar boyish, easygoing essence to his music the way Mac DeMarco does, but with more heart and more garage elements. Widowspeak have that same laid-back vibe, this time with a female vocalist, recalling some Mazzy Star 90s vibes.

Wild Cub’s fun, upbeat indie songs will perfectly compliment newcomers Denitia and Sene’s bedroom synth pop, all while staying in the heart of Greenpoint music venues at the Warsaw.

This is Greenpointers official showcase, presented along with Carabella and Supercrush Studio. It’s $7, and besides the five fantastic bands we have lined up, there will be DJ sets from DJ T*O*N*Y*, Dead_Beat_Dad, and Spiritual Abuse long into the night. A more detailed preview comes later this week, but all you really need to know is that it will be awesome. Here’s the Facebook event page.

Moon Duo’s scuzzy, droney rock may not seem like the most obvious follow up to the sweet, folky songs of Amen Dunes and the dreamy Americana of Marissa Nadler, but you know they will all put on solid, energetic shows.

The World is a Beautiful Place & I Am No Longer Afraid to Die, Empire! Empire!, Field Mouse, Wild @ Cameo Gallery (7 pm)

The emo revival is real. Empire! Empire! and The World is a Beautiful Place & I Am No Longer Afraid to Die will tear your heart out and remind you of the pain of middle school, but Field Mouse will soothe you with their dreamy shoegaze.

Orenda Fink (of Azure Ray) is the original ethereal folky songstress. Her vocals are soft but commanding in a live setting, and it’s amazing how quiet the room can get just to listen to her breathe out her heartbroken, wistful lyrics.

A Place to Bury Strangers atmospheric rock already sets the tone for the show, but their clever use of lights and feedback in their live show is what makes this set super special. Newer band Wampire is playing all week long in Brooklyn, but if you get to see them with White Fence in one place, you should do it.