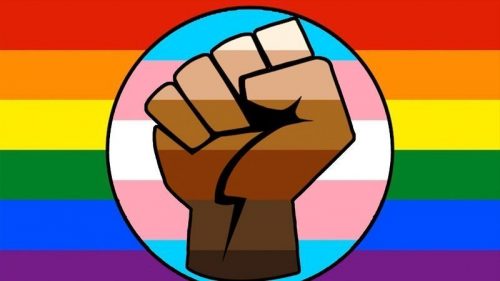 Administrators at PS 132 allegedly pressured the non-profit organization PS 132 Parent Teachers Association to remain neutral with social media posts over the Black Lives Matter movement which gained momentum following the police killing of George Floyd in Minneapolis, according to the petition: END_OF_DOCUMENT_TOKEN_TO_BE_REPLACED

Ideas started to roll, and Pink Sparrow created a prototype of its new parklet for 21 Greenpoint (21 Greenpoint Ave.), which is across the street from their 20,000-square-foot workshop. They’ve also outfitted Magazine Bar (130 Franklin St.) with planters and benches, the backs of which have reflectors for street traffic, to keep Magazine guests safe. They’re also cushioning businesses from needing to close. END_OF_DOCUMENT_TOKEN_TO_BE_REPLACED

“ME AND @drinkbabe DECIDED TO CREATE A SOCIALLY DISTANCED ‘RONA-FREE MANI TRUCK, IT’S LIKE A GLORY HOLE FOR YOUR HANDS. IT COSTS $0, FIND US SOON IN CITIES ACROSS AMERICA (not in Florida, get your fucking shit together).” END_OF_DOCUMENT_TOKEN_TO_BE_REPLACED

“This is the most difficult and heart-rending budget in recent memory,” he said during yesterday night’s hearing. “I too am disappointed that we weren’t able to go further with cuts to the NYPD.” END_OF_DOCUMENT_TOKEN_TO_BE_REPLACED

END_OF_DOCUMENT_TOKEN_TO_BE_REPLACED

In fact, more than half the number of 311 complaints citywide have concerned “social distancing” and “loud music/parties” near the Williamsburg waterfront since May 14th, when Mayor de Blasio added Berry Street to the city’s ever-increasing list of roads open to pedestrians, according to an analysis by Greenpointers. END_OF_DOCUMENT_TOKEN_TO_BE_REPLACED

“The circumstances we’re experiencing must be accepted as they are but as humans we innately feel the need to solve problems and implement change. And in today’s postmodern world, what can we do?,” Overall Murals wrote on social media promoting the work. END_OF_DOCUMENT_TOKEN_TO_BE_REPLACED