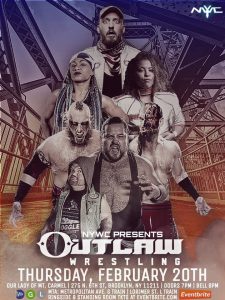 Affordable housing lottery options in Williamsburg continue to roll out this month with 312-314 Keap St. as the latest buildings to apply for via the NYC Housing Connect website.

At 312 – 314 Keap St. there are five total affordable apartments priced at 130% of the area median income, and the application is open through March 4th. END_OF_DOCUMENT_TOKEN_TO_BE_REPLACED

The employees of the Greenpoint-based tech company Kickstarter (58 Kent St.) voted to unionize on Tuesday, becoming one of the first U.S. tech companies to join a union.

A vote on Tuesday by employees of the crowdfunding website resulted in 46 in favor of and 37 against joining the Office and Professional Employees International Union, which represents over 100,000 white collar workers according to VICE.

#KickstarterUnited has now been certified by the NLRB:
🤝🌟We Are A Union!!!🌟🤝 pic.twitter.com/l6W91lILKU

A year-and-a-half process leading up to Tuesday’s unionization vote began in 2018 when Kickstarter employees and management disagreed on the decision to allow a campaign for a book entitled “Always Punch Nazis,” as NBC New reports: END_OF_DOCUMENT_TOKEN_TO_BE_REPLACED

Community groups such as the Newtown Creek Alliance have dubbed the EPA’s proposal the ‘No Action Plan‘ for lacking commitment to fully rid the three mile tributary to the East River of the raw sewage that overflows into the water during rain episodes. END_OF_DOCUMENT_TOKEN_TO_BE_REPLACED

The new space is as cavernous as the previous site, which was located on North 15th Street, but now has a new rooftop bar overlooking the Manhattan skyline. And the brewery has quadrupled its brewing capacity, adding 15 more barrels to its production line. Despite having a full kitchen, Raven plans to slim down the menu, “First and foremost, we’re brewers,” he said. END_OF_DOCUMENT_TOKEN_TO_BE_REPLACED

For the 30th Episode of Fashion Sundae from Watching New York, we’re are enamored with the boots and heels seen marching on the fashionable Bedford Avenue. Check out more looks spotted last week in Williamsburg: END_OF_DOCUMENT_TOKEN_TO_BE_REPLACED

Happy Phil Collins Day Greenpointers! For the first time since 2015, the “In The Air Tonight” singer will be celebrated in a revived local tradition (complete with live cover sing-alongs) at Greenpoint Beer & Ale Co. (1150 Manhattan Ave.) starting at 3 p.m. today.

But first, neighbors and environmental advocacy groups will rally this morning from 9 a.m. – 11 a.m. at the intersection of Manhattan Avenue and Moore Street to call on Governor Cuomo and Mayor de Blasio to halt the pipeline’s construction.

In other local news the monthly Brooklyn Community Board 1 meeting was Tuesday (full video here) and a jam-packed agenda revealed that the proposed development in the Greenpoint Historic District at 171 Calyer St. was denied as were the proposed renovations to the McCarren Park House, although both projects could still move forward if changes are made to the respective designs that suit CB1. Other presentations from the CB1 meeting include plans for the Franklin Street protected bike lane and the proposed change of traffic on N 14th Street.

For fans and patrons of Humboldt & Jackson (434 Humboldt St.) you have two more days to visit the restaurant and bar before it closes forever.

For more weekend fun checkout what’s happening and in the meantime catch up on this week’s headlines from around the neighborhood: END_OF_DOCUMENT_TOKEN_TO_BE_REPLACED

END_OF_DOCUMENT_TOKEN_TO_BE_REPLACED

Levin, Reynoso and Lentol all confirmed to THE CITY they oppose the pipeline’s construction, Salazar did not return requests for comment. END_OF_DOCUMENT_TOKEN_TO_BE_REPLACED

A 38-year-old woman is recovering following an attempted robbery and attack from a man wielding a hammer on the streets of Williamsburg.

Help us identify and locate this individual who is #Wanted for a Robbery that occurred on February 11, 2020 at approximately 07:00AM, In front of 186 Wilson Street in #Williamsburg. Any info contact #800577TIPS. pic.twitter.com/it5RSdg6wP

The NYPD is seeking the suspect who attacked the woman in front of 186 Wilson St. as she walked to work on Tuesday at around 7 a.m. END_OF_DOCUMENT_TOKEN_TO_BE_REPLACED