END_OF_DOCUMENT_TOKEN_TO_BE_REPLACED

VF: They are, but we do everything out of this space. END_OF_DOCUMENT_TOKEN_TO_BE_REPLACED 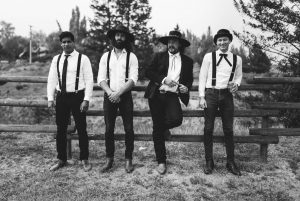 Nadia Gomez, the founder of Greenpoint Art Circle says that the groups’ origins began a year ago with a post she made on the NextDoor app asking if “anyone might be interested in gathering to create an accountability group for creators, especially those with day jobs,” she wrote to Greenpointers. END_OF_DOCUMENT_TOKEN_TO_BE_REPLACED

END_OF_DOCUMENT_TOKEN_TO_BE_REPLACED

Can it be summer already? Not quite, but Watching New York has us enjoying the fabulous winter coats spotted on Bedford Ave. last week. Check out these looks for Fashion Sundae Episode 24:  END_OF_DOCUMENT_TOKEN_TO_BE_REPLACED

Speaking of improvements, the DOT will close part of the Pulaski Bridge on Saturday for maintenance with no access for Brooklyn-bound traffic from 7 a.m. – 1 p.m., and on Monday, the DOT will begin installing a new style of a protected bike lane on the south side of Grand Street.

A Solidarity March with NYC’s Jewish Community is taking place on Sunday morning in response to a sharp rise in anti-Semitic hate crimes, many of which have been perpetrated in North Brooklyn.

For other local news, catch-up on this week’s headlines from around the neighborhood: END_OF_DOCUMENT_TOKEN_TO_BE_REPLACED

Tomcats Barber Shop (135 India St.) closed abruptly last October after 13 years leaving the staff with only two days notice to come up with a plan: “We are certainly sticking together and opening a shop together,” Manny Zee, a Tomcats employee of nine years, told Greenpointers. END_OF_DOCUMENT_TOKEN_TO_BE_REPLACED