Brooklyn-based singer songwriter, Josh Ritter and his Royal City Band, provided safe harbor from the storm at Brooklyn Steel (309 Frost St) during Sunday’s torrential downpour. The weather was a nice touch for a show supporting Ritter’s ninth full-length studio album, Gathering, an album Ritter has described as a “record full of storms”.

This is Ritter’s 20th year of playing and recording music and his latest album, while marking a departure from some of his more traditional folk roots by incorporating aspects of rockabilly and gospel, remains original, fresh and an organic next step. His songs across these nine albums span the full spectrum of the human experience, allowing his listeners to reach for one during a break up, one when experiencing the giddiness of new love, another when at a crossroads, but all with an undercurrent of optimism that leads you to believe that even when your heart is breaking, there’s a silver lining you just haven’t uncovered yet. It is likely that this is the reason that Sunday’s audience clearly felt such a strong connection to each word and poetic turn of phrase he performed on stage. Returning to Ritter’s music often feels like an old friend draping a warm and comforting blanket around your shoulders. END_OF_DOCUMENT_TOKEN_TO_BE_REPLACED 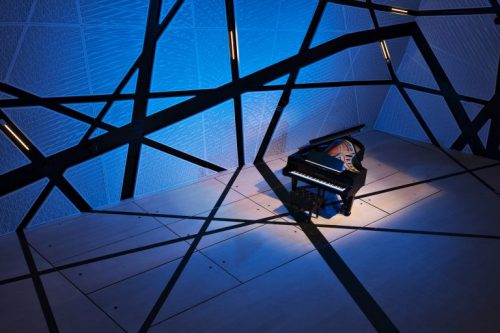 Next Thursday evening (9/28) at 7:30pm, National Sawdust (80 N 6th St) is presenting a night of inspired food, mixology and music as they pair up small bites and cocktails with custom-composed music to simultaneously tickle your ears and your tastebuds.

Musicians include jazz singer Magos Herrera, multi-instrumentalist Yuka C. Honda (of Cibo Matto), and pianist Oded Lev-Ari, who will lead the ensemble in a program ranging from tango to electronic music to Mexican folk song, including the world premiere of Chopping Music and a piece inspired by the humble juniper berry.

And, audience members get 20% off their bill at Rider after the event. Advance tickets are $70 and available here. END_OF_DOCUMENT_TOKEN_TO_BE_REPLACED

Early Riser is a Contrarian Name for a Greenpoint Band 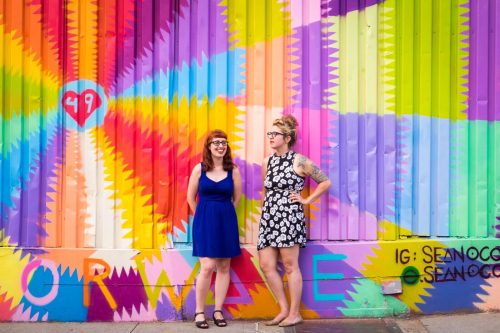 Heidi Vanderlee and Kiri Oliver are the band Early Riser, and they recently released an album called Currents.

They both live and practice in Greenpoint. Hit the jump below for their music video take on our neighborhood. END_OF_DOCUMENT_TOKEN_TO_BE_REPLACED 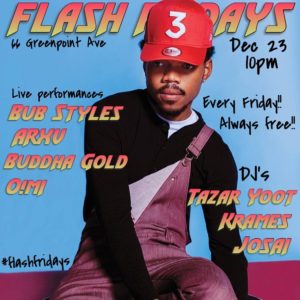 This year there were also no quirky holiday theme shows from Ronnie Spector and alt-cabaret icon Tammy Faye Starlite. WTF?

Don’t close your eyes, though, to other talent within walking distance this weekend. END_OF_DOCUMENT_TOKEN_TO_BE_REPLACED

Here are some famous acts playing this weekend.

Don’t worry, we also save room in the back for unsung heroes.

The Hold Steady have three sold-out Brooklyn Bowl shows beginning tonight. Additional tickets will be released at 6 PM each night.

Rockabilly’s Reverend Horton Heat is at Warsaw on Saturday and as usual he’s got a full coterie of highly disreputable opening acts, like Unknown Hinson and Nashville Pussy. Tickets are $22 and still available online.

If you joined the Standing Rock protest bandwagon there’s a benefit at Sunnyvale on Saturday at 8 PM and all the bands playing have suitably passive-aggressive names.

Weirdos like me who like classic Latin jazz and folky cabaret somehow find local options around town too. END_OF_DOCUMENT_TOKEN_TO_BE_REPLACED

Last, we clue you in to some shows beyond this weekend that you should ticket up now before a sellout, like for Erykah Badu and Angel Olsen. END_OF_DOCUMENT_TOKEN_TO_BE_REPLACED

It could be easy to dismiss Wye Oak as another band for the denim shirt crowd—mellow, buttery dream-folk churned to the point of blandness. But the Baltimore duo, who played at Warsaw in Greenpoint Tuesday night, have some seriously un-bland musical chops—they’re kind of a reverse White Stripes, and that’s a good thing. Where The White Stripes had grit and a lack of polish, Wye Oak sound and look totally put together, as if they’ve walked out of a J Crew catalogue, if J Crew was trying to lean into the indie musician angle this season.

Andy Stack and Jenn Wasner have been making music together for 10 years, so their on stage collaboration is truly comfortable. Musically, they finish each others’ sentences. Andy keeps the rhythm rolling, simultaneously playing synths with one hand and drumming with the other, while Jenn is the mouthpiece for the band (Andy isn’t even mic’d) and shreds on the guitar. The pair are truly making gender-balanced rock: even though the vocals are female, their music isn’t feminine. Most of the time Jenn’s voice is melting into the back of the soundscape, creating a lush, oceany resonance. And when her voice isn’t buried back there, she sounds like a nymph-like ghost. It’s haunting, romantic and powerful music. END_OF_DOCUMENT_TOKEN_TO_BE_REPLACED

Why do you work all day at a job that is not your true calling?

For cash, of course. Or maybe stock options.

My day job pays the bills, but I also get to go to fun places sometimes for it too. Got to go to Alabama once.

It was great. “Where’s the best bar in this town?” I asked someone in Eufala, AL.

“Airport Lounge. They got shacks in the back.” In case you are not up on your South, that means ladies of the night are available.

Not my thing, but heading for Japan on Sunday, bizness class. Before my next brush with the picaresque, here’s the weekend music calendar, with a bonus entry for Monday night to help transition you back to the work week. END_OF_DOCUMENT_TOKEN_TO_BE_REPLACED

Whether you are fourteen or forty years old, your parents went through some boom years, either the go-go ’80s or the post-war Baby Boomer era.

People were making good money, but some songwriters knew there was a lot going wrong on the social and political scene.

In the ’60s you had Dylan and Arlo Guthrie to point it out. For my generation, it was Henry Rollins and the Dead Kennedys.

Now Jim Testa has appeared as the critical voice for our time. END_OF_DOCUMENT_TOKEN_TO_BE_REPLACED 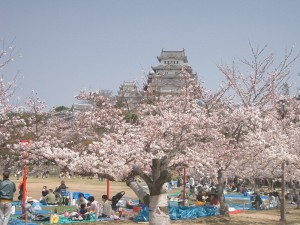 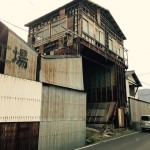 Today’s post is dedicated to Eric. Between the freezing and the rain in Greenpoint this early Spring, we can relate. And so today we highlight sanguine musicians with a sense of humor that take the stage in North Brooklyn the next few days. END_OF_DOCUMENT_TOKEN_TO_BE_REPLACED