Here are some famous acts playing this weekend.

Don’t worry, we also save room in the back for unsung heroes.

The Hold Steady have three sold-out Brooklyn Bowl shows beginning tonight. Additional tickets will be released at 6 PM each night.

Rockabilly’s Reverend Horton Heat is at Warsaw on Saturday and as usual he’s got a full coterie of highly disreputable opening acts, like Unknown Hinson and Nashville Pussy. Tickets are $22 and still available online.

If you joined the Standing Rock protest bandwagon there’s a benefit at Sunnyvale on Saturday at 8 PM and all the bands playing have suitably passive-aggressive names.

Weirdos like me who like classic Latin jazz and folky cabaret somehow find local options around town too.

Diviera Drive would just be a regular Italian restaurant but since it is in Williamsburg it gets to be all contrary and eccentric and host a Brazilian jazz festival just because it has a thing for Brazil.

What that means for you is getting to dance to Chico Pinheiro and Forró In The Dark there from tonight through Sunday.

Usually you have to go into the city and pay out big for a jazz club table and drink minimum for those acts, and even then many of those clubs don’t allow dancing.

Speaking of dancing, Tall Juan is doing a DJ set at Night of Joy tonight starting at 10 PM. The bar has developed a niche specialty of finding big-name musicians who want to play their own favorite songs for other people. 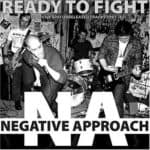 Friday your best bet depends on your mood. Are you going to elect a Negative Approach and go on a Drunken Rampage? Then catch those bands at Gold Sounds, but if you’d rather be on your Best Behavior then pull on your vintage High Waisted jeans and head to the Knitting Factory on Friday.

Sunday’s a chance to Revel in Romance, according to the name of Laura Galindo‘s show at Gold Sounds.

She sings folk songs, she sings cabaret songs, she makes outrageous claims like she invented the question mark. No for real she’s quite entertaining and it’s an early show at 6 PM so next day you can be all chipper and well-rested at your job.

Here’s a map and track preview for this week’s recommended shows.