The 2018 midterm elections are a high stakes affair, with the Democratic party poised to take back Congress (and potentially the Senate). So grab a friend or two, most importantly vote and then check out one of the local viewing parties:

END_OF_DOCUMENT_TOKEN_TO_BE_REPLACED

Editor’s Note: Tomorrow, Thursday September 13th is our state’s Primary Election day. We will be voting for candidates for Governor, Lieutenant Governor, Attorney General and Civil Court Judge. As this Brooklyn Daily Eagle article put it, “For the average voter, picking a judge can often be the hardest decision on the ballot as there is often a lack of information available about candidates as compared to races for executives and legislators.” Greenpoint resident and op-ed contributor Nathan Windsor became frustrated after attempting to find out more information about the judges on the ballot.

END_OF_DOCUMENT_TOKEN_TO_BE_REPLACED

Part of the reason for the Levin landslide was his success in getting the city to buy the land for Bushwick Inlet Park. In announcing the purchase of the land, Mayor De Blasio, an ally of Levin’s, spoke of Levin being a tireless gadfly in advocating for the purchase of the park. Levin was also instrumental in gaining more than seventeen million dollars in funding for the park.  END_OF_DOCUMENT_TOKEN_TO_BE_REPLACED

Get ready to get out the vote, Greenpoint! New York City’s Primary Elections for the Democratic and Reform parties are next Tuesday, September 12th. This handy voting guide lists all candidates running for Mayor, Public Advocate and Brooklyn DA, and includes each person’s bio and policy positions. And here’s how you find your polling place! 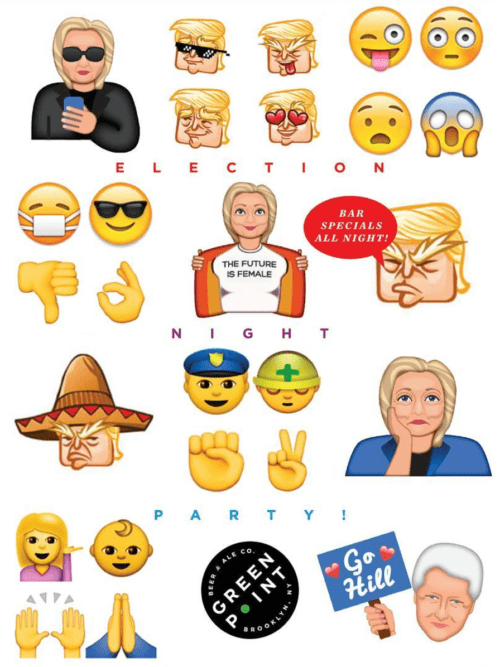 Greenpoint Beer & Ale (7 N. 15th Street)
Sip some delicious local and house brews, while grubbing on their tasty brewpub fare. Happy hour from 5-7, $5 beers and $10 for a share plate and a beer.
END_OF_DOCUMENT_TOKEN_TO_BE_REPLACED

Tomorrow is election day, and no matter who you’re voting for, just get out there and get ‘er done! Make no excuses. From David Leonhardt in The New York Times: “Many people who intend to vote become waylaid — by a traffic jam, a sick kid or a work meeting. Make a detailed plan now, about when and where you will vote.”

Also note, it’s illegal to take photographs in the polling place, and photos of completed ballots, so no ballot selfies! You would be breaking a NY State law, and subject to a $1000 fine.

Find out if you’re registered in NY State. (Hopefully you are!)

Here’s how to find your polling place, in case you’re not sure.

And here’s who’s going to be on the ballot in 11222: END_OF_DOCUMENT_TOKEN_TO_BE_REPLACED

Where To Watch The Debate In North Brooklyn Tonight!

Whichever candidate you’re voting for or voting against, or even if you’re one of those jerks abstaining in protest, the presidential debates this year should make for some damn good trainwreck TV. ::gets popcorn::

Here’s a roundup of where you can watch the debates tonight in North Brooklyn.

END_OF_DOCUMENT_TOKEN_TO_BE_REPLACED

A District Leader is an unpaid position in the local Democratic Party, representing the neighborhoods of Greenpoint, North and South Williamsburg on issues regarding judicial nominations and elections. At the end of World War I, McGuinness, had grown fed up with the inertia of local Democratic politicians, but he had never gone to high school and needed someone’s help to write letters to the editor criticizing the party establishment. He turned to Conlon, a poet as well as a skilled prose writer, who helped McGuinness write a series of highly provocative attacks on the corruption and inertia of the local political machine and the letters hit home. Thanks in large part to Conlon, she and McGuinness in a shocker were elected as local Democratic Party leaders and they served effectively for years, bringing a number of positive changes to our area and making history.
END_OF_DOCUMENT_TOKEN_TO_BE_REPLACED

De Blasio is Our New Mayor

And this photo is awesome. 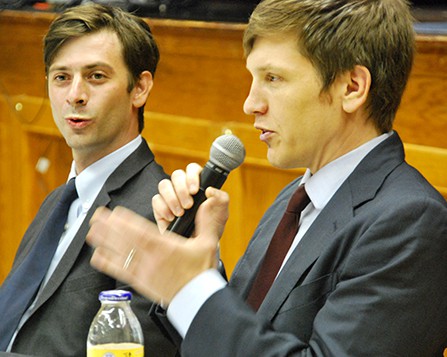