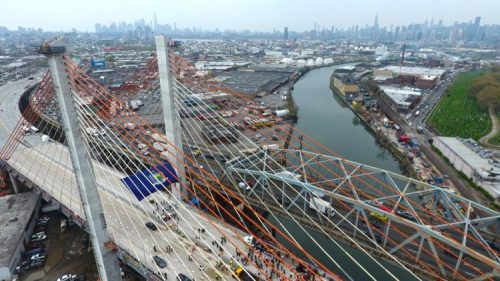 Looks like Greenpoint could be getting another park! The Open Space Alliance and the Department of Transportation are holding a meeting on June 28 to offer the community the chance to give input on possible open space usage underneath the Kosciuszko Bridge. They’ll also be hosting a tour of the proposed park site on June 24th, but the tour is capped at 25 people and currently full. 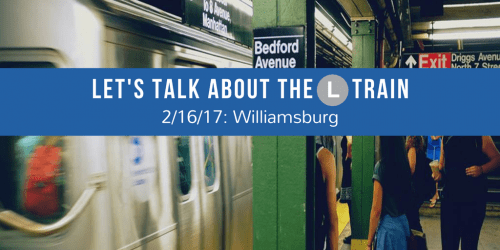 What’s the plan for the 2019 L Train shutdown? Do we have alternative transportation options? Tonight’s the night to voice your opinion and talk with community members about the upcoming L Train closure. The DOT and the MTA are hosting a series of community workshops, and NOW is the time to get involved before it’s too late!

In 2013, when the project was first approved, the NYC Department of Transportation released a report, which revealed that there had been a 106% increase in cyclists over the Pulaski Bridge in the previous four years, versus a 47% increase in pedestrians. As traffic increased over the bridge, the width became a cause for concern. The addition of a separate bike path will improve safety for bikers and pedestrians alike. END_OF_DOCUMENT_TOKEN_TO_BE_REPLACED

As Greenpointers reported in November, Citi Bike announced plans to bring the popular bike sharing program to the outer boroughs of Brooklyn and Queens. The expansion plans included adding 6,000 bikes and 375 new docking stations to locations by the end of 2017. Lucky for us and the nearby nabes of Williamsburg, Long Island City and Bedford-Styvesant, we’ll be getting 1,000 of those blue babies this year. END_OF_DOCUMENT_TOKEN_TO_BE_REPLACED

We Invented a New Subway Line: Over the New Kosciuszko Bridge (and Beyond)

Visting the Kosciszko Bridge, on Earth Day, no less, got us thinking: was there ever any consideration for a mass transit line on the major project about to replace the structure, and perhaps to extend it even farther along the BQE?

When we came up with nothing, we created our own dream subway line. And we’re calling it the K Train.

As you can see (above), Eastern Greenpoint and Maspeth would see immediate transportation benefits, and the ramifications could positively impact many more commuters.  Expansion of the line could finally provide direct rail service to La Guardia Airport. The K Line could also serve areas like the Brookyln Navy Yard, Wallabout, and Red Hook, while also connecting neighborhoods that currently require a trip into Manhattan, allowing commuters to coast down the Brooklyn waterfront, something that as of now, we can only do to a very limited extent, by ferry. END_OF_DOCUMENT_TOKEN_TO_BE_REPLACED

END_OF_DOCUMENT_TOKEN_TO_BE_REPLACED

The Apocalyptic Landscape Near the Kosciuszko Bridge Is Now Complete

We know eastern Greenpoint is readying for construction of a new Kosciuszko Bridge, replacing the decrepitly old (and ugly) monster of a structure that currently connects Brooklyn and Queens (and that this will require a collective holding of everyone’s breath). We also know that our State’s forward-thinking Department of Transportation is removing surrounding trees to prevent an endangered bat species from nesting (so that they’ll settle elsewhere and won’t be harmed as construction begins).

Still, we can’t help but look at the new, treeless scene and wonder if the area, already bleak, has now reached its apotheosis of soulless, post-apocalyptic gloom. END_OF_DOCUMENT_TOKEN_TO_BE_REPLACED Check out more info and the full lineups. I think cars are stupid, especially in a city like New York, where so many people are crammed together, sharing what we all don’t have enough of  – space – especially open natural space. END_OF_DOCUMENT_TOKEN_TO_BE_REPLACED