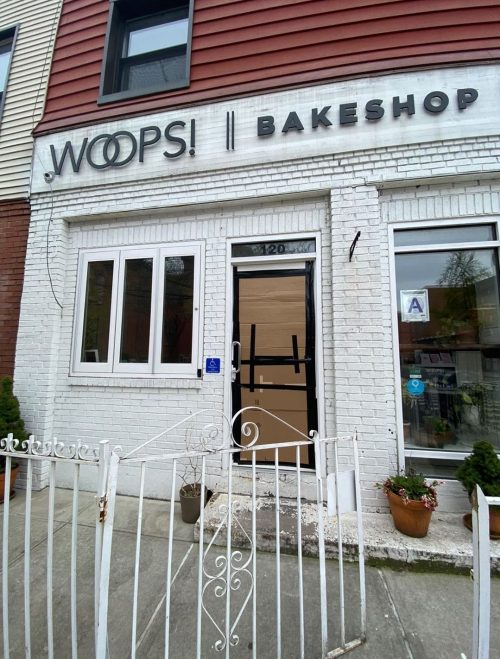 A man attempted to break into two bars on Franklin Street Thursday morning.

Surveillance footage shows the man standing in front of Broken Land (105 Franklin St.) at 9:19 a.m. as he rips off the bar’s front door handle and walks away. Broken Land co-owner Ryan Wood discovered the damage to the front door and alerted the police who are investigating.
END_OF_DOCUMENT_TOKEN_TO_BE_REPLACED

Sultry weather falls across the land—yet Halloween hour is close at hand. Creatures crawl in search of blood to terrorize our North Brooklyn ‘hood. And whosoever shall be found without the soul for getting down, must stand and face the shutdown of the L and rot inside Williamsburg’s shell. The foulest stench is in the air, the funk of Newtown Creek’s years. And grizzly ghouls from every tomb are closing in to share your doom. And though you fight to stay alive, your body starts to shiver; for no mere mortal can resist the evil of the thriller. 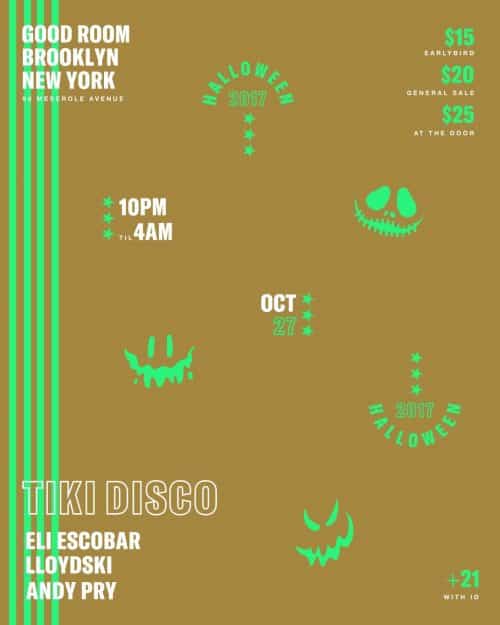 TIKI DISCO HALLOWEEN
@ Good Room | 98 Meserole Ave | 10pm-4am
$20+ tix, More info
Tiki Disco started as a bi-monthly party at Roberta’s in 2009 and has transformed into a year-round happening, with popups around the globe. Eli Escobar, Lloydski and Andy Pry will hold down the floor with their deep selections of disco, funk, house and classics. Expect an evening of spooky vibes and ghostly dancing—costumes are definitely encouraged! END_OF_DOCUMENT_TOKEN_TO_BE_REPLACED

Taculito (little ass tacos) is a Mexico City-style taco popup on Friday nights at Brooklyn Safehouse (120 Franklin Street). The chefs, Giovanni Cervantes and Maria Romero, both have creative day jobs and thought it would be fun to fill the taco void in Greenpoint by sharing their kitchen skills and love of traditional Mexican street food. Giovanni is a portrait photographer with a Greenpoint studio and Maria is a textile and fashion designer. Giovanni grew up in Mexico City and lived there until he moved to New York in 2011. Maria was born in Mexico City, raised in Spain and returned to Mexico for college, arriving in New York after a stint living in Italy. Because of their backgrounds, they share a deep affection for authentic Mexican food, which can be difficult to find in New York City. END_OF_DOCUMENT_TOKEN_TO_BE_REPLACED

Arepas All Round! Tasty New Pop-Up at Brooklyn Safehouse

The nights are drawing in, the temperature’s gradually dropping and it’s starting to be hands in pockets weather – but we’re not talking coat pockets – oh no – we’re talking yummy little stuffed arepa pockets!

A brand new weekly pop-up at Brooklyn Safehouse is bringing delicious arepas to Franklin street every Wednesday night. The pop-up is called Centavo, and is run by trio of friends John Monastero, Mike Lee and Mary O’Reilly, who are taking of advantage of cozy season to roll out an inventive menu of comforting hand-held treats to hungry bar-dwellers. END_OF_DOCUMENT_TOKEN_TO_BE_REPLACED 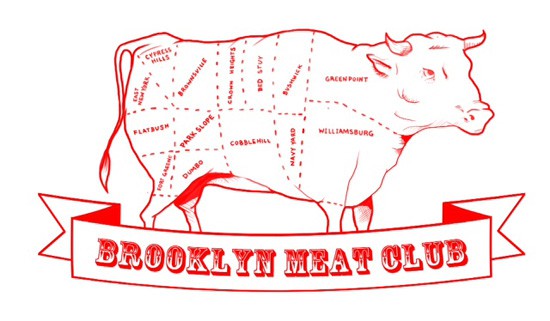 Brooklyn Meat Club is a neighborhood butcher shop, without the shop. Targeting home chefs, the newest addition to the Brooklyn business scene provides restaurant quality meat at below market prices.

“We work directly with suppliers, plus we cut out almost all of the overhead, so our products are priced to let our customers cook incredible meals 7 days a week,” founder Jorge Viscarra Jr., was quoted as saying. Viscarra has been in the meat supply business for over 15 years, working alongside his father, Jorge Viscarra Sr., the founder of GV Food Service, a thriving family business that has been serving New York for over 25 years.

Brooklyn Meat Club’s website, www.brooklynmeatclub.com, lets customers choose not just the meat they would like, but also how thick they would like their pork and beef cut. The orders are then hand trimmed to insure tenderness. In addition, they carry organic poultry and seasonings, as well as lamb and game. Customers that place their orders by Wednesdays at 4pm can pick them up that Saturday between 12 and 6 at Brooklyn Safehouse (120 Franklin St) in Greenpoint.  Fresh, organic Thanksgiving turkeys are available for pick up both Saturday the 22nd and Tuesday the 25th of November.

“We want to provide not just a great product, but also a great experience for our patrons,” said co-founder Shannon Clare. “Everything will be nicely cut, wrapped and boxed for you when you get to the Safehouse. If you want to grab a beer or two, we’ll keep it cool for you until you are ready to head out.”

Clare also developed the line of seasonings, made with organic herbs, for Brooklyn Meat Club.  Iníon’s Seasons has 4 different rubs that were made specifically to bring out the flavor of the meats the pair sell. Iníon is Gaelic for daughter, and Izzy’s Herb Rub, one of the spices in the line, is named for Clare’s 1 year old.

The logo for both Iníon’s Seasons and Brooklyn Meat Club, as well as all of the art on the site, were created by Brooklyn artist Nathan Chase.  Chase, Viscarra, and Clare are all friends and residents of Greenpoint, making Brooklyn Meat Club a true neighborhood endeavor.

On a gorgeous springlike evening last week, Jen G and I popped into the newly opened Brooklyn Safehouse for an early dinner. This is the place at 120 Franklin Street, which seems to have been in the making for at least two years and finally opened its doors last month. END_OF_DOCUMENT_TOKEN_TO_BE_REPLACED