Film buffs and Brooklynites — unite! Brooklyn Film Festival returns with its 2019 edition, “The Gathering,” which takes place May 31 through June 9 with main venues at the Wythe Hotel (80 Wythe Avenue) in Williamsburg and Windmill Studios (300 Kingsland Avenue) in Greenpoint.

This year’s festival is comprised of 133 features and shorts from over 30 countries spread over all continents, except Antarctica. The lineup includes 37 world premieres, 15 USA bows, 29 east coast debuts and 34 first-time screenings in NY.  Individual film tickets will go on sale soon while festival passes are already on sale here. A four-pack pass is just $45.

“We are calling the upcoming festival: The Gathering,” said BFF Executive Director Marco Ursino.  “The theme-statement is essentially a call to all those people who are searching for clarity and intelligent exchanges. On the programming side this year, more than ever before, we wanted to empower all those filmmakers who are thinking and working in critical systems, outside of the box, and against all odds. Understanding that for women the ‘system’ is always critical, and inspired by the acceleration of the women’s movements, this year BFF will feature the largest presence of female directors within a single festival edition to date. I’m also proud to say that four out of our six festival programmers are women and the festival is run mostly by women.”

In each of the six film categories, BFF’s judges will select the Best Film while the festival will select the Spirit Award and the audience the Audience Award winners. Among all the six categories combined, BFF will award one of each of the following: Best Actor, Best Actress, Best Composer, Bet Style, Best Editor, Best Cinematographer, Best Screenplay Writer, Best Producer, Best New Director and Best Brooklyn Project. Through the resources of our sponsors, BFF will assign to the winning filmmakers about $50,000 in prizes (products, services and cash). To view the full film line up, which also includes Narrative and Documentary Shorts, Experimental and Animated films, visit here.

This Friday, June 2nd kicks off the 20th annual Brooklyn Film Festival, which will screen over 122 narrative features, documentaries, narrative and documentary shorts, animated and experimental films from 32 countries spread over six continents. Two of the festival’s venues are in Greenpoint: Windmill Studios NYC (300 Kingsland Ave) and the Kickstarter headquarters(58 Kent St)—also the site for the BFF Exchange—a day of free panels, and a happy hour sponsored by Stella Artois on Saturday June 10th. END_OF_DOCUMENT_TOKEN_TO_BE_REPLACED

Last week, the Brooklyn Film Festival kicked off its 19th year of showcasing local and international feats of independent cinema in a handful of venues, including two Greenpoint landmarks: The Wythe Hotel and Windmill Studios. With a number of networking events and screenings, there’s plenty of action for filmmakers, film supporters, and film lovers to get into this week.

With our 20th anniversary around the corner, the festival feels like floating in mid-air between our history and our plans for the future. It is this subtle sense of instability that fuels “Experiment” Edition. The experiment is reinventing ourselves, it is about allowing the unknown, and it’s about paying attention to the youngest storytellers. Every year we launch a new generation of talent, and this year’s selection is as experimental as mind-altering.

We were able to snag one of these new talents, Michael Irish, whose breezy serio-comedy narrative feature, Life of Significant Soil, premiered on Wednesday at Windmill Studios. END_OF_DOCUMENT_TOKEN_TO_BE_REPLACED

This year’s Northside Festival nixed the film section in favor of a new Content Section but the Brooklyn Film Festival is filling the void with over 107 features and shorts, most of which are screening right here in North Brooklyn. Windmill Studios NYC (300 Kingsland Ave) in Greenpoint and the Wythe Hotel (80 Wythe Ave) nearby are the main venues for the event. It’s a great chance to access and experience the power of independent filmmaking just walking distance away.

I’m particularly psyched about the animation shorts that are showing tonight (Wed, June 8) at Windmill Studios starting at 10:30PM.

Check out the Brooklyn Film Festival site for the full schedule and more info.

Northside Film Festival starts June 8, but if you are a cinephile, you don’t have to wait until then to feast your senses on what’s new. This is the last weekend of the Brooklyn Film Festival (BFF) and two main venues for the films are in North Brooklyn: Windmill Studios (300 Kingsland Ave, Greenpoint) and Wythe Hotel (80 Wythe Avenue, Williamsburg). There is no shortage of stories to be seen and heard. Here are the schedules for Saturday, June 6 and Sunday, June 7.

There are 23 selections in the documentary shorts category this year. The six documentary shorts reviewed below are worth the watch tonight in their encore presentation (runtime total of 77 minutes altogether). They play at 10:30pm at Windmill Studios. Tickets are $13. END_OF_DOCUMENT_TOKEN_TO_BE_REPLACED 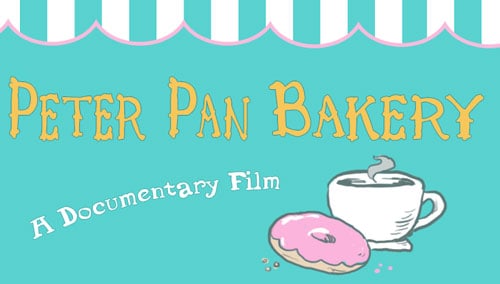 And they are worth seeing. Like this year’s 17th Brooklyn Film Festival. It’s a keeper. Nothing can compare to watching a movie in an intimate theater (like IndieScreen on Kent) with a bunch of people so open to new (or old) ideas. END_OF_DOCUMENT_TOKEN_TO_BE_REPLACED 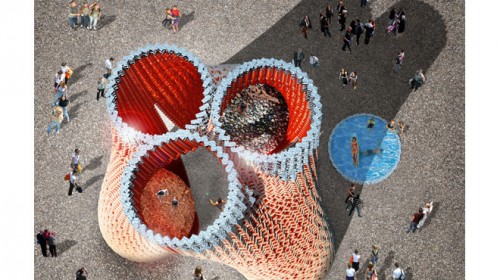 In preparation for Summer, PS1 has announced the full lineup for the 2014 Warm Up series, which will take place around the new outdoor installation, Hy-Fi, “a staggering and magnificent waste, energy, and carbon-emmissions-free circular tower of bricks made out of cornstalks and living root structures.” Since that description makes no sense at all, I guess you’ll have to go see it for yourself.

This is terrifying. A Greenpoint resident was locked in the McCarren Park Bathroom by an evil park worker…

Oh and hey, do you need a butt facial? You can get one in Williamsburg. Just ask for the “Shiney Hiney.”

Mayor De Blasio made a crucial move in his political career last weekend when he made it legal to own ferrets in NYC. I’ve been waiting my whole life for this moment. END_OF_DOCUMENT_TOKEN_TO_BE_REPLACED 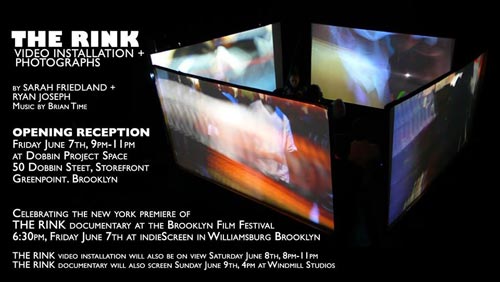 Tonight, Friday June 7th from 9-11pm, a video installation a photography exhibition called The Rink by Sarah Friedland and Ryan Joseph with music by Brian Time will be on display at Dobbin Project Space (50 Dobbin St, Storefront). RSVP.

Celebrating the New York premiere of The Rink documentary at the Brooklyn Film Festival 6:30pm, Friday June 7th at indieScreen in Williamsburg, Brooklyn