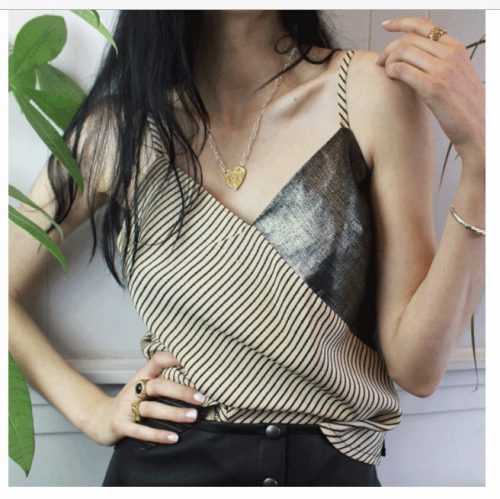 Line & Label (568 Manhattan Ave) create many of their unique, high-quality fashion and accessory products by hand in their Greenpoint shop and are adding a new line of jewelry to their repertoire, from in house by designer and owner Kate O’Reilly with a launch party tonight. 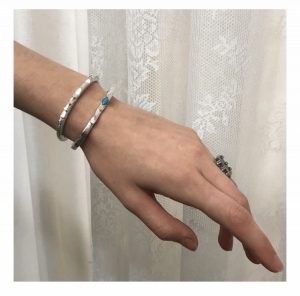 For years, Line & Label has carried Kate’s clothing designs, leather bags, and dream catchers alongside a thoughtful selection of curated products. With her background working for high end clothing designers, she brings a high-fashion sensibility with a very local touch (but without the steep price tags.)

That’s why we are very excited that after a year of thinking about creating a jewelry line, Line & Label is officially launching it and celebrating tonight!

“I have been practicing different techniques; soldering, casting, and stone setting and am excited to debut the beautiful new additions to the shop. As a designer, it felt like a natural progression,” O’Reilly.

Be the first to check out their new jewelry collection. There will also be readings by Stefanie for the launch of the Moon Void Tarot book.

END_OF_DOCUMENT_TOKEN_TO_BE_REPLACED

[email protected] Bounces Back With a Grand Rebrand After Almost Closing 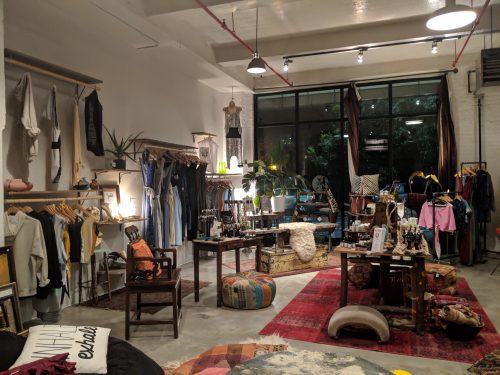 Being consistent with exercise has never come easy to me. Even though I like the exhilarating feeling of a good post-workout sweat, it’s getting up and actually going that is my challenge. My mind would make up all kinds of excuses to avoid going to the gym, everything from the bad weather to just not feeling like it, but mostly I would tell myself that I don’t have time.

The fact that for several years, I’ve managed to go to [email protected] (31 Nassau Ave) at least once per week is a telltale sign of its appeal. I find [email protected] to be a warm, welcoming environment that distinguishes itself from your run-of-the-mill commercial gyms, and their signature Introversion Training whips me into shape in 30 minutes. 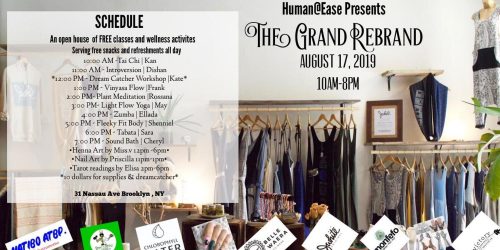 Self-proclaimed as a”Zen Chill Zone,” I can say from personal experience that [email protected] feels like a wellness sanctuary, rooted in the neighborhood but with elements reminiscent of exotic parts of the world. After a long week of work, I come here, push my muscles into exhaustion in the most meditative way. END_OF_DOCUMENT_TOKEN_TO_BE_REPLACED 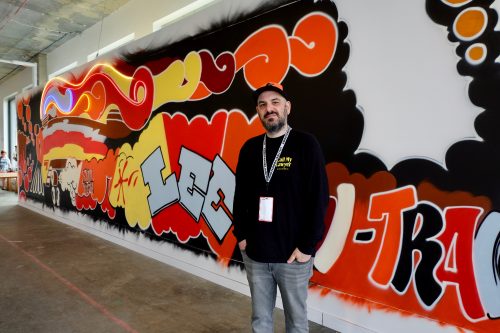 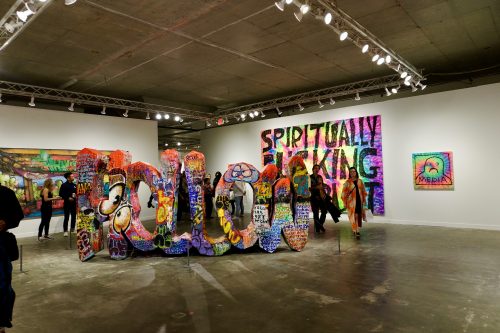 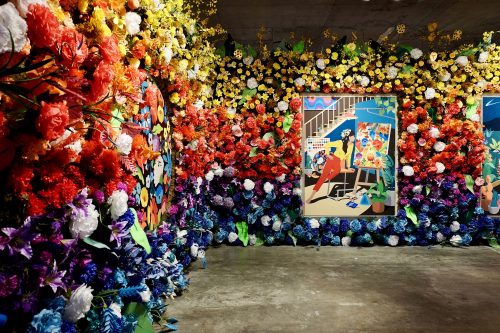 More from our conversation with Roger Gastman: END_OF_DOCUMENT_TOKEN_TO_BE_REPLACED 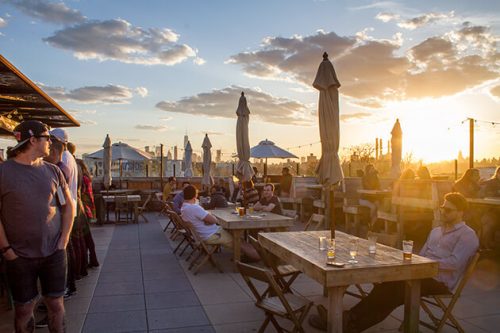 Why the sudden change of plans? Even though their lease is up at the end of the year, Northern Territory “came to an agreement with the new landlord” to be out in a few months and make way for the seven-story office and manufacturing building that is slated to be built. END_OF_DOCUMENT_TOKEN_TO_BE_REPLACED

For longtime Greenpointers, Ovenly (31 Greenpoint Ave.) needs no introduction. It’s the natural pit stop on your way over to Transmitter Park, where you can enjoy a quiet moment, and take in the scents of freshly baked sweets and treats. The bakery has a cozy neighborhood vibe that everyone loves and everything there never disappoints. When you receive their signature decadent Brooklyn Blackout cake for your birthday or special occasion, you know someone really loves you. So we were so excited to learn that their much-anticipated Studio ONE54 space was launching with a debut class teaching how to decorate an Ovenly Brooklyn Blackout cake. 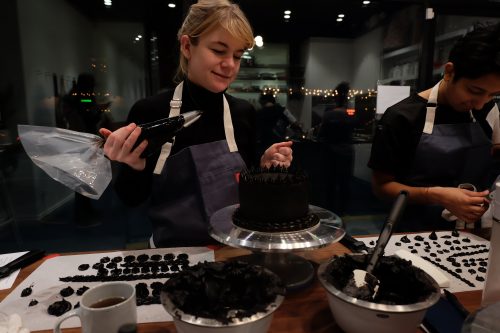 I’m more of a cake eater than a cake decorator so I wasn’t sure what to expect but here are some key takeaways from this experience: END_OF_DOCUMENT_TOKEN_TO_BE_REPLACED

Ovenly Studio ONE54 Launches with Baking Classes and an Event Space 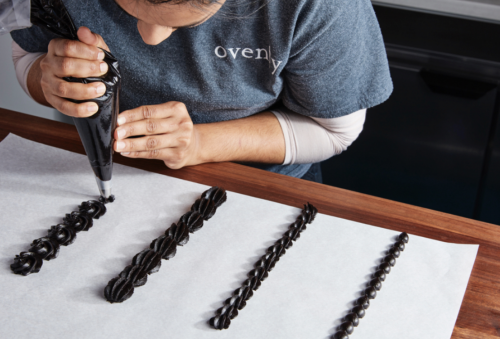 Have you walked by Ovenly’s second space at 154 Franklin St. yet and wondered what’s going on? Well, here’s the scoop: They just announced the launch of Studio ONE54 and is now offering baking classes and an event space. 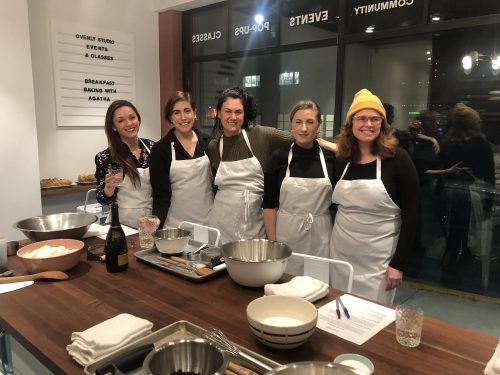 With a full kitchen in the front and a private backyard patio, you can gain some baking skills taught by one of their in-house instructors or guest chefs. Their debut class will feature none other than their signature Brooklyn Blackout cake, where you will learn how to frost and pipe your own 6-inch, two layer cake in just about two hours. And the icing on the cake? Getting to go home with some scrumptious well-earned treats. END_OF_DOCUMENT_TOKEN_TO_BE_REPLACED 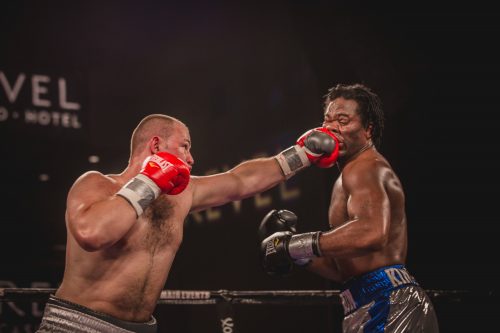 Adam was not only the new kid in town but also “heavyset” and became a target for bullying. Why would anyone pick on a big guy, I wondered. “I know a lot of big kids, they’re soft. They don’t want to hurt anybody so many people, as they do with adults, mistake kindness for weakness,” said Adam’s trainer Keith Trimble. Indeed, Adam Kownacki, nicknamed “Babyface” is soft-spoken and has a cherubic demeanor that belies his fierce fighting skills in the boxing ring – With two Golden Gloves, an undefeated record, and a string of knock-out wins, Adam is on his way towards being the first Polish-American heavyweight champion of the world. END_OF_DOCUMENT_TOKEN_TO_BE_REPLACED

If you like raw fish, salads, and the kind of sweetgreen experience that let’s you pick and choose your ingredients, we have some good news for you: We have our first poke bowl joint in the hood.

Greenpoint is a little late in the fad, and sure it’s probably your run-of-the-mill trendy version of the traditional Hawaiian dish but a new set of friendly faces braving the risks of brick and mortar food small business ownership is welcome over another empty storefront.

Give Poké Zest (629 Manhattan Ave) a shot and tell us what you think. 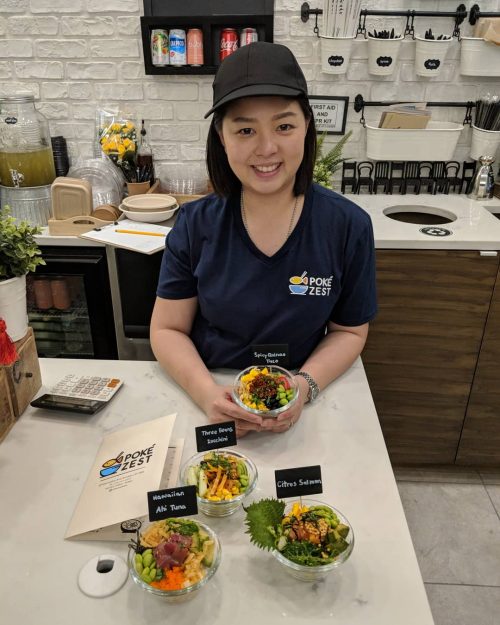 END_OF_DOCUMENT_TOKEN_TO_BE_REPLACED

If you didn’t get a chance to check out the local art here in the historic Leviton building during last year’s Greenpoint Open Studios, here’s a good reason to venture out to 276 Greenpoint Ave before the next one on June 2-3 (Mark your calendars!):  Greenpoint-based artist, CJ Hendry’s MONOCHROME is an immersive art installation where you can wander through seven rooms, designed in high saturation Pantone colors. Our favorite color, is of course the green kitchen.

Follow the yellow dots into a dark industrial hallway to the freight elevator, which will eventually open up into an expansive raw warehouse space that hosts the makeshift rooms.  END_OF_DOCUMENT_TOKEN_TO_BE_REPLACED