Group Partner, the Instagram darling of the pottery world, has certainly come a long way since their early days at their studio studio on Norman and Lorimer. Headed by Isaac Nichols, the studio has become known for their quirky, iconic boob pots and other equally alluring containers. The pots, designed by Nichols, started out as a hobby that bloomed into a successful ceramics studio business.

Early on, Nichols was working commercially as a carpenter while also attempting a rigorous studio practice heavy in theory and criticism. Working a hundred hours a week, Nichols found himself unmotivated and exhausted. Wanting to make something to remind himself of his passion for working with his hands, he found himself turning to clay.  Seeing as he had a lot of plants, the decision of what to make was an easy one. Nichols recalls, “I wanted a poorly made terra-cotta pot, just like you’d get at Home Depot except a little bit wonkier.” The insanely Instagrammable pots were an almost instantaneous hit. 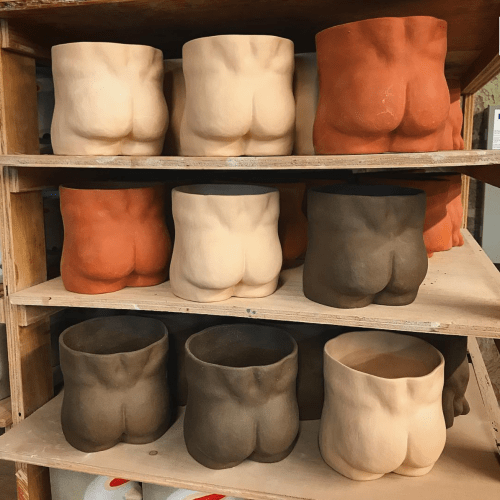 “It was fun and relaxing, and I wanted to keep doing it, make my studio-mate at the time laugh. [They were] based on like the worst pots. The early pots we were firing…and then gluing antique buttons, a little tacky, just whatever we could do to make it look dumb. Out of that came the first boob pot, I made it for my girlfriend at the time. You give a guy clay, he’s going to sculpt boobs. I wanted to communicate something funny, pleasurable, whatever else. It’s this thing we all have a relationship with. I had just gotten Instagram at the time, and I posted a picture of the boob pots. I didn’t expect anyone to start liking my picture. That was kinda it, the company and Instagram went kinda hand in hand. I’ll make pots all day in my studio, drink beer all night, make pots. In a week or two I had a studio sale at 98 Lorimer, and sold the pots for 15 to 20 dollars a piece. That kinda kept me going,” he says. 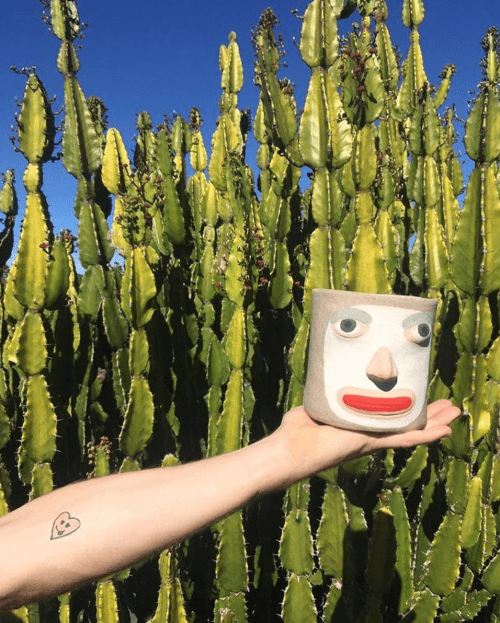 Nichols grew up Arundel, Maine, dropping out of high school, before going to Philly for one semester of art school which he dropped out of as well. He eventually moved to NYC, graduating from Cooper Union. Nichols sees Group Partner as both a studio and a company, saying, “From the get-go the ethos has been…not to make fine art. Keeping the employees happy and healthy, and keeping things moving and troubleshooting..the infrastructure of the company…it’s as much about that as it is about the rest of it.”