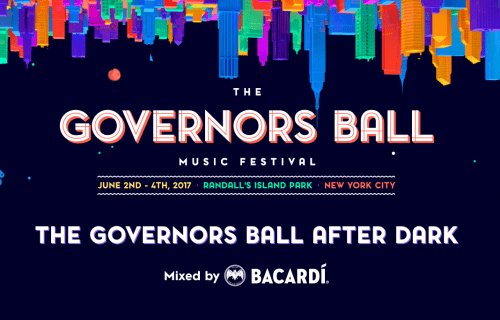 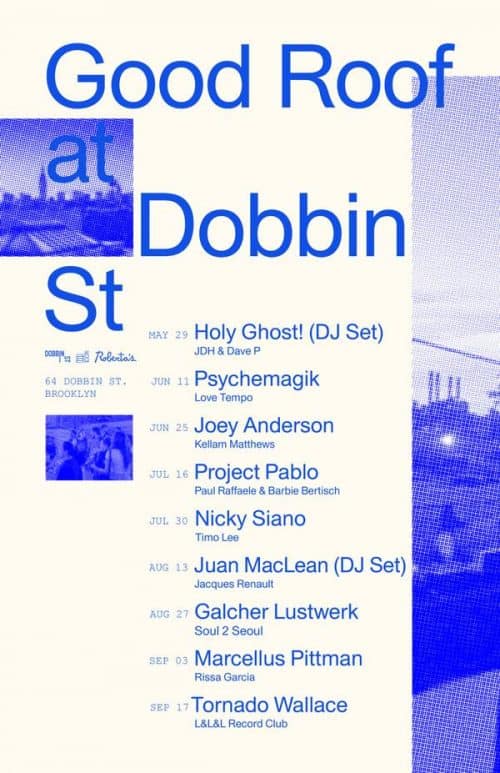 We’ve all been waiting for rooftop rosé season, and it’s finally here. Good Room and Dobbin St are collab-ing to serve up a series of daytime rooftop rockouts. Happening every other Sunday, Good Roof starts up on Memorial Day and wraps up in mid-September. With its picturesque view of Manhattan, Dobbin St has one of the coolest rooftops in the neighborhood (and they also happen to be doing a bunch of sunset movie screenings up there too). We are most excited to dance our asses off to Holy Ghost!, Studio 54 legend Nicky Siano, Psychemagik, and Juan MacLean. Roberta’s will be serving ‘za in the courtyard at every event and Dobbin St will have a full bar going on the rooftop.
There’s limited space on the roof and tickets will sell out so you should grab them on Resident Advisor ASAP. Tickets are $20 advanced or $30 at the door (if they last).
Here’s the lineup: 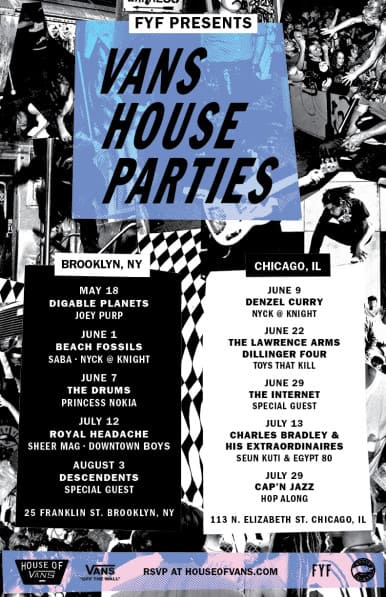 VANS HOUSE PARTIES | @ House of Vans (25 Franklin St)
House of Vans is again kicking off its FREE summer music series, with a pretty cool and diverse lineup, ranging from oldschool rap icons Digable Planets to indie darlings The Drums to punk legends Descendents. Keep an eye on the RSVP’s, which open up a week or two before the shows happen (and these shows WILL SELL OUT). The lineup: 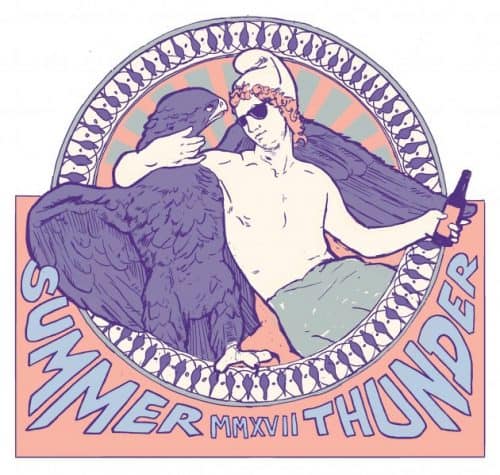 SUMMER THUNDER | @ Union Pool (484 Union Ave)
We are very excited about Union Pool’s Saturday afternoon summertime lineup this year, and you should be too. The FREE shows will start at 2pm, so grab a Tecate and a taco and get ready to rock out. 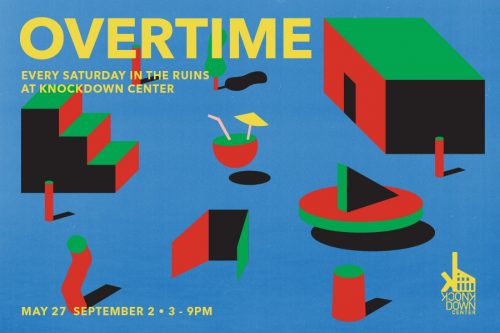 KNOCKDOWN CENTER: OVERTIME | @ Knockdown Center (52-19 Flushing Ave)
Knockdown Center is teaming up with a variety of promoters, hosts, and DJs to host an outdoor party every weekend!
In partnership with… LPR Presents, The Bunker, Mixpak, Armada Fania, Dévotion, Nubian Mafia and more 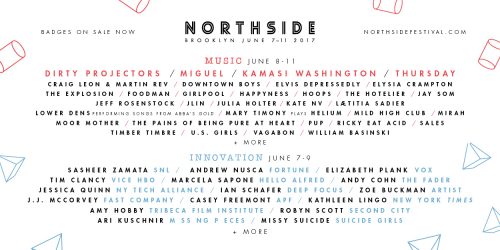 NORTHSIDE FESTIVAL | Various locations around North Brooklyn
Northside Fest is back, and bigger than ever this year from June 7-11. There are honestly too many bands and venues to list out here, but this year’s highlights include outdoor McCarren Park shows, Dave Harrington at Baby’s, Girlpool at Warsaw, Hoops at Baby’s, Kristin Kontrol at Park Church Co-Op, Leapling at Brooklyn Bazaar, Monograms at Terra Firma, and Lætitia Sadier at National Sawdust. Tickets are priced per show, or $75 for a music badge. 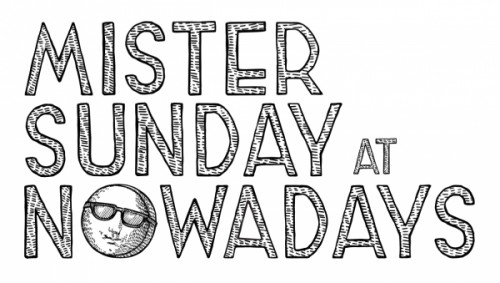 MISTER SUNDAY AT NOWADAYS | @ Nowadays (56-06 Cooper Ave)
We’d be remiss if we didn’t give a shoutout to Ridgewood’s massive (and massively fun) outdoor venue Nowadays, with totally solid local DJs Eamon Harkin and Justin Carter, who throw the awesome outdoor dance party Mister Sunday, on Sundays from 3pm-9pm. This summer season they’ll be bringing along some special guests. Tickets are $10-20 on Resident Advisor or at the door.