We’re so close to Spring (or at least have had our fair share of trickster spring weather), and people are starting to come out of hibernation and onto the streets, amped up to see live music. This month brings us some fantastic options every single night. Here are our top music picks for every day we have left in March! Get your tickets now, before this stuff sells out. 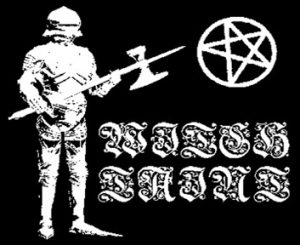 Wednesday, March 8th
Witch Taint (The Black Metal Dialogues Live), Dave Hill, Phil Costello
Some of the best metal music pisses into the void while simultaneously taking the piss out of itself. This metal sendup/tribute/comedy show/whatever will surely be no exception.
Saint Vitus Bar, 1120 Manhattan Ave. | 7:30pm, $8 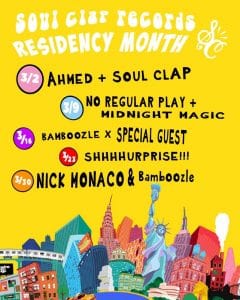 Friday, March 10th
clipping, Jason Forrest
Jason Forrest’s music is sort of like if Chic had a baby with with a New Orleans second line band, and that baby was conceived on a dirty basement couch. Check him out and see him play tracks from his latest release from the end of last year. He’s an interesting pairing for experimental hip-hop/noise duo clipping., who will probably pump up some booty-popping jams.
Rough Trade, 64 N 9th St. | 8pm, $18 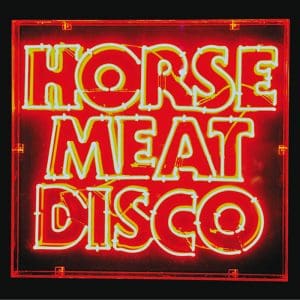 Wednesday, March 15th
The Shins
If you went to college in the late 90s/early 200s, chances are you made out in a dorm room while listening to The Shins. Watch and listen as they explore their body of music at MHOW—this one will probably sell out so grab your tix early.
Music Hall of Williamsburg, 66 N 6th Street | 7pm, *$39.50 tickets go on sale March 7th at noon.

Wednesday, March 15th
ROUSE, Okay Kaya, Hannah Epperson, Aerial East
If you haven’t yet seen a show at the Mission, now’s your chance to see a show inside a church, and get served booze by some friendly friars. The proceeds from this show will be donated to RAINN.
San Damiano Mission, 21 Nassau Ave. | 8pm, $15-20 tickets

Thursday, March 16th
Tortoise
Tortoise has always somehow felt more like a music project than a band—their music is ambient, it’s abstract, and with epic drums and vibraphones, they always kill on rhythm. Catch them here in Williamsburg at a rare intimate performance where they’ll be playing jams from their most recent album, which was just released in January.
The Hall At MP, 470 Driggs Ave. | 8pm, $25 tickets 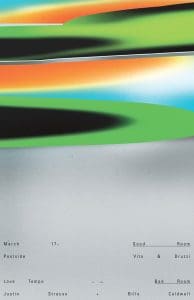 Friday, March 17th
Poolside (DJ Set), Vito & Druzzi, The Rapture DJs
This one will definitely rock, so if you’re not out getting sloshed on Guinness and singing Irish drinking songs this dance party will probably be more of your scene.
Good Room, 98 Meserole Ave. | 10pm, $10-$15 tickets

Friday, March 17
Sunn O))), Big Brave
Bring earplugs and prepare for full-body vibrations while being immersed in bottomless drone metal. Some might call it relaxing, others would call it noise. But it’s definitely gonna be epic.
Knockdown Center, 52-19 Flushing Ave. | 8pm, $30-35 tickets 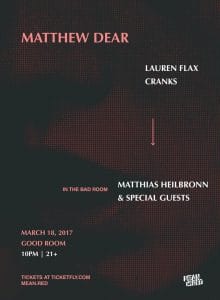 Monday, March 20th
Tennis
Check out this Denver indie pop duo for free a couple days before they hit the big stage at Bowery Ballroom.
Rough Trade, 64 N 9th St. | 6pm, FREE with album purchase starting 3/10 to get your wristband

Wednesday, March 22
Palehound, Leapling, Haybaby, Tall Friend
This is the kind of venue where you want to see Palehound’s gentle jams and artful songwriting performed—it’s indie, it’s intimate, and feels like you’ve been let in on a secret.
Sunnyvale, 1031 Grand St. | 8pm, $12 tickets 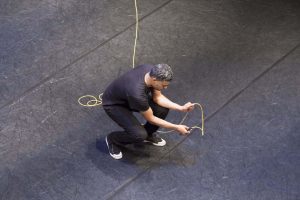 Saturday, March 25th
SOHN, William Doyle
SOHN’s new album is the tits, and if James Blake did anything to your brain back in 2011, we have a feeling SOHN’s soulful electro pop will similarly blow your mind.
Warsaw, 261 Driggs Ave. |8pm, $20 tickets

Sunday, March 26th
Sound Bath with Katie Down
While not a traditional show per se, a good sound bath will align your chakras in a more subtle way than a metal show at St. Vitus. “Sound Baths are deep listening experiences using therapeutic drone instruments such as quartz crystal and Himalayan singing bowls, tuning forks, monochords and voice to balance the autonomic nervous system—which has shown to reduce symptoms of stress, pain, and anxiety.”
Maha Rose, 97 Green Street | 7pm, $40-45 tickets

Tuesday, March 28
Buke & Gase Residency/Improv
Lots of cool collaborators—from the likes of Deerhoof, Mr. Bungle and Dawn of Midi—will be taking part in Buke & Gase’s improv sets. Check the Facebook event page closer to the date to see who the surprise guests will be.
Union Pool, 484 Union Ave. | 8pm, $10 tickets

Thursday March 30th
Four Oceans
“Together they explore new sonic spaces, evoking distant or nonexistent traditions, references to forgotten or freely invented cultures, and sounds that transport the listener to fantastic worlds the rest of us will never see. It is a music of sparse determination and internal revolution. They will be joined by a visual artist tbd.” Ok, then.
National Sawdust, Wythe Ave & North 6th St. | 7pm, $29 tickets 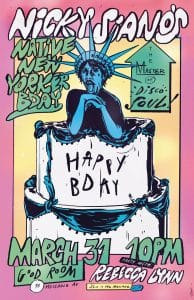