There’s been a lot happening in the food world, Greenpointers! Let’s play catch up.

First off, Bushwick’s famed Roberta’s (261 Moore Street) has sure come a long way from making their pizzas on a portable grill, jailhouse decor and topless servers—they are officially coming to the Williamsburg waterfront, in the new Domino complex. We can expect them to open in Fall 2019. END_OF_DOCUMENT_TOKEN_TO_BE_REPLACED

END_OF_DOCUMENT_TOKEN_TO_BE_REPLACED 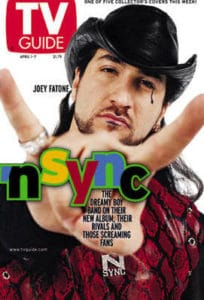 Hard to concentrate on telling you about Greenpoint shows, I keep re-playing Metallica’s new track on my speakers after what sixty years since their last release. And I’m not even a Metallica guy. 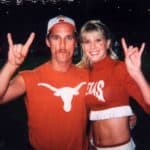 Parked next door on the couch is my 78-year old Turkish mother-in-law barking Çok guzel! at the music. In Turk-speak, that’s the equivalent of wiggling devil fingers in delight.

Around town this weekend, we’ve got drag queen disco at Good Room, punks & Detroit rock at Sunnyvale and Shea Stadium, and a Slip ‘N Slide with musical accompaniment outside Roberta’s. END_OF_DOCUMENT_TOKEN_TO_BE_REPLACED

The New Warsaw Bakery will be moving to a new location, after 20 years on Leonard. We will miss the smell of fresh baked bread wafting down the street, but luckily they’ve promised to keep the family business alive elsewhere (maybe even another spot in Greenpoint).

We also got a disturbing piece of news: an unidentified buyer snapped up a large development site on the waterfront, known as 49 Dupont Street, meaning that an additional 3 residential towers could be built there (that’s in addition to the 10 Greenpoint Landing towers).

On a happier note, the NYC beaches open for the Summer Season this weekend! We got word that Rockabus won’t be running this year, but you can still take the NYC Beach bus to sandier shores (starting 5/26) and apparently they give you free Sixpoint on your way. END_OF_DOCUMENT_TOKEN_TO_BE_REPLACED