Opening on Monday (4/22) inside of A/D/O (29 Norman Ave.), Sunday in Brooklyn (348 Wythe Ave.) will introduce their new food and bar program at the space where Norman previously operated.

The new restaurant “Provisions by Sunday” will be open every day 8 a.m. – 4 p.m. and will feature an abbreviated menu of their signature brunch menu items and cocktails. The space and restaurant will be available to host private events of up to 600 guests as well.

The “Provisions by Sunday” residency will run through early summer, and the Sunday in Brooklyn team said that a brand new restaurant at A/D/O is to follow in a statement, .

Ultimately, the Sunday Hospitality team (Todd Enany, Adam Landsman, Jaime Young) will reimagine the food and beverage experience at A/D/O, launching a brand new restaurant with partners JT Vuong and George Padilla (formerly of Williamsburg favorites, Okonomi and YUJI Ramen). Together, they are excited to build a new home in this burgeoning neighborhood and to share their community-minded philosophies and guest-focused experiences.

A new feature of the service at Provisions by Sunday gives customers the ability to place orders from their phones. “There will be people in the space helping to sort of take orders…instead of trying to flag someone down to order food or drinks, you’ll be able to order from your phone whenever you want something,” said Adam Landsman from Sunday in Brooklyn.

While the popular live jazz brunch from the Norman-era is not expected to make a return, Landsman said that the interactivity of art, design and food in one space was a major draw and that art installations by A/D/O are planned.

Seasonal Scandinavian restaurant, bakery and bar, Norman (29 Norman Ave.) will close after brunch on March 3, following two years of operation inside of the A/D/O co-working and event space. “Our lease ran up with A/D/O, and we had signed a two-year lease; they will be pursuing a new restaurant partnership,” Jenny Pura, director of marketing, said.

As far as opening a new Norman location in Greenpoint, she said there’s no announcement to share: “I think it’s probably a little too early to definitively say that, but we are doing our best to move our Norman team to our other properties in New York so that nobody’s without a job,” Pura said.

On March 3rd, Norman’s partnership with A/D/O will come to end after two years in Greenpoint. Built as a space for creative exchange, the collaboration between Norman and A/D/O was always intended as a rotating space for culinary innovation and emerging talent. As our partnership comes to a close, we are honored to have served as the incubator’s inaugural restaurant partner, feeding some of New York City’s most groundbreaking entrepreneurs.
– Team Norman

END_OF_DOCUMENT_TOKEN_TO_BE_REPLACED 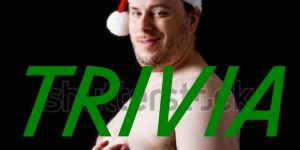 ♦ Meet the Confetti King! @ City Reliquary (370 Metropolitan Ave.), 7pm, FREE w/ admission, The biggest confetti event in the country is New Year’s Eve in Times Square. Did you know that all the confetti is tossed by hand? The man who makes it all happen is Treb Heining.  He’ll be in New York to run the confetti operation at Times Square for the 27th consecutive year, and will make an appearance at the City Reliquary to talk about his work! Learn what it takes to be the Confetti King! More Info
♫ Autograf @ Schminanski (54 N. 11th) 9pm, $12-25, Buy Tix
♫ Loveless Records and Friends Holiday Spiral @ Kinfolk 90 (90 Wythe Ave.), 9pm, FREE, More Info
♫ Nevermind – ’90s Alternative (& Pop) Nite @ St. Vitus (1120 Manhattan Ave.), 11pm, FREE w/ RSVP, RSVP END_OF_DOCUMENT_TOKEN_TO_BE_REPLACED

The Best Greenpoint Restaurants When You’ve Got Kids 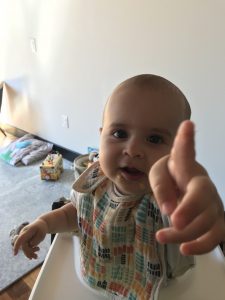 Lifestyle changes happen when children enter the picture and “family time” becomes the new thing. As far as dining out goes, parents need to either get a babysitter for the occasion or find some haunts that are child-friendly. Most of us that live in Greenpoint (and New York City in general) can’t quite get enough of the cuisine this city has to offer, so it’s good to be in the know about places to take the kiddos.

Babies under 6 months or so usually are very portable and can easily slide into a booth with you in a cozy carrier or right next to parents snoozing away in a stroller. But once your kids are a little bit older, the dining challenges begin to present themselves.

This list isn’t for entertaining children (i.e. kid-themed or places with kid menus, etc) as most of those restaurants are in Manhattan and also have a specific vibe. It’s for when you need a restaurant you’d like to go to with little ones in tow and not worry about whether or not everyone will be welcome. END_OF_DOCUMENT_TOKEN_TO_BE_REPLACED

Norman Avenue was not always called by its present name. It was once Third Street and then Union Street. Volckert Dircksen, the oldest son of Dirck Volckertszen, built his house near Bushwick Creek on Norman Avenue between Manhattan Avenue and Lorimer Street about 1700. The house is long gone, but near where it once stood is one of the prettiest houses in Greenpoint, 61 Norman Avenue, a cute wood- frame house set off the street with a gorgeous garden in its front yard. Before the street was created Norman Avenue was part of the beautiful Meserole Orchard, and the trees remind me of the ancient orchard. END_OF_DOCUMENT_TOKEN_TO_BE_REPLACED

But that’s not all you’ll get at Meyers Bageri. From now through the end of the year, Meyers is hosting an evening pop-up called Knightshift, which features a menu from Mads Refslund, formerly of Acme in NoHo and an alum of (you guessed it) Noma. Refslund’s gearing up to open his own Williamsburg restaurant in 2018 (with the badass, ‘Game of Thrones’-esque name ‘Fire And Ice’), and he’s using Knightshift as a test lab for recipes, techniques, and presentations. END_OF_DOCUMENT_TOKEN_TO_BE_REPLACED

Despite being so centrally located, Irene’s is somewhat of a mystery. Perhaps most Greenpointers are unfamiliar with the bar’s philosophy:”it’s happy hour all the time,” which I verified as TRUTH. Irene’s prices are actually equivalent to happy hour deals, all the time – we’re talking $2 drafts and dirt-cheap mixed drinks. I repeat: all day and night long. END_OF_DOCUMENT_TOKEN_TO_BE_REPLACED