Do you want to give your tastebuds an ass kicking? Well then. Oxomoco is here and they’d love to have a word, er, meal with you.

The dynamic wood-fired Mexican tacqueria (128 Greenpoint Avenue) will enchant you with their spicy margs, but you’ll want to stay for their savory tacos and decadent chocolate desserts. We took a spin around the new airy and vivacious space and did loads of taste testing and cocktail sipping. Our verdict? It’s simply d-i-v-i-n-e.

END_OF_DOCUMENT_TOKEN_TO_BE_REPLACED

If you’ve ever wondered what’s up with that dwarfishly charming building sitting empty on Greenpoint Avenue for quite some time, the former plumbing store will soon give birth to its new life as a Mexican restaurant, Oxomoco (pronounced oh-shoh-moh-coh). With 30 outdoor seats, they’ll be taking full advantage of the fact that the quirky little building is set back from the street. Chef Justin Bazdarich is at the helm, and his other (Italian) restaurant Speedy Romeo is known for its wood-fired ‘za. So the restaurant will put an emphasis on the fire concept, with two wood-fired ovens reportedly as the restaurant’s centerpiece. Oxomoco is an Aztec deity, goddess of the night, astrology and the calendar. She is also the “first woman,” the Aztec equivalent to Eve. No word on an opening date, but they are hiring—and we predict they’ll be open by summer for outdoor drinking/margarita season! END_OF_DOCUMENT_TOKEN_TO_BE_REPLACED

Taculito (little ass tacos) is a Mexico City-style taco popup on Friday nights at Brooklyn Safehouse (120 Franklin Street). The chefs, Giovanni Cervantes and Maria Romero, both have creative day jobs and thought it would be fun to fill the taco void in Greenpoint by sharing their kitchen skills and love of traditional Mexican street food. Giovanni is a portrait photographer with a Greenpoint studio and Maria is a textile and fashion designer. Giovanni grew up in Mexico City and lived there until he moved to New York in 2011. Maria was born in Mexico City, raised in Spain and returned to Mexico for college, arriving in New York after a stint living in Italy. Because of their backgrounds, they share a deep affection for authentic Mexican food, which can be difficult to find in New York City. END_OF_DOCUMENT_TOKEN_TO_BE_REPLACED

Hot Sauce, Summer in the City: A Scorching Afternoon with Heatonist

One of the great things about writing for Greenpointers is occasionally getting to watch dreams transform into reality.

When I first met Heatonist founder Noah Chaimberg, it was on a bitter, snowy Sunday morning back in February. He was shivering on the doorstep of a Wythe Avenue construction site, kindly waiting to greet me and explain his zany vision for a spicy future. He was part-way through a Kickstarter campaign, with the hope of raising enough funds to turn said construction site into a hot sauce tasting room and events space, complete with the world’s first hot sauce sommelier. END_OF_DOCUMENT_TOKEN_TO_BE_REPLACED 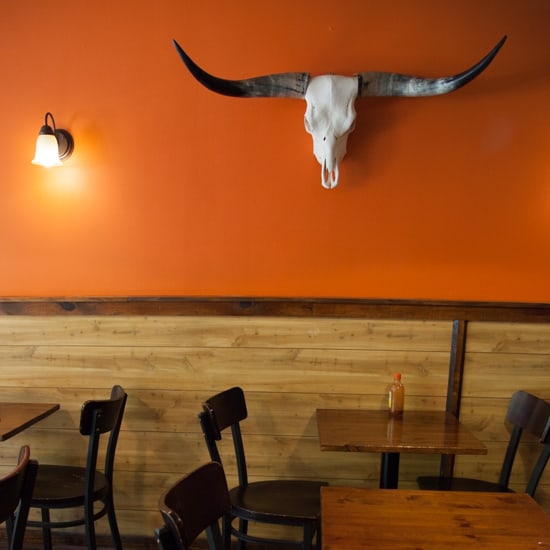 El Toro Ironworks (formerly El Toro Taqueria) is my most local of local Mexican joints. Their tacos were the first takeout I ordered after moving into my apartment (flashback to the days I used to diligently illustrate my meals(!)) and I still pop in whenever I want something super-quick for dinner.

In January, long time Greenpoint resident Sebouh Yegparian took over ownership of the restaurant, seeking a change from the many years he’d spent working in the music industry. Whilst he’s kept the overall feel of the place the same, he’s gradually implementing new elements to make the eat-in dining experience even more enjoyable. END_OF_DOCUMENT_TOKEN_TO_BE_REPLACED 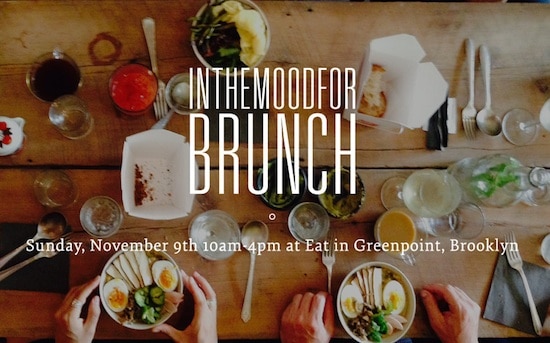 There’s a lovely Mexican-inspired pop-up brunch going down at Eat this Sunday (124 Meserole Ave, between Leonard and Eckford Streets).

It’s $30 prix-fixe for the mouth watering menu below and you can book online HERE. END_OF_DOCUMENT_TOKEN_TO_BE_REPLACED

Lucky Luna (167 Nassau Ave) had its soft opening on Thursday night. The restaurant aims to bring together the best of Mexican and Taiwanese street food and serve up good-quality versions in a casual restaurant setting. END_OF_DOCUMENT_TOKEN_TO_BE_REPLACED

Food lovers of Greenpoint! Only three weeks in and 2014 is already looking to be the year of the eatery. A whole host of new cafes and restaurants are popping up on our fine, frosty streets and whilst some are still hanging their awnings and smoothing down the plasterwork, others have already flung open their doors to beckon us in. END_OF_DOCUMENT_TOKEN_TO_BE_REPLACED

Little Dokebi: A Delicious Taste of Korea in Greenpoint

Little Dokebi (85 Driggs Ave) has been open for just over a month and already it’s a huge hit.  So popular, in fact, that when we recently tried to go for a mid-week dinner the wait was over an hour-long. Fortunately, when we returned for Saturday brunch it was much easier to get a seat, though this may have had something to do with the fact that it was the snowiest day of winter so far! END_OF_DOCUMENT_TOKEN_TO_BE_REPLACED

This recipe is one of those vegan recipes you can put in front of any carnivore with no need to specify. Not because it tastes like meat, but because it is gosh darn delicious!
A vegetarian friend told us about Vegucated, a documentary that made him turn vegan. We put off watching the documentary, knowing that it would motivate us to make the switch, too. After we finally watched it, Jon and I looked at each other and said, “We have to, right?” I won’t go into detail, but I will tell you that if you are an animal lover, then even cheese is not really that cool. Animal cruelty aside, don’t even talk about global warming if you eat meat. The amount of energy it takes to make meat, from the water and petroleum based fertilizers to grow the animal feed through processing the final “product” is astounding. Why can’t we just live in ignorant bliss?
So now we are vegans! (That was a sarcastic exclamation point.) Well we are vegan-ish; we are not perfect. It’s been difficult to retrain our brains but we are surviving and Jon is really a vegan whiz chef. The idea to make these Baja Style Oyster Mushroom Tacos just popped into his head. As a tough fish taco critic, I think these are a lot better than fish tacos. And that isn’t the vegan talking.

Baja Style Oyster Mushroom Tacos
• Make a beer batter with some flour and beer, salt and pepper. The batter should be the consistency of thick pancake batter and not too watery. Coat oyster mushrooms in the batter and deep fry in vegetable oil. Season with salt and pepper.
• Top with chipotle mayo, which can be easily made by mixing some mayonaise or veganaise with canned chipotle peppers or chipotle sauce in adobo.
• Top with corn salsa, made with chopped red onions, red peppers, corn, tomato, cilantro and lime.
• Top with fresh shredded red cabbage.
• Serve on your choice of corn or flour tortilla.