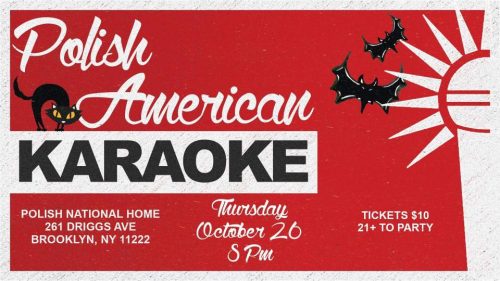 For all you Halloweeners out there, here are our top picks for some fine spine chillin’ in North Brooklyn. Whether you’re in the mood to dance the night away with DJs, see rad costumed cover bands, freak out at scary movies, compete in a costume contest, take a zombie terrarium class or participate in a basement seance, our neighborhood has truly an abundance of choice this year.

GIF-O-Ween at Brooklyn Bazaar
Sponsored by GIPHY and presented by Animation Block Party, GIFOWEEN is a Halloween-themed animation loop contest!
This party will feature the official launch of GIPHY PRESENTS: GIF DANCE PARTY, a fully immersive dance environment that allows you to finally become dance partners with all your favorite online characters at once!
Brooklyn Bazaar | 150 Greenpoint Ave.
8pm-12am, FREE, Costumes highly encouraged
RSVP on Facebook

END_OF_DOCUMENT_TOKEN_TO_BE_REPLACED

Recently this column discussed where to find comprehensive listings for live music in and around Greenpoint. We ran some contenders head-to-head and came up with a champ.

This week I’ll let you know about some places to find listings for obscure shows. You know, the ones that are more suited to your weird tastes that nobody else gets, except your sparse cadre of friends.

I’m not a big karaoke guy. Those private karaoke rooms take too much planning i.e. friends flaking out at the last minute for the get-together. Then to sing you have to wait your turn, haven’t been much good at waiting in line since grade school and it’s even worse now when alcohol is involved.

Mondays there’s the longstanding live band karaoke at Arlene’s Grocery in the city. But read back over that sentence. Mondays. In the city. Good luck on that sub-zero bike ride over the Williamsburg after the show. But it is fun once in a while. END_OF_DOCUMENT_TOKEN_TO_BE_REPLACED

Thursday aren’t the only night at One Stop Beer Shop

It’s no surprise that One Stop Beer Shop on Kingsland Ave was included in New York Magazine’s Where to Drink? 2012 on a Thursday night. The Kings of Karaoke are there, throwing the best karaoke party in Brooklyn! Plus Greenpoint artist Subtexture’s work, a series called Street Shadows is looking great on the walls. 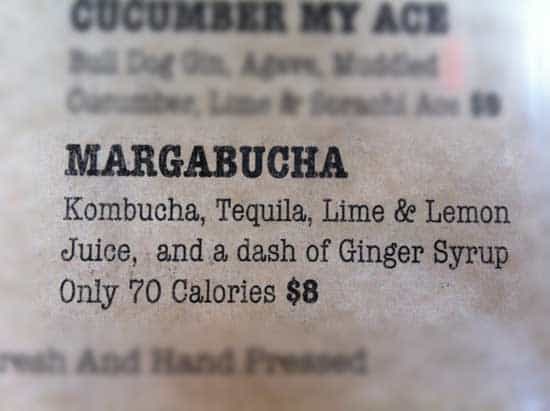 But it’s not the only night to enjoy awesome drink AND food. On Memorial Day we popped in for some beer and A/C, which was pumping. The Margabucha, on the beer cocktail menu caught my eye. I’m still not sold on the idea of beer cocktails, but I love kombucha, and aside from the tequila, this actually looked good for me. Well it tasted good for me, too! Not too sweet, just how a good margarita should be.

We got to looking at the food menu (they serve brunch on weekends but alas it was Monday) and we ordered the Brussels Sprouts with Bacon and Mushrooms along with the Chorizo, oh my! The dishes were the perfect size (and price) for sharing, and they were delicious.

I look forward to eating my way through the rest of the menu.

While the former Onyx was closed for renovation before the grand reopening this Saturday as the newly named Greenpoint Heights, I received a very concerned email that read: “We’re all worried! It’s our favorite place to hangout up here by McGolrick!”

We agree. The former Onyx has special Greenpointers memories since it’s the first place all the writers met when the blog changed hands. We sang amazing karaoke and bid Justine farewell; a too fun night that I am happy I don’t have pictures to show for!

Some people may be put off by the new name but change is not always bad. It’s a great bar, with friendly owners, an amazing outdoor space with opulent fountains (I hope those stay), good artwork, nice drinks and really delicious tacos and enchiladas. The Monday karaoke there rules! A perfect spot for meeting with friends if you live in the Winthrop Park area and beyond. The new name just takes some getting used to. I won’t be surprised by any backlash since Winthrop Park was changed to McGolrick Park over 50 years ago and I have been beaten into using the old name. As Joel said when he first reviewed the soon to be Greenpoint Heights, it’s far better than SewTrePla.

Whatever the name, we need that convenient awesome bar and are happy to see it reopen this Saturday December 3, 2011. The festivities will begin at 3pm-4am, and will include food, beer and whisky. It’s going to be a good time!

Six Nights with the Kings of Karaoke

For four minutes and seventeen seconds, nothing else mattered.

I won’t go so far as to say that I didn’t think of anything else.  I had all the usual karaoke thoughts – “is this really what I sound like?”  – but it can’t be argued that there’s a better way to make yourself focus than to put yourself as far out of your own skin as only a microphone and a room full of strangers can.

Last week’s six-day karaoke bender started for me as most benders do – a few drinks in when the whole scene seemed loud, new, and fun.  It was my first night at that hidden (which truth be told describes the better part of creation for me) gem of a bar, Onyx, hanging out with a bunch comprised mostly of The Greenpointers staff.  Karaoke had long since broken into a steady stride, with the musical selections from the crowd covering a broad swath – your standard barroom hits interspersed with some surprising selections, most notably Kate Bush’s Wuthering Heights and a rendition of Avenue Q’s More You Ruv Someone, both of which were pulled off with style and gusto.  Although talent was amazingly strong on Monday, there was still room for me to butcher (half) of Islands in the Stream, and the vibe was overwhelmingly friendly and energetic.

The real show-stopper, though, was the energy generated by the night’s MC, Nithya, which was powerful enough to destroy sensitive electronics and stun small mammals.  After watching as she killed songs in a way that made you want to kill one too (she’s actually not a tough act to follow, despite being singularly talented at karaoke), we struck up a conversation in which it was discovered that Jen G. had actually photographed her in the past.  After feeling the energy in the room and hearing about The Kings of Karaoke’s six-night weekly tour, I knew what I was doing that week: going deaf and loving it.

Rock on after the jump. END_OF_DOCUMENT_TOKEN_TO_BE_REPLACED

Regardless of your singing talent or lack thereof, karaoke is fun. Drinking and karaoke is even more fun.