Recently this column discussed where to find comprehensive listings for live music in and around Greenpoint. We ran some contenders head-to-head and came up with a champ.

This week I’ll let you know about some places to find listings for obscure shows. You know, the ones that are more suited to your weird tastes that nobody else gets, except your sparse cadre of friends.

And regarding this weekend’s local shows, you’ll find New Wave, rock, and folk acts featured below.

First, I have to say GP’s own Oriana has me totally beat this week. She already found, and told you about, the three-peat victory of Honduras, Guerilla Toss, and Tall Juan playing at Aviv this weekend, before the club’s lease runs out at the end of October.

Aviv seriously just needs in Greenpoint a floor-through apartment with backyard from an awesome Polish landlord, that’s what’s always worked for us.

Also Oriana found hip-hop karaoke playing at a great place to photobomb bachelorette parties in the GP, and probably what we should consider a disturbing number of artists exhibiting Star Trek-inspired art at a tattoo parlor.

Here’s my list of recommended bands, starting with the Aviv mention. One thing we’ll miss there is their great, and sometimes unadvertised, opening acts that would normally headline on their own.

For Saturday’s show, if you show up at the doors at 6 PM, that means Psymon Spine, Sports., Surf Rock is Dead, Yours Are the Only Ears, and Kississippi.

If you haven’t heard of Surf Rock is Dead yet, it’s not ’60s-style surf rock, it’s more Manchester-intoning and ethereal than that. But it’s still perfect after returning home from riding the 8-foot swells that are expected in the Rockaways tomorrow (in my case, with body alone – screw the board).

For this weekend they made me aware of Love As Laughter playing on Saturday at Market Hotel in Bushwick, and Black Sabbath running a mariachi mash-up through Metalachi at the Knitting Factory on Thursday.

The Metalachi listing is far away from the Labor Day weekend, but at least it gives you the chance to buy tickets before it sells out, and it also reminds me that The Rad Trads are also at the Knitting Factory next week. They play Tuesday night, and their bluesy country sound is a good way to make you forget that you had to go back to work that day.

Here’s some tracks from those bands to entertain you.

Metalachi’s online bio claims that all members of the band were conceived one night in Veracruz in ’82 after their father (a member of the village jai alai team) and mother ingested a whole mess of horse tranquilizers together.

Returning to where to find out about local concerts, your best way of discovering new, possibly obscure, but really good bands playing nearby is to listen to (cue every reader under 40 years old rolling their eyes in 3…2…1) radio shows that do listing announcements on the radio every hour, like those on WKCR and WNYU, Columbia and NYU’s student-run stations. 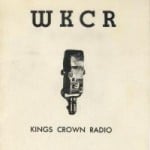 At WNYU, you’ll be able to hear about upcoming club gigs at The New Afternoon Show (they cover all genres), and Crucial Chaos (for punk, hardcore, and noise). At WKCR, listen in to The Moonshine Show, for bluegrass concerts, and The Tennessee Border Show, for traditional country acts. 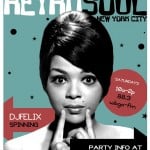 Also WFDU takes over WNYU’s signal on the weekends. Catch Crash on the Levee for traditional folk and bluegrass listings. And Rhythm Revue on WBGO has been announcing local soul dance DJ happenings for over 30 years, and producing its own dances over much the same time.