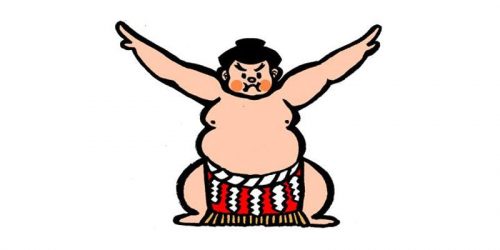 END_OF_DOCUMENT_TOKEN_TO_BE_REPLACED

Kettl has been offering a wide variety of Japanese-sourced teas to customers around the globe since 2013. This leading purveyor of teas and ceramics has been offering North Brooklyn residents and visitors the experience of modern tea culture at its year-old outpost in Williamsburg. If you follow the narrow stairway above the Japanese restaurant Okonomi (150 Ainslie Street), you’ll find their small brick-and-mortar shop.

“Being above Okonomi is wonderful because they have such a strong pull of customers coming daily,” says Zach Mangan, the owner of Kettl. “People will often see the sign for Kettl and come upstairs. The brands are very aligned—if you enjoy traditional Japanese breakfast and ramen, you are likely going to be interested in the ceramics and the tea at Kettl.”

END_OF_DOCUMENT_TOKEN_TO_BE_REPLACED

For the past few years, an under-the-radar celebration of all things sumo has been regularly taking place at Brooklyn Brewery. Hosted by photographer Michael Harlan Turkell and owner of The Brooklyn Kitchen Harry Rosenblum, the evening centers around chankonabe, the stew sumo wrestlers consume while training and a live stream of grand tournaments. But the stew isn’t all there is to eat, there’s bento boxes, Japanese whisky, shochu, sake, tea, and Brooklyn Brewery’s own beers on tap for every guest. And the 17th round of Sumo Stew is next Wednesday, the 15th. END_OF_DOCUMENT_TOKEN_TO_BE_REPLACED

Osakana’s refrigerator is nearly empty—what’s on display is what’s up for grabs. “In the US we catch fish by the net, but in Japan they catch with a rod,” Osakana manager Emma Kramer said. It’s a reality her team must deal with—as a fishing and island nation, Japan will always have the upper fin, as it were. But it’s not a fact that will hinder Osakana’s near sacred handling of food. END_OF_DOCUMENT_TOKEN_TO_BE_REPLACED

A new Japanese restaurant opened in Williamsburg on Friday. And pay attention because it’s most likely going to be one of the hottest dining spots of the summer.

Cherry Izakaya, (138 N 8th) is the hip younger sibling of the swanky Cherry at Dream Downtown. The ‘Izakaya’ part of the name comes from the term for a Japanese bar serving small plates of food usually meant for sharing. END_OF_DOCUMENT_TOKEN_TO_BE_REPLACED 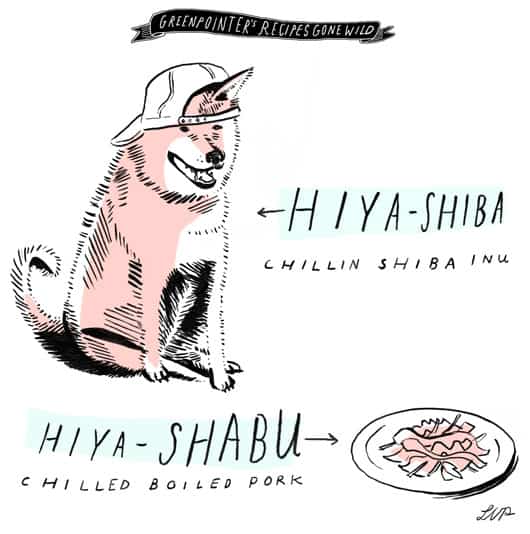 This week’s lesson in language, and cooking for that matter, comes from Greenpointer’s own Yuka Miyata, who you may know from our Greenpointer’s markets (like the Spring Market happening next week Sunday! Y’all should come by for food, fun, crafts, and more). I asked Yuka what she likes to cook when the weather gets warmer (and veggie-roasting season has ended), and she answered my call with this beauty of a recipe for Hiya-Shabu— a chilled take on shabu-shabu made with thinly-sliced pork, infused with refreshing ginger and scallion, sprinkled with shiso leaves and drizzled with a soy-sesame-ginger-herb sauce. Whoa… Yum! END_OF_DOCUMENT_TOKEN_TO_BE_REPLACED