Speaking of additions, Citi Bike will add 2,500 docking stations between Williamsburg and Manhattan, and 1,250 new bikes system-wide, to help contend with L-Pocalypse.  END_OF_DOCUMENT_TOKEN_TO_BE_REPLACED 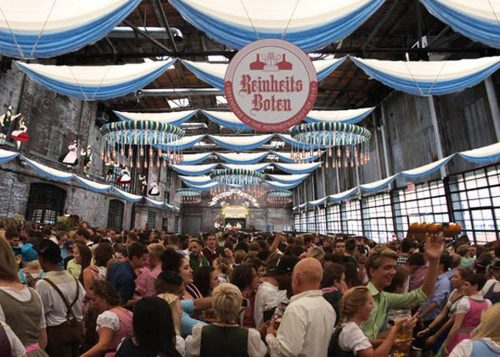 Get a rare glimpse inside a historic neighborhood landmark, The Greenpoint Terminal Warehouse (67 West St) this weekend (Oct 20-22) when it opens its doors to host an authentic Munich festival tent, complete with Bavarian blue & white ceilings and tables imported from Germany. 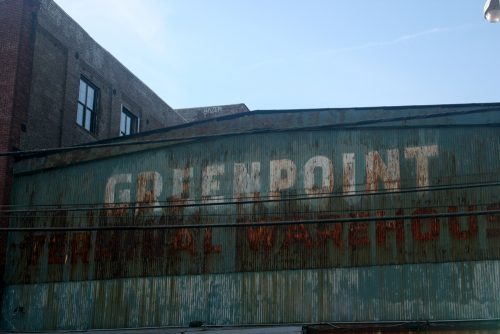 At one point the company occupied sixteen buildings and was Brooklyn’s largest employer with four thousand people, mostly females. The great local writer Margaret Wise Brown’s father was Vice President of the firm, but the majority of the people who worked there were newly arrived immigrant women who worked fifty-six hour weeks for low wages, making rope. Many of the immigrants who settled in Greenpoint first came to work in the plant. Initially, it was the Polish and later in the 1920’s, Puerto Ricans. They were recruited on Puerto Rico and brought here on a special ship. END_OF_DOCUMENT_TOKEN_TO_BE_REPLACED

Now with flames under control at CitiStorage, FDNY and local city agencies have started the arduous task of cleaning up and assessing what remains from the damage. Yet for those managing the wreckage, dealing with complaints of poor air quality and dodging the mounting conspiracy theories rippling in intensity across the neighborhood might prove more difficult to contain than the fire itself.

END_OF_DOCUMENT_TOKEN_TO_BE_REPLACED

It’s an art exhibition that is named as it functions, as an oxymoron: EVERYONEONLY —a curated mural project of only twenty-three artists who were originally selected for an art exhibition at Randall’s Island for the Governors Ball Music Festival this past June. But now at Succulent Studios (67 West Street, 5th floor in Greenpoint), END_OF_DOCUMENT_TOKEN_TO_BE_REPLACED