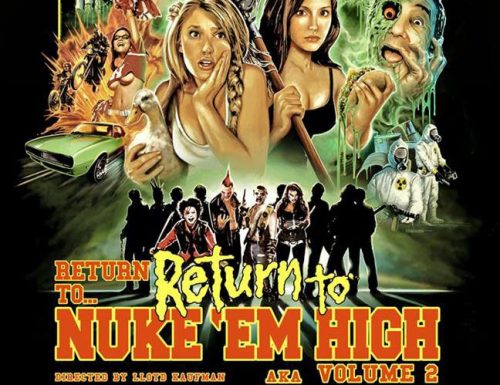 Get ready to scream: a new splatter film is coming to Film Noir Cinema (122 Meserole Avenue) from April 26 to May 2.

Kauffman is most well-known for The Toxic Avenger and Tromeo and Juliet, and his new film is the final chapter of the epic Class of Nuke ‘Em High series. In the Volume 2, Lauren and Chrissy, two lesbian lovers, must face and defeat the most corrupt and evil forces ever to descend upon Tromaville, and the world.

The original Class of Nuke ‘Em High opened in New York City and major markets in the 1980s and is considered an independent classic. Director Lloyd Kaufman is bringing Troma’s lesbian love story back to his hometown, where he has made feature-length movies for 50 years, 45 of them with Troma, his filmmaking company.

Kaufman will be in attendance the three nights for a Q&A. The feature runs 85 minutes and tickets are $15 each. Catch the gore, destruction, and oozy goodness in Volume 2’s epic trailer.

Now celebrating 45 years of filmmaking, Troma Entertainment, Inc. is the longest running independent movie studio in North America, and perhaps history. For 50 years, Mr. Kaufman has been making one of a kind movies in New York, such as The Toxic Avenger, Class of Nuke ‘Em High, and Tromeo & Juliet. In Troma’s 45th year, and Lloyd Kaufman’s 50th year, the company has discovered major talents like James Gunn, Eli Roth, Trey Parker, and Matt Stone.

North Brooklyn is a hub for film. There are countless big name shows and movies shot and produced here, production design warehouses dot the industrial backstreets of the neighborhood, plus there are giant soundstages, and we have some pretty significant annual film festivals held here. And of course, we’ve got a small handful of quirky indie cinemas in the ‘nabe too: Film Noir (122 Meserole St), Light Industry (155 Freeman Street), the soon-to-be-opened Stuart Cinema & Cafe (West Street & Milton), Videology (308 Bedford Ave), Syndicated (40 Bogart St), and Spectacle Theater (124 S 3rd St) in South Williamsburg.

Spectacle is run entirely by volunteers, and shows rare cinematic gems, often with live scores, interactive performances and filmmaker appearances. It’s BYO-snacks and very DIY, and they keep ticket prices real with most screenings costing only $5.

They’ve just launched a fundraiser to purchase a new projector, as their old one sings its swan song. They write: END_OF_DOCUMENT_TOKEN_TO_BE_REPLACED 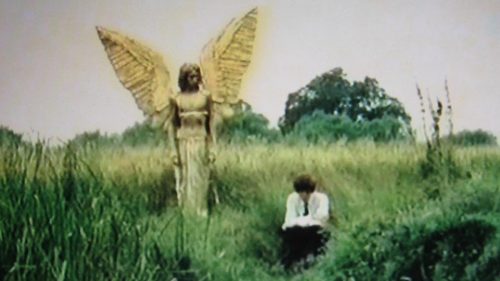 Greenpoint’s unique indie filmhouse, Film Noir Cinema (122 Meserole Ave), is once again teaming up with the Miskatonic Institute of Horror Studies to bring you an illustrated talk on the folk horror film Penda’s Fen (1974), which has only recently been unearthed for public viewing. According to the Institute, the film “…culminates with the most euphoric revelation in British cinema: “My race is mixed. My sex is mixed. I am woman and man, light with darkness, nothing pure.” The event is tomorrow night, January 9th from 7pm-10pm at Film Noir. If you wish to purchase tickets, they are available for $12 each, here.

The class will be led by Sukhdev Sandhu, editor of The Edge Is Where The Centre Is, a limited edition art book about the film. The interactive talk “will explore its topographies and febrile contexts – experimental public broadcasting, avant-garde arcadias, the rural uncanny, a mid-70s Britain that teetered on the brink of civil war, the rise of eldritch England.”

We’re giving away a pair of tickets to the class! To enter, visit our Facebook page by clicking the link below, and enter your email so we can notify you. Winners will be chosen at random. END_OF_DOCUMENT_TOKEN_TO_BE_REPLACED

In a time when almost every other video rental store has closed its doors, it feels like a miracle that Greenpoint’s beloved Film Noir (formerly at 10 Bedford Avenue, and previously profiled by Greenpointers in 2014) has not only survived, it’s expanding.

On March 31st, owner Will Malitek moved shop and opened a gorgeous, 54-seat art house cinema at 122 Meserole Avenue. You can still stop in to browse and rent hard-to-find titles. But now, even better, you can also catch carefully curated screenings of cult classics and underground films in an intimate neighborhood movie theater. Check out what’s playing on their site.

We stopped by to talk with Will about how he got started, his new location, and what Film Noir Cinema has in store for the future.

END_OF_DOCUMENT_TOKEN_TO_BE_REPLACED 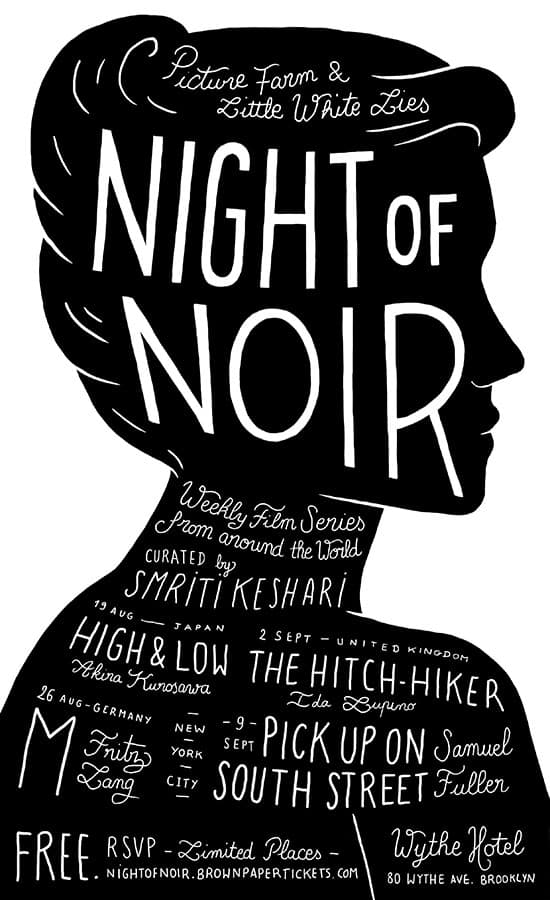 From SummerScreen to SummerStarz to Nitehawk Outdoors and more, there has been no shortage of free movies in North Brooklyn this summer. The selections tend towards straight forward entertainment, often in celebration of youth culture reminiscent of the recent past. They’re the kinds of movies that work ok as a backdrop while you sit in the park with friends and converse in not-so-quiet whispers in between sips of your wine or beer. It’s budget friendly and fun. And it doesn’t really matter what movie is playing.

Not the case in “Night of Noir.” It is not only indoors in a proper screening room, but the overall event is very much centered around the movie. Each selection is part of a curated series of classics from a much earlier era and inspires thoughts like “There were heroin addict dens then?” as opposed to “What is Alicia Silverstone up to now?”

For those of us who are not so well versed on movie making history, “Night of Noir” can easily be misinterpreted. You might have imagined a Wednesday night scene drinking tasty cocktails amongst a sophisticated well-dressed crowd watching some flick in black and white. END_OF_DOCUMENT_TOKEN_TO_BE_REPLACED 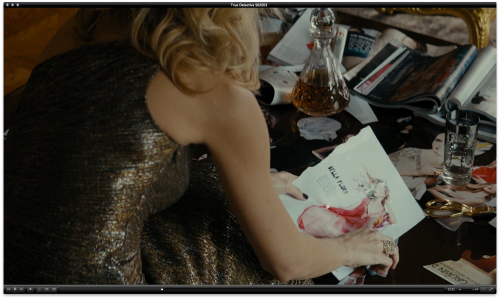 You might have noticed Tal Shpantzer’s photos in True Detective’s third episode. If not, sneak a peek above as Shpantzer’s  photos grace the Vinci mayor’s house. Symbolic imagery for the mayor’s wife, perhaps?

When we heard that Film Noir (10 Bedford Ave), our local destination for cult-favorite film rentals, had started handing out monthly flyers that curate a small selection of recommended films, we wasted no time in heading over to talk to owner Will Malitek about this refreshingly anti-technology customer service concept.

With the recent news that the Greenpoint video store Photoplay is closing today, our profile comes at just the right time to remind you that you have another excellent place to take your business. You might just learn something new when you stop by, too. END_OF_DOCUMENT_TOKEN_TO_BE_REPLACED