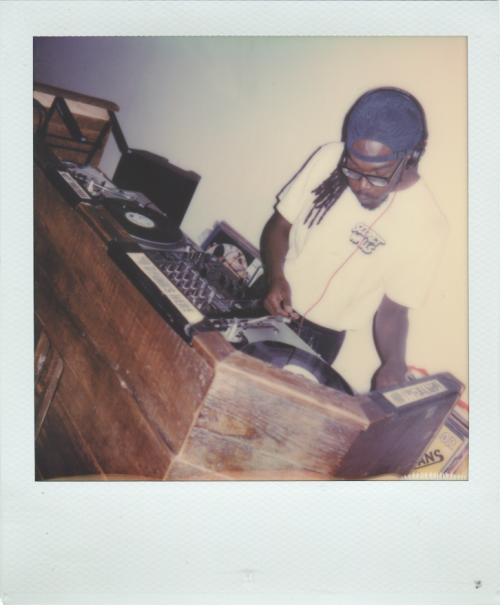 Brooklyn celebrates artists of all stripes, but it’s rare you get one as versatile as Josh Craig. A professional DJ and, now, also a zine publisher, Josh has been a staple in the Brooklyn community for a few years. Now, he’s pulling double duty as he paves the way for his new publication, 11-18. Get to know this disk-spinning neighbor in this week’s Thursday Spotlight!
Greenpointers: Do you live in the neighborhood, and if so for how long? How’s it treated you?
Josh Craig: Currently I’m residing in Mallorca, Spain but I’ve been in Greenpoint for a good three years now.  It’s treated me well. I’ve made some solid relationships, leveled up as a creator here and built my 1st home recording studio.
How did you get your start as a DJ, and what advice would you share with young artists getting their start?
I got my start DJing as a kid in New Jersey going to DMS parties on Fulton Street in Newark and making mix CDs for my friends with the Jersey Club tracks everyone loved at the raves we attended. Those mix CDs were my first stab at DJing. It wasn’t until I moved to Bushwick like six, seven years ago that I started playing records in clubs. Shouts to KLIENFELD of Suavehaus who put me on game.

The advice I have for any young artists getting started is to play what you feel in ya heart. Play your friends music not just top 40. Support only what is real and invest in some turntables. Vinyl helps too.

END_OF_DOCUMENT_TOKEN_TO_BE_REPLACED

Rooftop + Fireworks + 8 Hours of Party = An Epic 4th at Elsewhere 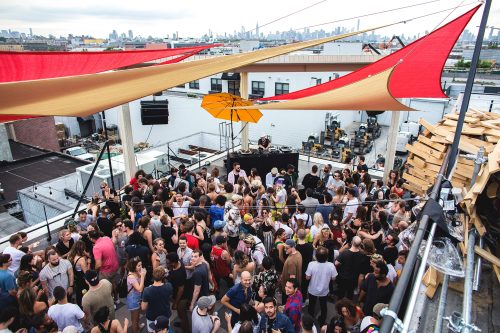 The PopGun crew is celebrating Fourth of July on the Elsewhere Rooftop! They’re hosting an eight-hour party with tons of talented local homies spinning house, disco, soul and more all night, plus food and fireworks. Here’s the link to buy tix.

Of course, it wouldn’t be a proper 4th without a cook-out and lucky for you, Holy Ground BBQ will satisfy your munchies with pulled pork, chopped brisket, and char grilled veggies.

Here’s a preview of who’s providing your soundtrack for the 4th:

END_OF_DOCUMENT_TOKEN_TO_BE_REPLACED

Brooklyn deep house DJ duo Bedouin are bringing their infamous Ibiza club night SAGA to Brooklyn Mirage (140 Stewart Ave) tomorrow—along with Matthew Dekay, SIS, Sainte Vie (Live), Wild Dark and Lovecraft. If you’ve never been to Brooklyn Mirage, it’s an experience unlike any other in the city, with the vibe of a Vegas-meets-Coachella megaclub that was beamed down from a spaceship onto an industrial street in Bushwick. On Wednesday, the epic multi-leveled outdoor venue with views of the city will feature immersive art, custom visuals, performers and of course a bangin’ soundtrack to match. Tickets are available on Resident Advisor.

We’re giving away a pair of tickets to tomorrow’s shebang, so visit the Greenpointers Facebook page below for a chance to win! 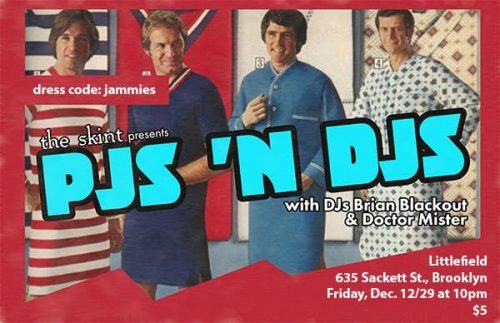 Dance off 2017 in comfort before the New Year at the third annual PJs ‘N DJs Party, Friday at Littlefield (635 Sackett Street) starting at 10pm, with indie rock and electropop DJs Brian Blackout and Doctor Mister (picked by Time Out New York as two of NYC’s best nightlife DJs). What to wear? “Fashionable flannel sets, oversized t-shirts, silk slips, or even one those fleece onesies with the animal heads.” Tickets are only $5, more info available here.
RSVP on Facebook
Category: Events | Tags: Brooklyn, dance, DJ, littlefield, the skint | 0 Comments 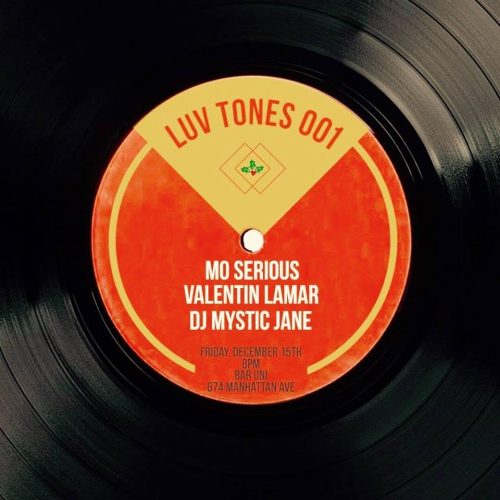 END_OF_DOCUMENT_TOKEN_TO_BE_REPLACED

His royal highness of disco soul, Nicky Siano, has been popping up in North Brooklyn recently, having just DJ-ed Good Roof at Dobbin St (64 Dobbin St) this past Sunday. He’s thrown down the funk all over the world since he was 16 years old: he was an original resident DJ at Studio 54, helped launch Grace Jones’s career, and these days he’s still killing it on the dancefloor. You can dance your ass off for six hours as he spins at Good Room (98 Meserole Ave) on Friday, August 25th. We were lucky to be able to ask him a few questions about DJing, Brooklyn and politics.

GP: How is the Brooklyn club/dance scene different from Manhattan? Is the vibe different?

Nicky: The Brooklyn club scene is more like Manhattan in the seventies, exciting and fresh. I love the vibe all over the city; unfortunately, no great clubs are opening in Manhattan, or they can’t exist there… I am loving the Brooklyn scene. After all, I live in, and was born in Brooklyn, but back then it was a dangerous, racist, prejudice place. I was mugged regularly, and constantly called faggot—it was a painful time for me. I would walk down the street afraid to exist—that’s why I moved into Manhattan at sixteen.
END_OF_DOCUMENT_TOKEN_TO_BE_REPLACED

We sat down with Roosevelt before he dipped into a 5-hour-long rehearsal session in Brooklyn to discuss his new Remixed EP, touring with a girl, and what he means by “the European way.”
END_OF_DOCUMENT_TOKEN_TO_BE_REPLACED 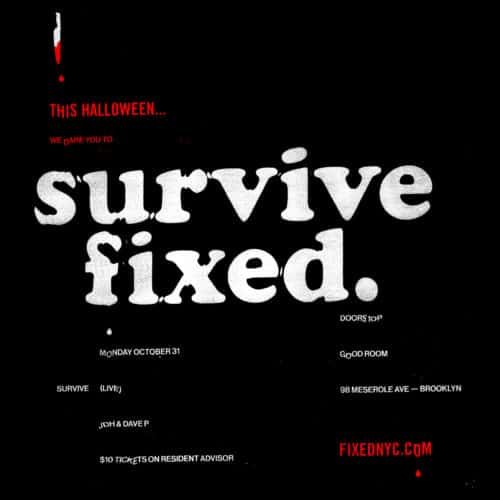 For this special show, Greenpoint’s own JDH and Philly’s Dave P are thrilled to be playing once again with Survive, whose Kyle Dixon and Michael Stein are behind the popular 80s nostalgia Stranger Things soundtrack, having played together recently in Joshua Tree and Survive’s hometown of Austin, Texas. According to JDH, he and Dave had been very impressed with the quartet’s live performances and enjoyed their cinematic sound. Obviously, Survive was the ideal partner for their Halloween show. END_OF_DOCUMENT_TOKEN_TO_BE_REPLACED

If you’ve grabbed a coffee at The Lot Radio (17 Nassau Avenue), or have ever wandered the streets behind the High School next to McCarren Park, you may have seen the Franciscan church San Damiano Mission (85 N 15th Street). If you didn’t, then you should take note. The church and local independent streaming DJ radio station The Lot Radio have been teaming up to put on benefit shows inside the church, with viewers in the pews and musicians at the pulpit. Praise. All performances are free with a suggested donation (usually $10), and always feature an interesting musical artist or three; a few months back, I attended a show with an experimental French electronic DJ who played objects as instruments.

So, it’s a church—but there’s beer, wine and a full liquor bar for donation—and the super cool friars Nick and Raphael are serving up the drinks. Seriously, they’re the most awesome bartenders you’ll ever meet, and will gladly give you a hug if you smile and even just slightly befriend them. Hugs are great! And the venue is truly beautiful. All of the money raised benefits the church and the repair of their massive pipe organ (we will cover that in a future feature story), which was originally installed in 1912. END_OF_DOCUMENT_TOKEN_TO_BE_REPLACED