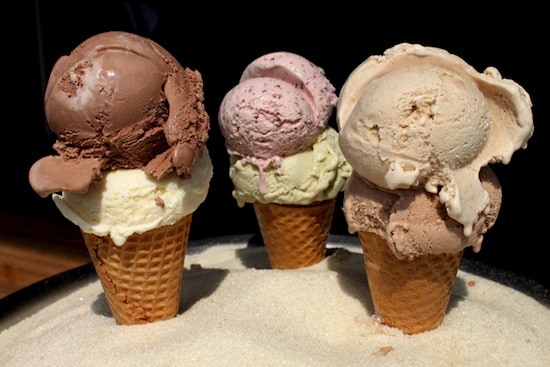 The all-natural Greenpoint ice cream company was started in 2008 by Laura O’Neill and Ben and Pete Van Leeuwen, who set out to make ice cream using the finest possible ingredients. After initially selling their wares locally from two buttermilk-yellow ice cream trucks, rapid success soon saw them opening their own brick-and-mortar stores around NYC, and even branching out to LA, where they currently operate two trucks and have new stores in the pipeline. Their upcoming Williamsburg flagship is a marker of just how rapidly their ice cream empire has grown.

“The new store’s going to be housed in a really big space on Wythe at North 5th”, Laura tells us (recently back from SxSW where she performed with her band Laura and Greg). “It’s 1200 sq ft, double the size of our East Village store which is currently our largest. There’s going to be room for 50 seats, spread between booths, counter stools and window seats.”

The store is being designed by husband and wife duo Carpenter & Mason, who were also behind Van Leeuwen’s gorgeous West Village and Greenpoint interiors, as well as that of Greenpoint Fish & Lobster.

“Having the extra space at the flagship location is really exciting as it means we can stock a whole lot more ice cream flavors’, Laura says. “We also want to start making our own waffle cones in store, which will be awesome.”

The Van Leeuwen team currently produce all their ice cream out of the kitchen behind Selamat Pagi, their Balinese restaurant on Driggs Avenue, but they are soon moving to a much bigger production space elsewhere in Greenpoint.

“We’re looking forward to the move as it means we’ll be able to produce our ice cream on a much larger scale and also hope to start running classes from there once we’re settled in”, says Laura. 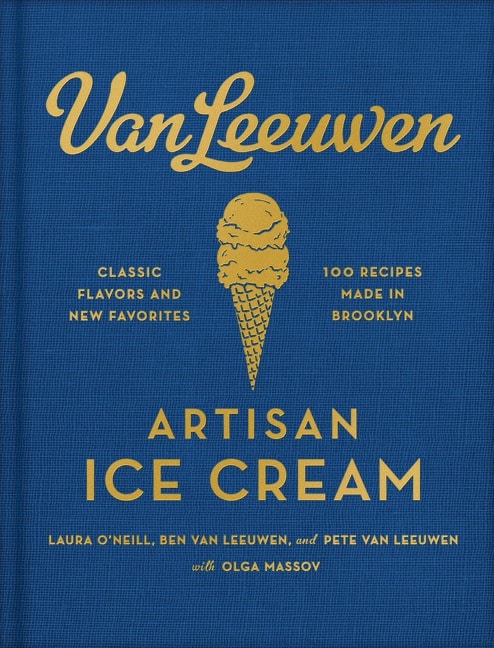 The new flagship store and production HQ aren’t the only things that the ice cream dream team have on the cards however, and this June will herald the launch of the Van Leeuwen recipe book. Published by Harper Collins offshoot ‘Ecco’, the hardcover book is a real beauty and holds over 100 recipes for ice cream and other sweet treats.

The ice cream bible includes all the Van Leeuwen dairy and vegan classics as well as recipes for divine sounding flavors such as rhubarb crumble, coconut avocado, and salted peanut butter with chocolate covered pretzels. It also tells the lovely back story for the Van Leeuwen team, their ethos,  and the company’s Greenpoint roots.

If you can’t contain your excitement for the cook book then at least you can soon get along to the new flagship store to work out which ice cream flavor you’ll try your hand at making first.  Watch this space for the official grand opening date…