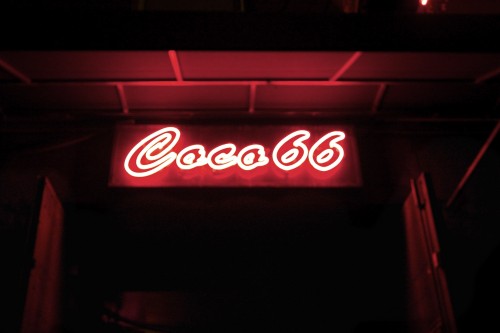 Saturday night’s Greenpointers-sponsored showcase at Coco66 turned out to not only yield an impressive lineup of bands from near and far, but it also brought to light some pretty badass women musicians on the indie scene (more on that in a bit). Opener and Julliard-trained St. Lenox kicked off the evening’s festivities with a unique sound that blended classical, electonica and soul genres with powerful vocals to accompany – a spot-on prelude for what was to come.

The Pinz, a trio from Jacksonville, Florida, produced an energetic, characteristic Warp Tour sound reminiscent of Wavves-meets-Green Day, (circa “King of the Beach” and “American Idiot,” respectively). Arriving from a prior show in Times Square, it was clear that they were at the height of a big performance day, but it was in no way reflected on stage – they were having fun, engaging the crowd, and demonstrating an obvious rapport among themselves as they jammed on. And this was where the badass rocker chick theme first surfaced. Their drummer? She may or may not have stolen the show with her catchy hooks and uninhibited mastery of the drum set, heavy on the punk and 1960s surfer rock beats. 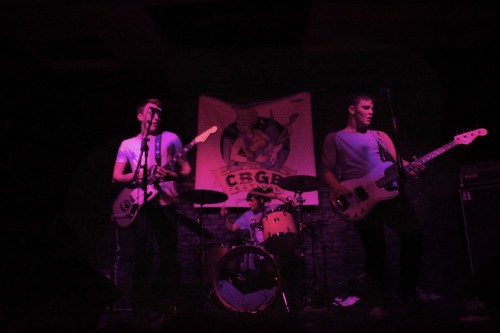 Next up was Shyboy, an LA-based quartet headed up by namesake DJ Shyboy, Jason Arnold. His band churned out tunes that were a little bit soul, a little bit rock, and a little bit West 4th Street jazz club, with his powerful vocals driving and uniting the urgency and purpose of each song. A strong keyboardist and bassist bound together the heart of each composition, while the drummer artfully balanced various tempos in the versatile song lineup. Shyboy’s voice reminded me of that of Monsta’s vocalist – an instrument-based, nearly sample-free electronic dance music group – minus the Webster Hall-worthy discography. Mid-performance, Shyboy busted out a Miley Cyrus cover of “Wrecking Ball” to mix things up, but was clear that hardcore classical training formed the backbone of each musician’s pedigree. 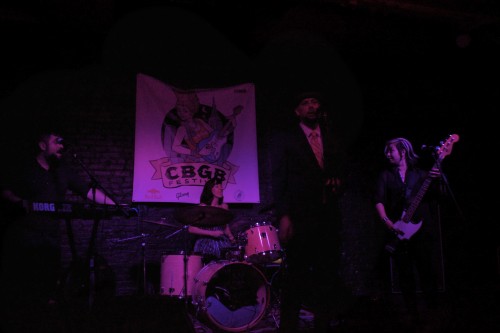 Hello Phones, an electro punk new wave band out of NYC, headlined the night with keyboard, synth, and sample-laced melodies. Gentle vocals by lead singer/keyboardist/synth-player DonnaFran evoked lightness and calculated restraint, immediately conjuring up associations with the early work of the Yeah Yeah Yeahs. The final performance emanated a mellow conclusion to the night’s performances, rounding out a vibrant succession of promising artists. Moreso, Hello Phones firmed up a theme highlighting standout female musicians in up-and-coming indie bands, evidence of which was interspersed throughout the night. 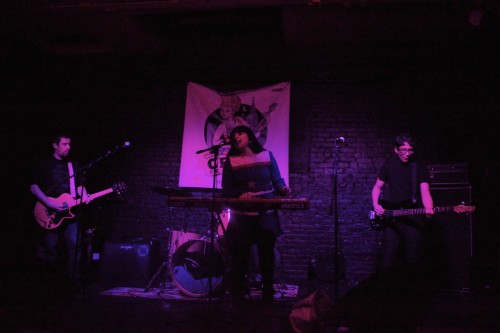 Overall, the CBGB Festival showcase at Coco66 was a great, versatile addition to the weekend lineup at one of Greenpoint’s best nightlife venues. The four groups complemented each other and brought very different skill sets and sounds to the stage. Coco66 is an excellent and underrated music venue in the neighborhood, so I encourage you to check out their Facebook page for upcoming shows. Plus, who can beat their $6 drinks?