But speaking of Japan, some other choice nuggets to be found this week includes making wasp shouchuu, an alcohol like Vodka  with fermented giant wasps.  The whole process takes three years and it’s maker says that its properties create “beautiful skin, recovery from fatigue, and the prevention of ‘lifestyle disease'”. Uh huh.  And have we mentioned Japan’s love for Ray Charles in animatronic form?

Then there’s Clydesdale. Homeless man with no teeth, but a great beard shows us facial skills that we’ve never seen before. Random guy finds random guy in public and posts to the Internet; Collective desire to give money away to strangers ensues.

I gave $7. I thought this guy kind of ruled, not just with his strange skills, but also his personality. I showed a friend this video and she was like, What do you think he’s going to do with his money? I was like, buy drugs, I don’t know. My seven bucks is no strings attached, he’s earned my Internet respect. 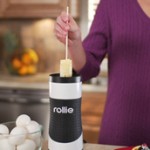 In strange new products news, we’ve got the Rollie EggMaster, the most useless egg cooker ever, that doubles as an adult toy, wait, maybe not.  Apparently it’s a revolutionary way to cook eggs into a big nasty log for $40. 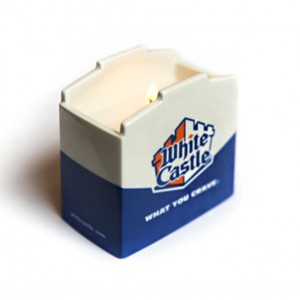 If that doesn’t get you excited, how about the White Castle Original Slider Hamburger Scented Candle to raise awareness for Autism. Just what you want your apartment to smell like right?
In more local media news, we’ve been learning more and more about the public lives and private issues of the Sesame Street character panhandlers of Times Square. Just in case walking through this nauseous part of midtown wasn’t enough, there’s grown men dressed as Cookie Monster pushing around two year olds.

Then there’s anti-semetic Elmo, not to be confused with one more Times Square character, Super Mario, who is a bit of a groper. 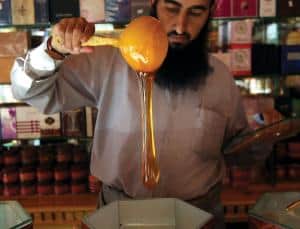 In pop science news, scientists have finally figured out why syrupy liquids are so stringy.  They used a mathematical model to predict how small waves of disturbance that occur naturally within fluids affect the drizzles. It is these waves that determine the length of the drizzles.. Now you know.  At if you’re not aware that we are due for the wonderful, fun loving Cicadas, consider yourself warned. Better yet, DIYers along the East Coast are being asked by RadioLab to make underground thermometers since the bugs won’t take flight until the earth is 64 degrees eight inches down, but you knew that already, right? Mmmm.. and don’t forget to put enjoy some delicious Cicada Pizza, too.

Lastly, if you haven’t seen Google’s new 3D option for seeing you point A to point B, go check it out. Enter two addresses and look for the little 3D button. If you have seen this already, then check out Google Street View Hyperlapse, which animates your planned journey. I created one HERE which begins at our Dobbin Street office and goes to Court Square, beware though, it only runs in Google Chrome and slow computers not so much.

Did I miss some choice discharge from the Internets? Let me know for next time. Now step away from your computer, go outside and breath in that amazing Greenpoint air!