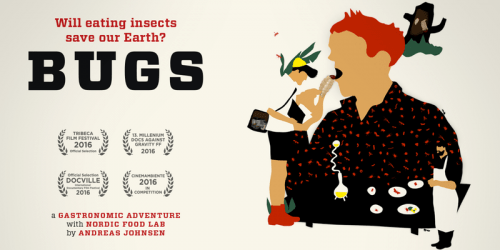 This Saturday (4/8), Videology (308 Bedford Ave.) will be screening the film BUGS, along with a Q&A session with the film’s protagonist and the film’s director. The event starts at 11am, with the film beginning promptly at 11:15am and running for 75 minutes. Your ticket includes a welcome drink, a packet of edible crickets from Aketta, and a pipette tasting of grasshopper and bee larvae garums.

Get your tickets here!

But speaking of Japan, some other choice nuggets to be found this week includes making wasp shouchuu, an alcohol like Vodka  with fermented giant wasps.  The whole process takes three years and it’s maker says that its properties create “beautiful skin, recovery from fatigue, and the prevention of ‘lifestyle disease'”. Uh huh.  And have we mentioned Japan’s love for Ray Charles in animatronic form? END_OF_DOCUMENT_TOKEN_TO_BE_REPLACED