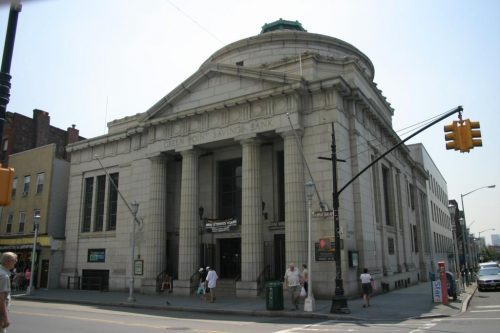 There were some major Real Estate stories in the news this week. First, Greenpoint Savings Bank (807 Manhattan Avenue) has been sold to investor Jack Terzi for $10 Million. While still under-long term lease to Capital One, the building may become retail space in the coming years.  END_OF_DOCUMENT_TOKEN_TO_BE_REPLACED

Brace yourselves. Greenpoint is getting more towers.

Believe it or not, it’s true. Developers think Greenpoint is the capital of cool. So cool in fact, even a London-based private equity firm called Quandrum Global, is the latest real estate developer to pony up on our waterfront action.   END_OF_DOCUMENT_TOKEN_TO_BE_REPLACED

It’s important that I write to you today to let you know about our newest sponsor Greenpoint Landing Associates, the development group building the towers on the waterfront.  END_OF_DOCUMENT_TOKEN_TO_BE_REPLACED

As expected, Council Member Stephen Levin voted to approve the proposed development at 77 Commercial St yesterday (12/19) . That means that the city can officially sell the “air rights” of 65 Commercial St to the developers to build higher towers at 77 Commercial. END_OF_DOCUMENT_TOKEN_TO_BE_REPLACED