The Environmental Protection Agency released a control plan for Newtown Creek to divert 61 percent of the raw sewage and wastewater that overflows into the superfund site each year.

END_OF_DOCUMENT_TOKEN_TO_BE_REPLACED

Once the site of a Halloween rave that never happened, and the superfund site of a former plastic manufacturer, NuHart Plastics is the location proposed for a new Greenpoint school as part of a deal with new development Greenpoint Landing. But community members are up in arms—because superfund does not equal superfun—and hundreds of locals have signed a petition to protest the school being plopped down on the site. Tonight, there’s a meeting you can attend to discuss the matter. Councilman Levin’s office is hosting the meeting along with Neighbors Allied for Good Growth. 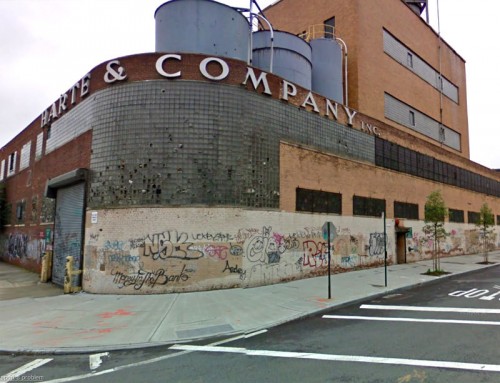 The former NuHart Plastics site has been snapped up by a developer. In a 55 million dollar deal, All Year Management has purchased the 335,000 sqft lot that includes 22-36 Clay St., 280 Franklin St. and 49-93 Dupont St. The site, home to an ill-begotten halloween rave in 2015, is so contaminated that it’s considered a superfund site, but All Year Management still plans to build a residential complex with at least two buildings.  END_OF_DOCUMENT_TOKEN_TO_BE_REPLACED

Radio(active) City: Is the Wolff-Alport site a new priority at the EPA?

New York City is a super city. We have it all. But sometimes, having it all means warts-and-all, as is the case with the city’s three Federal Superfund sites. Superfund sites are areas designated by the federal government as hazardous toxic waste disposal sites. The Superfund program holds polluting manufactures liable for the waste their businesses leave behind, and provides compensation, cleanup and emergency response services for the environment and communities surrounding the sites. New York’s Federal Superfund sites — The Gowanus Canal, our very own Newtown Creek, and the Wolff-Alport chemical site in Ridgewood — are a potent reminder of the city’s industrial past, and, perhaps, a new cause celebre in Washington.  END_OF_DOCUMENT_TOKEN_TO_BE_REPLACED 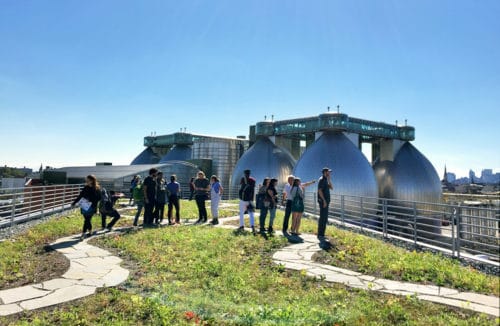 This Saturday (June 3rd), you can tour the beautiful rooftop at Kingsland Wildflowers (520 Kingsland Ave), learn about the future of Newtown Creek at a community visioning workshop, and take a look back to its industrial roots with local historian Mitch Waxman. These events are all free and open to the public. 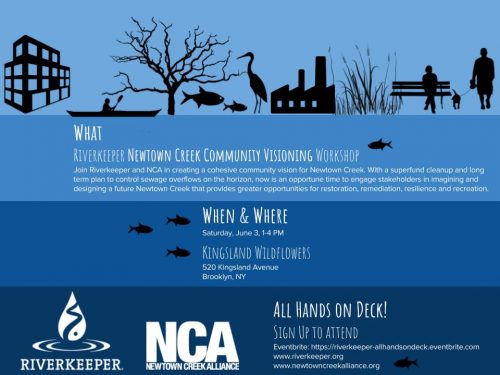 Join Riverkeeper and the Newtown Creek Alliance in creating a cohesive community vision for Newtown Creek. With a Superfund cleanup and long-term plan to control sewage overflows on the horizon, now is an opportune time to engage stakeholders in imagining and designing a future Newtown Creek that provides greater opportunities for restoration, remediation, recreation, and resilience. RSVP

END_OF_DOCUMENT_TOKEN_TO_BE_REPLACED

We in Greenpoint know better than to swim in the toxic, bacteria-laden Newtown Creek. We might soon be exposed to the contents of the creek regardless through a proposed aeration plant that would go in the Dutch Kills area of the creek.

The U.S. Army Corps of Engineers is accepting public comment on the matter through Monday, April 4, and the Newton Creek Alliance drafted a letter in strong opposition  (PDF) to the current plan.

The process of aeration increases the water’s oxygen content levels to support marine plants and fish, which were depleted after a century’s worth of industrial pollution and wastewater overflow. The air bubbles travel from installed pipes at the bottom of the creek, releasing oxygen bubbles — but the air doesn’t stop there.

A 2012 study by researchers at Columbia’s Lamont-Doherty Earth Observatory found that the air bubbles transfer bacteria to the air near English Kills, an especially contaminated mile-long area of the creek in Bushwick, Brooklyn. A pilot aeration system was launched at English Kills in 2009. END_OF_DOCUMENT_TOKEN_TO_BE_REPLACED END_OF_DOCUMENT_TOKEN_TO_BE_REPLACED

How Did a Massive Halloween Rave Almost Go Down in One of Greenpoint’s Most Dangerous Buildings?

By now, most of you are familiar with the story of the Cityfox rave that never was. To sum it up briefly, a club promoter sold thousands of tickets to an all-night Halloween fête in Greenpoint’s toxic NuHart Plastics building. Due to intervention from the Fire Department, the party never quite made it to witching hour, but many residents are super pissed that something like this almost went down at a state Superfund site — and across the street from a senior center, no less.

Beyond that, the details are somewhat difficult to follow, which makes it hard to know exactly where to point fingers, even if the impetus is hardly in short supply. Cityfox issued a public apology yesterday, and organizers at Monday night’s NAG meeting made a point to save any rave-related questions for last, but the Q&A session quickly became a sounding board for public outrage. As one resident summed it up, the whole thing was a “huge slap in the face” for a community that’s been impacted by the building’s toxic history and is now grudgingly attempting to trust developers who claim to have its best interests in mind.

Fielding many of these questions was geologist Michael Roux, the environmental consultant for Dupont Street Developers LLC, which bought the NuHart site in 2014. He was joined by Yi Han, a representative of the group. Together, their account was confusing and at times seemingly contradictory to some of the other things we now know about the incident (for instance, Han said the owners never signed a contract, but NAG has supplied copies of the signed party permit on its website. To be clear, the building is owned by multiple parties). Additionally, Roux said that he wouldn’t be “totally forthcoming with everything [he knows],” as he’s been put on notice of potential legal action by the state. It reveals the former locations and quantities of reactive chemicals — the kind that explode when they make contact with water, such as cyanide. In many cases, they’re shockingly close to residential buildings in Brooklyn’s priciest real estate drag. From speaking with a NAG member at the map release event, I also found that the “Hazardous Neighbors” study contains information that’s not available in the ToxiCity Map. END_OF_DOCUMENT_TOKEN_TO_BE_REPLACED

Did you know that North Brooklyn’s industrial legacy left behind an alphabet soup of toxins – TCE, PCBs, phthalates, benzene, and many other chemicals – that’s lingering beneath the surface in many sections of our hood?

On October 20, a beta release of the ToxiCity Map will be hosted at Sunview Luncheonette, located at 221 Nassau Ave., starting at 7 p.m.