After multiple Huron Street residents contacted Greenpointers with their complaints regarding the rubbish surrounding 996 Manhattan Avenue earlier this week, we posted pictures of the site and shared their story.

We are happy to report that the developer BHLD Capital responded within 24 hours by removing the garbage that included an abandoned car seat from 996 Manhattan Ave. as well as bringing the site up to code by installing lights on the scaffolding.

Check out the pics for yourself: 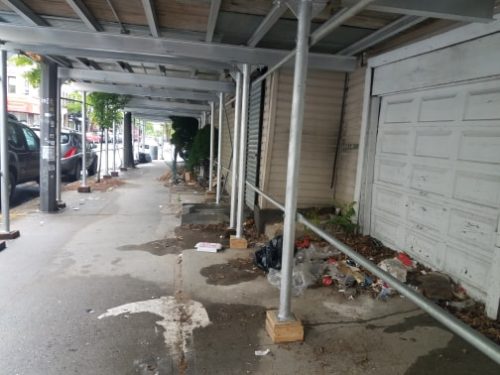 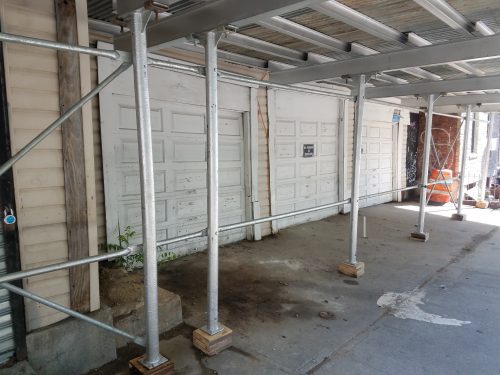 A New Real Estate Brokerage on the Scene 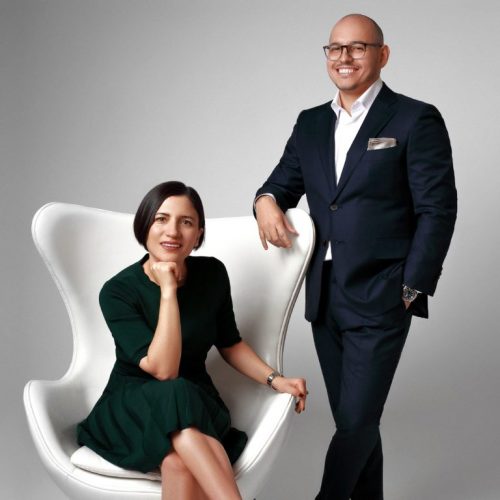 Paper Street Real Estate LLC, headquartered in Downtown Manhattan, has come onto the real estate scene in late 2018. Founded by Kamilla Mishiyeva, a local attorney with 5+ years in the legal industry, previously worked as an agent throughout Brooklyn for several years prior to acquiring her legal education.

“ Real estate has always been on the radar for me even as an attorney since I would constantly have exposure to it on transactional side. As a probate lawyer, assisting with the administration of an inheritance is part of my day to day, and most inheritances always have real property involved whether it is a house, an apartment, or a vacant lot.” says Kamilla.

What led her to open up her own brokerage? She tells us “Getting to closing is already stressful enough considering the fact that you are dealing with the mortgage banker, the seller, negotiating on the price, as well as a whole slew of other nuances taking place until you finally get to the point of being handed the keys to your new home. When there is a broker involved who complicates things and acts unprofessionally, which is what happened in my case during my own apartment purchase, I realized any headache from a real estate agent is not only unacceptable but completely unnecessary. After hearing horror stories about other agents and having to deal with a subpar broker on my own, I realized this industry needed a real estate firm that is fast, competent, and relentless in their client-first approach. That’s why I started my firm, Paper Street Real Estate LLC.”

Her firm concentrates on the Financial District and Battery Park City in NYC but also brokers deals for seller’s in Brooklyn.

You can visit their website at paperstreetrealestate.com along with her probate law firm website at nycprobatelawyer.com. She also operates a bankruptcy practice.

The two incongruent Tetris-esque buildings are part of the 10 building, 22-acre Greenpoint Landing development, bringing 5,500 apartments to the northern-most area of the neighborhood, abutting the  Nuhart Plastics Superfund site and on a Zone 1 hurricane evacuation area (most prone to flooding and future rising tides). One tower will be 30 stories and the second 40 stories with a total of 768,000 square feet of residential space and 8,600 square-feet for retail. END_OF_DOCUMENT_TOKEN_TO_BE_REPLACED

Greenpoint Is Third Most Expensive Brookyln Neighborhood to Buy an Apartment 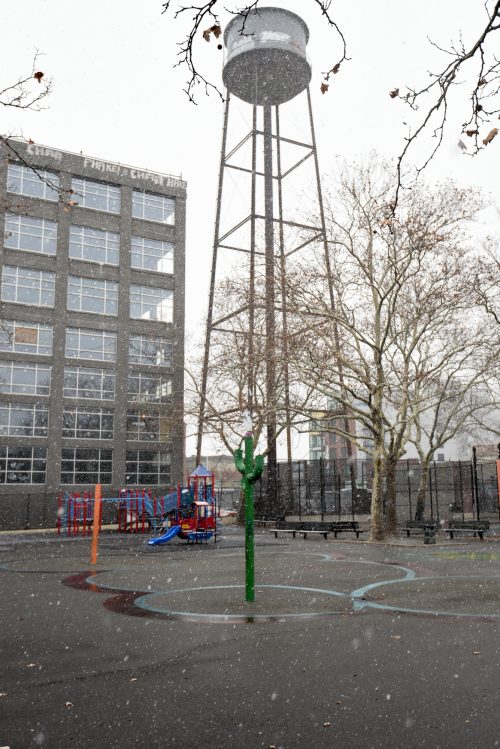 For the study Property Shark calculated sale prices on single-family homes, condos, and co-ops from January to November 2018.

Greenpoint ranks 28th out of 50 for most transactions this year, far behind the Upper East Side, which had the largest number of deals this year with 2,150 transactions. Park Slope and Williamsburg take fourth and fifth place in the number of transactions citywide with 434 and 433 respectively.

The largest price drops this year for median sales prices in Brooklyn happened in the neighborhoods of Manhattan Beach (-24 percent) and Brooklyn Heights (-19 percent).

The new rendering for the planned six-story mixed-use development at 996 Manhattan Ave. was revealed today, NY YIMBY reports, and the inevitable design evokes the future discerning Amazon exec seeking quick access to the Pulaski Bridge for their morning electric scooter commute. The building is currently under construction with 10,565 square feet of residential area and 797 square feet of commercial space planned. END_OF_DOCUMENT_TOKEN_TO_BE_REPLACED

Amazon’s plan to build half of its HQ2 at Anabel Basin in Long Island City,  just a brisk walk from Greenpoint over the Pulaski Bridge, is proving to be a Rorschch test. The homeownership rate in Brooklyn is around 30 percent, leaving the majority of residents in the area feeling the stress of a potential for increased rent, similar to Seatle where rent has risen 39.8 percent over the past fives years.

On the other hand, real estate speculators are salivating at the HQ2 news and see an opportunity for a quick return on investment; online searches for LIC real estate have jumped 300 percent since the HQ2 announcement less than a week ago.

To “help capitalize on local growth,” NYC-based Compound Asset Management, Inc. has launched an “NYC HQ2 Fund” offering an investment opportunity with a “diversified portfolio of properties in neighborhoods such as Sunnyside, Woodside, Astoria, Greenpoint, Maspeth, and Long Island City itself.”

Meet Compound’s newest fund, NYC HQ2. This fund will acquire and manage a portfolio of properties in and around Long Island City, Amazon’s newest headquarters location and will be available to both individual and institutional investors. https://t.co/fAMpsE7miE #AmazonHQ2

Yes, the speculators are coming (in even greater numbers) and are setting their fiesty eyes on the few neighborhoods with remaining charm in NYC. The highest accolades, according to Compound, are reserved for Dutch Kills, the next “It Zone,” a small waterway where raw sewage often overflows connected to the Newtown Creek Superfund. Compound cites in the fact that four luxury buildings are going up at Dutch Kills already. END_OF_DOCUMENT_TOKEN_TO_BE_REPLACED

The Collective, a London-based real estate development firm, will launch its $450 million co-living building at 277 Lorimer St. on the border of Bushwick and Williamsburg by 2020.

The 350,000 square-foot building on the land purchased from Bless Properties for just over $54 million will be Brooklyn’s first co-living building and The Collective’s only U.S. location to date. END_OF_DOCUMENT_TOKEN_TO_BE_REPLACED

It’s been an explosive week here in Greenpoint. While real gunfire rang out on Noble St. on Tuesday, stunt explosions detonated over the Greenpoint Avenue Bridge the very same day.

In Real Estate news, a new behemoth is going up on Manhattan Avenue. The first renderings have been revealed for 1056 Manhattan Avenue, clocking in at 56,746 sqft. of retail and residential space.

One Blue Slip, the first of Greenpoint Landing’s market rate buildings is open for leasing. One-Bedrooms begin at $3,225, and according to the New York Times, 90% of units have water views.

If you want to get River Views without paying an arm and a leg, you can tour the new phase two of Hunters Point South Park in Long Island City.

Do The Time Warp: Greenpoint Real Estate, Circa 1919

In 1919, The Brooklyn Daily Eagle devoted some glowing coverage to Greenpoint, calling our slice of North Brooklyn “the first manufacturing center of the Empire State,” where “the smokestack is as sacred as the steeple,” and “public spirit…is not surpassed in any district in the City of New York.”

Our intrepid content manager, Megan, found the article earlier this week, and we thought the paper gave such a detailed view of life in Greenpoint 100 years ago, we’d do a series on life in the ‘nabe back in the day.

So, Welcome to our first installment of Do The Time Warp, when we look back on life in Greenpoint 100 years ago. In today’s post, we’ll check out Greenpoint’s housing market circa 1919, and delve into what life was like for people who lived here.

It seems that some of the same advantages that draw New Yorkers to Greenpoint today, exerted a similar pull 100 years ago. For example, the Brooklyn Daily Eagle reported that “the close proximity of this district to the center of business life in Manhattan has been fully recognized by the far-seeing manufacturers of the metropolis,” and by homeowners alike.

In fact, homeownership was common in Greenpoint. The paper maintains, “Housing conditions have been remarkably good, and despite the fact that Greenpoint is generally known as a manufacturing district, a large percentage of the dwellings are owned by persons who live on the premises and are employed in or near Greenpoint.” Happily, this seems to have kept Greenpoint “particularly free from that class of undesirable citizens known as ‘rent profiteers’.”  END_OF_DOCUMENT_TOKEN_TO_BE_REPLACED