Even Keel: Wow-worthy Nature Inspired Soaps Made in Greenpoint

I recently had the chance to get burgers and beer with Greenpoint resident En Tsao, in the backyard of Williamsburg establishment The Meat Hook. En is the brains and the creative force behind Even Keel Soap.

Even Keel’s products, in the face of a market flooded with all kinds of natural, organic, and locally sourced ingredients remain unique and fresh.

Macha Jewelry is a witty, brazen little jewelry line that some Greenpointers might not know about. Bernice Kelly started the brand in 2009 and opened her design studio on West Street. Naturally, I had to share these sparkly gems with you. The pieces are certainly pretty but also carry a rebellious edge – it’s fine jewelry with a twist. And, what’s not to love? 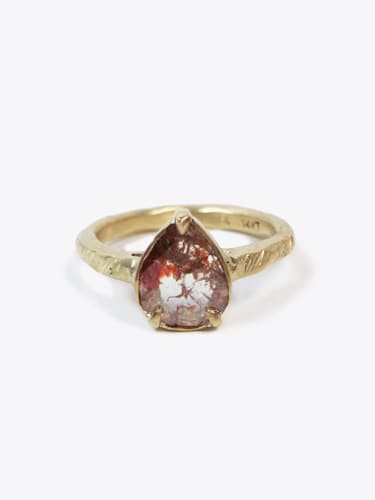 If you’re thinking of making a shiny or glittery splurge this season, check out these ten new arrivals at Macha for your oh-so-cool spring aesthetic. You can also get a peek inside Bernice’s craft at her studio during Greenpoint Open Studios (June 3-4) in a couple of weeks.

END_OF_DOCUMENT_TOKEN_TO_BE_REPLACED 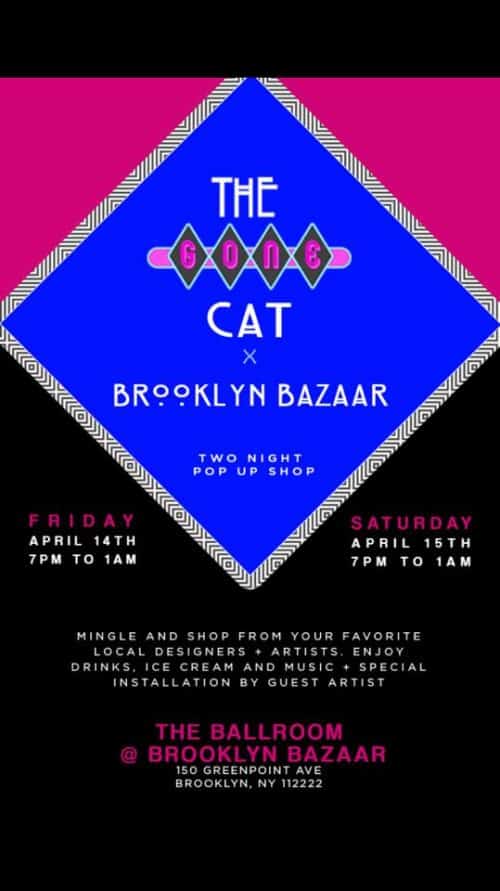 If for some reason you missed out on the dozens of indie designers we hosted last weekend at our Greenpointers Spring Market (it was glorious!), then this weekend you’d do well to check out the popup night market at Brooklyn Bazaar. Shop from and mingle with some really cool independent local designers while rocking out to some sweet jams and sipping your favorite tipsy bevs. We promise it’ll be more fun than the weekend plans you haven’t made yet.

Synth Pop For The Subconscious From Williamsburg’s Lost Valley

Lost Valley is named after a place in the mountains of Maine that Williamsburg musician Nick Crane used to go skiing as a kid; he liked the phrase’s sense of mystery and that it also conjures up a feeling of magic. And it just effortlessly sounds like a band name, the same way his first record effortlessly sounds like it goes deeper than a debut. Lost Valley’s self-titled 7-song EP is totally dreamy and mellow electro pop intertwined with sexy arrangements and a high production value. Behind the scenes it’s a one-man operation, with Nick having written and recorded everything solo—save for a friend who recorded a few live drum loops and another friend who mastered the record. But on stage, Lost Valley is a five-piece band made up of guitars, bass, percussion and vocals, with tight sonic choreography syncing up with projected visuals. The band has only performed live once so far, last month at Legion (790 Metropolitan Ave.), to a sold out crowd.

END_OF_DOCUMENT_TOKEN_TO_BE_REPLACED

Greenpointer Named Secretary of the Army

President-Elect Trump has tapped Greenpoint born Vincent Viola to be his head of the Army. In the early 1960’s, few of the kids attending St. Cecelia’s School on Monitor Street ever imagined that they would be going to school with a member of the president’s cabinet and a billionaire, but Viola would turn out to be a huge local success story.

Viola, born locally in 1956 into an Italian-American family, is the son of a truck driver who served in the military in World War II. Vinny went on to Brooklyn Tech, the best public academic high school, where he was such a good student that he was accepted into West Point, where he graduated from in 1977. He also graduated from the US Army Ranger School and after served as an officer in the 101st Airborne following West Point, reaching the rank of major. END_OF_DOCUMENT_TOKEN_TO_BE_REPLACED

END_OF_DOCUMENT_TOKEN_TO_BE_REPLACED

Through pure charisma, lots of street smarts, and an ardent dedication to his everyday, working class constituents, McGuinness was able to get elected as an alderman in 1919, thus beginning a long and rich political career.  END_OF_DOCUMENT_TOKEN_TO_BE_REPLACED

This week’s photo essay focuses on people that have been in Greenpoint a while and have stories to tell about it. Whether they remember movies at The Chopin Theater or when McGuinness Boulevard was still cobblestone, these folks are everyday guardians of the neighborhood’s history and traditions. If you are lucky enough to see them walking down the street, say hello, politely ask them about their memories of the neighborhood, and get ready for the best history lesson of your life… END_OF_DOCUMENT_TOKEN_TO_BE_REPLACED

Want some Summer reading about our neighborhood? Here’s a list of books related to Greenpoint. People ask me how I researched my account of local history Greenpoint Brooklyn’s Forgotten Past. The answer partially is that I read the books in the list below.

1) Donnie Brasco: My Undercover Life in the Mafia, Joe Pistone
The amazing story of how an Italian American F.B.I agent got into the Greenpoint Mafia, risking his life, but also taking down more than a hundred mobsters.

2) Historic Greenpoint, William Felter
The first book on local history, Felter published his remarkable book about a century ago. It tells the area’s history, but omits the dark chapters of Greenpoint’s Past—well worth a read though. And since it’s out of copyright, it’s free to download. END_OF_DOCUMENT_TOKEN_TO_BE_REPLACED