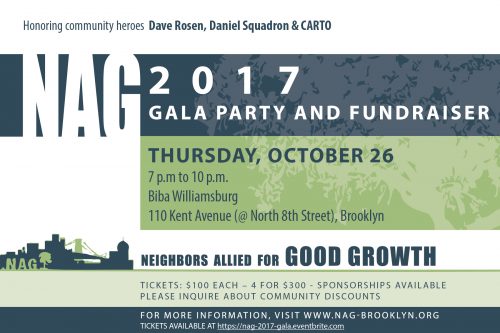 END_OF_DOCUMENT_TOKEN_TO_BE_REPLACED

Chromium? Cadmium? Nickel? Lead? Arsenic…? These heavy metals are not great things to have lurking in the soil at high levels, especially if you’re an avid gardener or have kids playing in the yard. (When I was little, I made mud pies – arsenic pies don’t sound so great.)

END_OF_DOCUMENT_TOKEN_TO_BE_REPLACED

Wednesday night (4/23), a progress meeting on the project was held in Long Island City. Michelle Moore from the New York State Department of Environmental Conservation (NYSDEC) kicked things off, and almost immediately voices were raised questioning funding and lack of progress. Even Joseph Lentol, the New York State Assemblyman that represents Greenpoint, expressed his disappointment at the lack of progress with the project so far. END_OF_DOCUMENT_TOKEN_TO_BE_REPLACED

Local blogger, Miss Heather of New York Shitty stirred up some controversy in early February with a theory about scandal and embezzlement within the ranks of the  North Brooklyn Boat Club (NBBC), in regards to a the organization’s new location. The Boat Club responded with a statement on their site explaining their story and defending the funding.

Then two weeks ago, Queens Crap published this story, calling the NBBC a “phony environmental group,” accusing the non-profit of building a park in Maspeth that the local community doesn’t want. The blog also faulted the boat club for supposedly paying a member $20,000 to paint a mural on the future site of Plank Road.

So why is all this blogosphere hate being spewed at this boat club, which was created to improve the local community and environment? END_OF_DOCUMENT_TOKEN_TO_BE_REPLACED

Currently both projects are in the “pre-ULURP” phase. The first public hearing held by Community Board 1 will be on August 13th, 2013 at 6:30pm at Automotive HS (50 Bedford Ave). END_OF_DOCUMENT_TOKEN_TO_BE_REPLACED Tired of being stuck inside all day? Don’t have a backyard or outdoor space to call your own? Want to get your hands dirty, enjoy the beautiful weather and meet some great people that live in your neighborhood?

Then you probably should consider becoming a member of the newly formed 61 Franklin Street Garden.

Stop by to help build the garden this Saturday June 1, 2013.

Garden work begins at 2pm and the open meeting for new member begins at 3pm.

That’s right! After years of remaining vacant, the city-owned lot on Franklin is blossoming into a new garden space and outdoor environmental classroom for Greenpoint.

Unlike the traditional community garden model, in which individualized plots are spread out between a few lucky participants, the 61 Franklin Street Garden will function as more of an open green space for community use. Individual membership is $25/year and family memberships are $40/year.

Read the rest of the story and find out how to become a member at GWAPP.org

Just got word from GWAP:

The New York State Siting Board has voted unanimously to dismiss the TransGas power plant proposal. The board found the project was not in the public interest and has cleared the way for the City to create a 28-acre waterfront park on the Bushwick Inlet. TransGas has the right to appeal, but we fully expect that they will be completely unsuccessful.

Congratulations and thank you to our elected officials, the lawyers who helped prepare the case, Columbia Law School Environmental Law Clinic, Pace Energy Project, and to the hundreds of community volunteers who have worked so hard over the years to stop the power plant from destroying our neighborhood.

This calls for a celebration, but we’re not sure when and where yet. We’ll keep you posted. After 7 ½ long years of struggle we promise it will be a doozy of a party!

This is really good news!

I’m not really one for protests or community activism, but things are getting a little out of hand construction-wise in Greenpoint and Williamsburg and it sure would be nice to have some more parks (preferably not ones at Newtown Creek, please!).

The neighborhoods of Greenpoint/Williamsburg are at a point of crisis and opportunity.

Crisis because rampant development threatens what little open space and parks we have. Promises of additional open space made in the 2005 rezoning have never materialized. However, opportunities abound. We have promises made for terrific park facilities all over the neighborhood. We just have to make it happen.

But we need your help.

This month, GWAPP will host a Town Hall meeting to update the community on parks and rezoning in the neighborhood. We’ll also update you on the TGE power plant fight (no, folks it ain’t over yet).

Here’s a sneak peak at the agenda:

P.S. We need a few volunteers this week to hand out postcards and flyers for the meeting. Contact us at [email protected] if you’re interested.