So many of the wealthy in today’s world are both so selfish and self-interested that it’s easy to believe that rich people do not think of those who have nothing. The story of Grahams Polley, the great Williamsburg philanthropist, however, shows that wealth and concern for the poor and for public education are not mutually exclusive. Polley only lived to be thirty-four years of age, dying in a riding accident in 1860 and leaving behind a wife and ten children. His charity was legendary and left a legacy still felt today.

Polley was born in Manhattan to a poor family. He never had the chance to go to school for himself and he never learned to read or write, but he died as a bank president with a fortune of $40,000. He was determined to use his wealth for the public good and his chief interest was ensuring that all of Williamsburg’s children got educated. END_OF_DOCUMENT_TOKEN_TO_BE_REPLACED

Wednesday night (4/23), a progress meeting on the project was held in Long Island City. Michelle Moore from the New York State Department of Environmental Conservation (NYSDEC) kicked things off, and almost immediately voices were raised questioning funding and lack of progress. Even Joseph Lentol, the New York State Assemblyman that represents Greenpoint, expressed his disappointment at the lack of progress with the project so far. END_OF_DOCUMENT_TOKEN_TO_BE_REPLACED 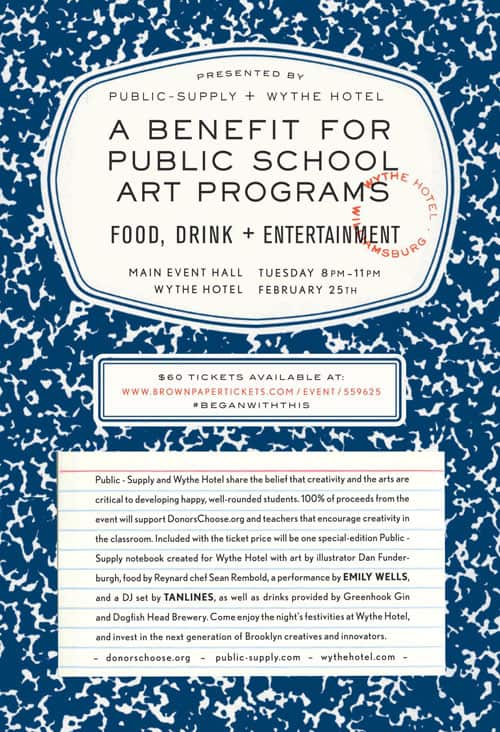 As a product of the NYC Public Education system and an art lover, I am excited to let you know about a Benefit for Public School Art Programs, taking place at Wythe Hotel (80 Wythe Ave) tomorrow February 25, 2014 at 8pm.

Kids need art, and we all know that art programs are underfunded. This article on the importance of art in child development from PBS.org cites that, “art education strengthens problem-solving and critical-thinking skills. The experience of making decisions and choices in the course of creating art carries over into other parts of life.”

And according to a report by the Center for Arts Education in NYC, “in schools with the lowest graduation rates,  where arts could have had the greatest impact – students have the least opportunity to participate in arts learning.”

Let’s change that – and have some fun!

END_OF_DOCUMENT_TOKEN_TO_BE_REPLACED 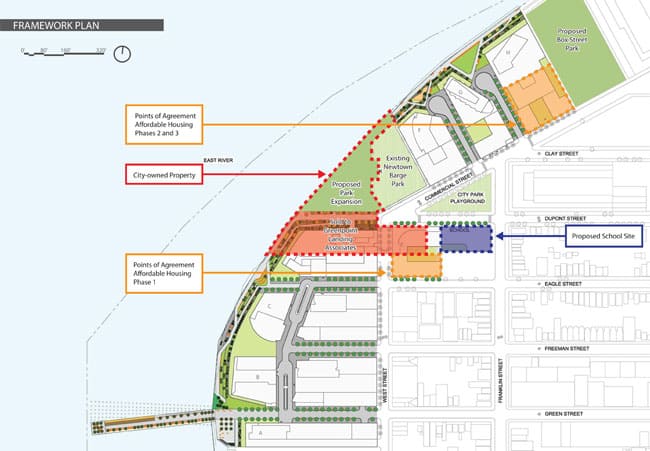 The vote was based on a hearing that took place the previous week at City Hall, where the developers presented their plan, answered questions from Levin, and heard testimonies from  those opposed and supported the project. But due to a last minute location change and an overlap of several meetings, at least 10 of those speakers who were called to testify were not available by the time they were called upon. END_OF_DOCUMENT_TOKEN_TO_BE_REPLACED

I got two gem emails this morning – one that made me wonder why I blog and the other that made me realize why I blog. The first had the subject line “Hipster” and when I opened it it said in bold “I HATE YOU.” (The fact that I am even protecting the identity of this loser is beyond me.)

Come to PS 31, 75 Meserole Ave on Thursday, May 30th from 4-7pm and enjoy their Spring Fling celebration.

This fundraising event, which is open to the public, will have tons of exciting of things for you and your family. Come see us in the playground and get your face face painted, jump in the bouncy house or enjoy some arts and crafts. These will be just a few of the fun activities they are going to have. Tickets are $1 each or 12/$10 but also vary in price.

Greenpointers worked with the PS31 to design the mural which will be shown in the school yard during the celebration. It is a take on Matisse’s Flower Mural at the National Gallery. The students were given pieces of the mural to color in. The mural will be hung up piece by piece for a huge piece of group work of art.

Have you ever wondered about the little elementary school at the corner of Norman and Eckford Streets? Three fun facts you should know: it was formerly a hospital; it is the oldest continually operating elementary school in Brooklyn; and the first ever benefit for the art education at PS 34 The Art Party happens this coming Wednesday May 22, 2013 at 7pm at From The Source (69 West St).

The community is invited to this exclusive preview of our annual PS 34 art show that will feature live performances by Greenpoint-based artists The Hugh Pool Band, Jack O’Neill, and Shahla Atlas.

Some of the items available by silent auction will be works by respected artists Jean Pagliuso, McDermott & McGough, David Armstrong, and Felipe Mujica, as well as jewelry from Fitzgerald Jewelry of Williamsburg. There will be food and cocktails courtesy of local businesses, so skip dinner and come early.

Come meet your neighbors, purchase amazing art, eat, drink, and dance in support of art education at PS 34 this Wednesday, May 22nd. Tickets at $40 and can be purchased at Cup at (79 Norman Ave), Greenpoint Toys (738 Manhattan Ave), or at the door.

For more information go to The Art Party web site, and join the Facebook event for the latest updates! 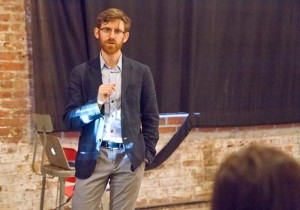 Recently, I took an amazing Public Speaking Workshop with a fantastic teacher named Andrew Linderman and got so much out of the experience that I want to offer the class to Greenpointers readers.

If you want to communicate more confidently and convincingly, perhaps to make a presentation at work or to tell a great story in an effective way, then take this class! I promise that you will leave this workshop a better public speaker and you will learn a lot about yourself and maybe make some new friends. It was really a lot of fun, too!

Course Description:
Need to feel confident speaking in front of group of strangers? Come across as more genuine and less robotic? Want to finally overcome your fear of public speaking?!?

In this 3-hour workshop, participants will get expert coaching and feedback on ways to strengthen their presentation skills, from techniques to calm frayed nerves to exercises designed to build confidence and improve focus. The class is limited to 16 people, so participants are guaranteed lots of time to practice and plenty of instructor feedback. Everyone will leave this workshop with experience speaking in front of a group and valuable insight into how to be a powerful communicator.

Preparation: If you have something short (1-2 mins) that you’d like to work on, bring it in! Otherwise we can generate some content in class.

Andrew Linderman has a B.S. from the University of California, Berkeley.  Andrew currently teaches storytelling with the Brooklyn Brainery and The Moth, and is the executive producer of Local Stories, a monthly storytelling series featuring writers, comedians and performers from all over New York City. Prior to his work as a storyteller, Andrew trained as an actor and improvisor at the Upright Citizens Brigade and the Atlantic Theater Company in New York City.  Andrew has also worked as a city planner, a radio DJ and an economist and has lots of stories to tell. 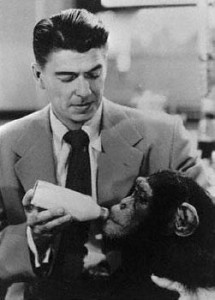 Recently a writer doing research on a book about Greenpoint interviewed me about life in Greenpoint and the Polish community came up. I explained how unique NYC is in that Polish immigrants could live here and never learn English. They could read the paper, get groceries, go to the doctor, work, get legal services – all in Polish.

It reminds me of my Aunt Grace who immigrated from Italy and lived in Ridgewood for 50 years, getting by with hardly any English. At age 70 she decided to get her American citizenship, and during the interview when they asked her who the first president of the United States was, she said, “Ronald Regan – very nice man.” Aunt Grace somehow passed, and I hope they’ve become stricter on the exam.

While I’m doing a poor job selling it, learning English is a good thing and will help create more opportunities for education, work and socializing. And of course – the ability to read this fine blog!

St. Nicks Alliance is offering FREE English classes for speakers of foreign languages, at both the Williamsburg (850 Grand St.) and Greenpoint (424 Leonard) Beacon Centers. They begin Saturdays – March 16th from 10am-1pm & Mondays – March 18th 6:30-8:30pm, respectively. Each class has 12 sessions. Classes are for beginning and intermediate English learners, and are open to those 18 or older.

Register in person on weekdays from 1-6pm at the Williamsburg Beacon, and from 1-7pm at the Greenpoint Beacon.