After Governor “Amazon” Cuomo and Mayor Bill de Blasio offered the trillion-dollar company, Amazon, upwards of $3 billion in tax subsidies to locate part of its HQ2 campus in Long Island City without public discourse, Amazon has canceled its plans for Queens. Read the full statement from Amazon:

After much thought and deliberation, we’ve decided not to move forward with our plans to build a headquarters for Amazon in Long Island City, Queens. For Amazon, the commitment to build a new headquarters requires positive, collaborative relationships with state and local elected officials who will be supportive over the long-term. While polls show that 70% of New Yorkers support our plans and investment, a number of state and local politicians have made it clear that they oppose our presence and will not work with us to build the type of relationships that are required to go forward with the project we and many others envisioned in Long Island City.

We are disappointed to have reached this conclusion—we love New York, its incomparable dynamism, people, and culture—and particularly the community of Long Island City, where we have gotten to know so many optimistic, forward-leaning community leaders, small business owners, and residents. There are currently over 5,000 Amazon employees in Brooklyn, Manhattan, and Staten Island, and we plan to continue growing these teams.

We are deeply grateful to Governor Cuomo, Mayor de Blasio, and their staffs, who so enthusiastically and graciously invited us to build in New York City and supported us during the process. Governor Cuomo and Mayor de Blasio have worked tirelessly on behalf of New Yorkers to encourage local investment and job creation, and we can’t speak positively enough about all their efforts. The steadfast commitment and dedication that these leaders have demonstrated to the communities they represent inspired us from the very beginning and is one of the big reasons our decision was so difficult.

We do not intend to reopen the HQ2 search at this time. We will proceed as planned in Northern Virginia and Nashville, and we will continue to hire and grow across our 17 corporate offices and tech hubs in the U.S. and Canada.

Thank you again to Governor Cuomo, Mayor de Blasio, and the many other community leaders and residents who welcomed our plans and supported us along the way. We hope to have future chances to collaborate as we continue to build our presence in New York over time.

Mitch Waxman is a lifelong New Yorker and historian who for the past decade has traversed the area near the Long Island City waterfront at Anabel Basin where Amazon’s HQ2 is planned. In a recent post on his site Newtown Pentacle, Waxman revisits some of the photos he snapped of the future Amazon HQ2 campus, and Greenpointers reached out to Waxman to learn his point of view regarding the HQ2 announcement. He offered the disclaimer that he’s neither for or against Amazon’s HQ2 expansion into Queens and that his views are still developing on the deal as details emerge.

MW: There’s hundreds of state Superfund sites in Western Queens, and the people who have been moving into North Brooklyn and Western Queens over the last 20 years are breaking the old pattern. It used to be when you bought a house, you intended to be buried in your backyard, whereas the current population has very little intention of making New York their final stop. This is one stop on the trip of their lives and eventually, they’re going to settle elsewhere.

When you’re at Amazon’s new campus you’re down the block from the largest power plant in New York City that’s causing childhood asthma rates of historic levels in Ravenswood, Astoria and Queensbridge Houses. You’re on what abuts a brownfield, and a future Superfund site at Anabel Basin.

Future Superfund Site Anabel Basin has the same black mayonnaise in it that Newtown Creek does, the same combined sewer outfall problem that Newtown Creek does, it has all the good stuff that we would talk about in the area around the Pulaski Bridge. So why on earth would you choose this particular location to put Californians and Seattle people who are famously environmentally conscious, why would you put them there? Could it be that you’re going to be visible from the offices of the United Nations? Could it have anything to do with that Manhattan is the center of global investment and that putting yourself there means that you’re going to be a lot sexier to Goldman Sachs and everyone else who will cut you more preferential rates because you know them from drinking with them in a hotel?

Why is Mayor Bill de Blasio voicing a strong pro-Amazon stance given his progressive reputation?

MW: The “tale of two cities” for me is the tale of Manhattan and Long Island City. Long Island City is where he gets to do what he wants to do. Overbuilt, overdeveloped, not enough infrastructure.

He wants to borrow $18- $20 Billion from the city’s coffers for Sunnyside Yard deck. What they’ll do then is they will give the land away for a dollar an acre to the developers who paid them off to do the project, and the city taxpayers will pay the mortgage on $18 – $20 billion over a 25 year period hamstringing us from doing anything else we need to do.

Conventionally speaking, NYCHA needs $53 billion to bring its housing back up to snuff and to bring the roughly 1/10th of all available apartments that have been out since Hurricane Sandy back into service. If he was the man of the people that’s the direction he would go in.

De Blasio likes to blame all the problems of NYCHA on Mayor Bloomberg. Who was the public advocate during Bloomberg’s last two terms? Who was in the City Council during the last term of Giuliani and the first term of Bloomberg?

Why would Mayor de Blasio and Governor Cuomo agree on something like the Amazon HQ2 deal after disagreeing on nearly everything else?

MW: Both of their political machines are getting fed by the deal. At the top of the food chain, there are people who are Democrats; like the Yankees, they’re just wearing hats.

There’s a lot to say about corruption in our city and state always. We have a one-party system. We have different factions of a single political party, and what I am not gonna to do to you as a fellow elected Democrat is put you on trial because you would do the same to me, and that affects the larger party.

END_OF_DOCUMENT_TOKEN_TO_BE_REPLACED

NY’s 12th Congressional District includes Greenpoint, and parts of Bushwick and Williamsburg, and the district stretches into the Upper East Side of Manhattan and Astoria, Queens.

Rep. Maloney was first elected to Congress in 1992 and won reelection with 86 percent of the vote two weeks ago in the 2018 midterm elections. During the campaign, she focused on her history of championing women’s issues in Washington.

Mayor Bill de Blasio, now in his lame duck era, has been cheerleading the Amazon search since last year, coming full circle from his days as NYC public advocate when he led the effort to keep Wal-Mart’s attempted NYC expansion at bay. END_OF_DOCUMENT_TOKEN_TO_BE_REPLACED

New York Governor Andrew Cuomo has been intensely lobbying Amazon to locate its HQ2 in Long Island City. Gov. Cuomo jokingly offered to rename Newtown Creek ‘Amazon Creek’ on the condition that the corporate giant agreed to choose LIC. He even humorously offered to change his name to ‘Amazon Cuomo’ to entice the corporate giant to choose Long Island City.

It seems that Cuomo’s intense lobbying may have borne fruit, according to a Monday report in the New York Times. The Times reports that Amazon has decided not to create one mega headquarters, but to divide the new headquarters in two. One of those locations, according to the article is in LIC. The other location Amazon has chosen is Crystal City, Virginia, in the greater Washington D.C. Area. The Times, however, did strike a cautionary note, though, stating that the company has made no final decision. END_OF_DOCUMENT_TOKEN_TO_BE_REPLACED

Now, in a bid to lure Amazon HQ2 to the industrial shores of the East River, Gov. Andrew Cuomo has offered to rename Newtown Creek to Amazon Creek, and is throwing in hundreds of millions of dollars in state subsidies to sweeten the deal, the New York Daily News reports. END_OF_DOCUMENT_TOKEN_TO_BE_REPLACED

So you want to self-publish? 10 points to consider before you go to print 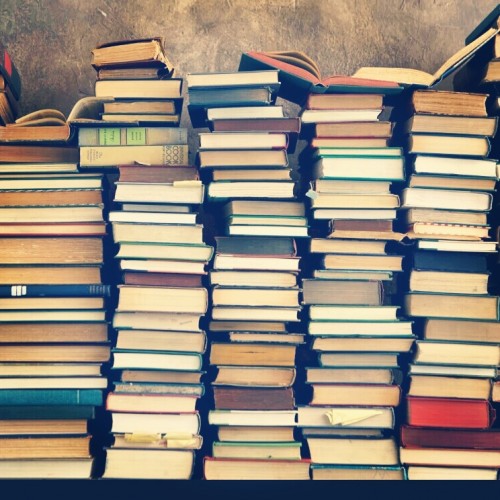 Before the Internet, you needed a book agent or a handful of luck if you wanted to spare your novel a slow death in a publisher’s slush pile. But now, with the triple power of the Internet, tablets, and self-publishing platforms, it’s possible for anyone to release a book into the world and do well. Or, even astoundingly well (Fifty Shades of Grey was originally self-published as an e-book and a print-on-demand). But should you do it? Here are ten points to consider—from someone who has self-published—before you take the plunge. END_OF_DOCUMENT_TOKEN_TO_BE_REPLACED

Fifteen-year-old Sarah Robertson is no ordinary teenager—she can control the weather with her emotions. Her older brother, Johnny, can turn water into alcohol. And their mother is Lady Oblivion, feared arch nemesis of America’s favorite superhero, Freedom Man. In this world, superheros with useful powers (creating earthquakes, flying, walking through walls) go to high school at Hero Academy to become crime fighters, while those with unsuitable powers (disappearing when embarrassed, talking to small woodland animals) get labeled as Misshapes and have to attend high school with the normals.

A few days ago, I caught up with Greenpoint residents Elisabeth Donnelly and Stu Sherman, the writing duo behind the pseudonym Alex Flynn…