Who’s on the Ballot in North Brooklyn for the June 23rd Primary? 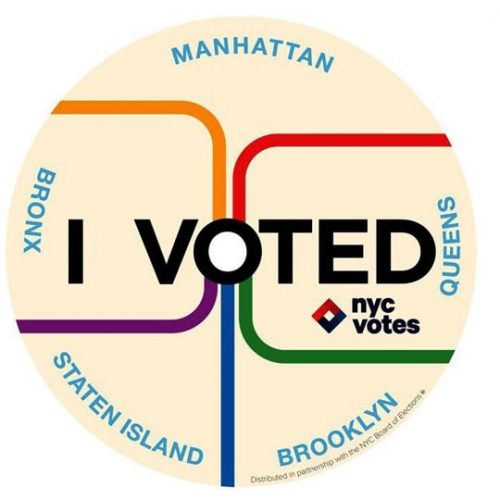 2020 is the year of the pandemic, but before we were sequestered inside our homes it was another fairly typical election year. New York will still hold Democratic primaries on June 23rd, and arguably the most consequential contests of the year are in North Brooklyn where a number upstart candidates seek to unseat longtime incumbents.

With only a month away from a primary with national, state and local implications, who’s on the ballot in North Brooklyn?

I’ve had a chance to get to know Bernie over the years. We were in the Senate together before Barack and I took office, and of course, I had known him from his work in the House. What I liked about Bernie was that he said what he believed, no matter who was in the room. I admired his passion. I liked his convictions. I thought people who failed to take him seriously would prove to be sorely mistaken. And, as it turns out, I was right. Senator Sanders endorsed our campaign today and I want to thank him not just for the endorsement, but for his leadership on making our country a more just, fairer place. It’s voices like his that refuse to allow us to just accept what is — that refuse to accept we can’t change what’s wrong in our nation — and that refuse to accept the health and well-being of our fellow citizens and our planet isn’t our responsibility too. He doesn't get enough credit for being a voice that forces us all to take a hard look in the mirror and ask if we’ve done enough. He has put the interest of the nation — and the need to defeat Donald Trump — above all else. I’m excited to continue the work Bernie started in the months and years ahead. As he says: Not me, Us. And to Bernie’s supporters I make the same commitment: I see you, I hear you, and I understand the urgency of what it is we have to get done in this country. I hope you will join us: [Link in Bio]. You are more than welcome on this campaign. You’re needed.

Yes. Joe Biden is the presumptive Democratic nominee for president, but the presidential primary is back on in New York after Governor Cuomo cancelled it to prevent crowds from congregating during the COVID-19 pandemic.

And while some argue that the presidential primary is a mere formality at this point, votes that candidates receive determine how many delegates represent them at the Democratic National Convention, which can in turn influence the party’s platform, concluded U.S. District Court Judge Analisa Torres in a ruling reinstating the presidential primary.

The best part about a grassroots campaign is that every $1 you give makes a huge difference! Take our new poster for example! $1.03 gets one of these printed and hung up in our district! $20.69 pays for 20! Let’s tell this district they have a choice: https://bit.ly/20LAPosters RT ❤️ (link in bio) • • • #voteashcraft #fundraiser #ny12 #progressive

I am joining the #RentStrike in solidarity with the millions of homerenters who can’t pay today. We need the Congress and NYS to step up and #cancelrent @housingjustice4all

Carolyn B. Maloney—Incumbent and congressional representative since 1993.

Starting my #SundayMorning getting signatures on the UES. @villagedems – need to get your clipboard back to you! (Want to help? Sign up at to get involved – link in my bio!) #ny12 #Carolyn2020 . . . . . . #politics #petitioning #democrats #democrat #nyc #manhattan #brooklyn #queens #rooseveltisland #carolynmaloney #congresswomanmaloney #ues #getontheballot #vote #primaries #demprimaries

‪I’m honored to have been named a Gun Sense Candidate for 2020 by @momsdemand. I believe that together, we have the power to keep our kids and communities safe — with incredible advocates like @shannonrwatts and @momsdemand leading the way, I know this is a fight we can win.‬

I am committed to advocating for Latino and minority-owned businesses in #NY7 and across our country! #hispanicheritagemonth H

The race to represent the 50th Assembly District mirrors the dynamics of the congressional contest, with the comparatively fresh-faced Emily Gallagher, a local activist and community board member, challenging incumbent Assemblyman Lentol, a third-generation lawmaker who has represented Greenpoint and its surrounding neighborhoods for the past 47 years.

Emily E. Gallagher—Community board member who works at an educational non-profit.

Monday is the next fundraising filing deadline. And it's a big one. Coming just five weeks before our election, it'll determine our path to victory.⁣ Your incredible support so far has put Emily in striking distance of giving North Brooklyn new representation in the Assembly for the first time since 1972.⁣ ⁣ But we need your help right now. Contribute whatever you're able at emilyforassembly.com/donate ⁣ ⁣ The recovery from the economic wreckage of COVID-19 will require vision, energy and bringing a lot more people into the political process. It's just not something a 50-year machine incumbent can do.⁣ ⁣ But Emily can, if we have her back.⁣ ⁣ emilyforassembly.com/donate⁣

❗️Less than 6 weeks to election day❗️⁣⁣ Chip in $5 or $10 (link in bio!) so we can continue to build on the progress we’ve made👇⁣⁣ ⁣⁣ My #1 priority is providing relief to those who need it most. That’s why I helped lead the passage of:⁣⁣ ☑️nation’s strongest paid family leave policy⁣⁣ ☑️strongest tenant protections⁣⁣ ☑️expanded unemployment benefits ⁣⁣ ☑️increased funding to help small businesses weather COVID19⁣⁣ ⁣⁣ But there’s still much more to be done & North Brooklyn deserves a leader with experience & a progressive track record to guide the path to recovery from #COVID19. I’ll never stop fighting for North Brooklyn.

In 2018, Julia Salazar, a self-described Democratic Socialist, upset a 16-year incumbent to win a seat in the NYS Senate, joining the flood of other progressives who unseated longtime party stalwarts, including Alexandria Ocasio-Cortez. Now in her first bid for reelection, Salazar faces a challenger, Andy J. Marte.

🗳 Get your absentee ballot for the June 23rd election today!

Judge of the Civil Court

Judges elected to Brooklyn’s civil court hold a term of 10 years and can rule on matters ranging from small claims to commercial landlord-tenant cases. Both candidates in this year’s primary are community activists and attorneys looking to make the jump from law clerk to judge.

For those that want to jump down a rabbit hole filled with the intricacies of the Democratic party system, here’s an article by WNYC demystifying the judicial nomination process and an opinion piece published by Gotham Gazette that explains the role of state committee members.