Hey Greenpoint, it’s time to get out the vote! Traditionally, elections are held on Tuesdays but this week’s Gubernatorial Primary will take place on Thursday, 9/13 (TOMORROW) so as not to conflict with commemorations of 9/11.

That means you have a few more days to brush up on your choices:  END_OF_DOCUMENT_TOKEN_TO_BE_REPLACED 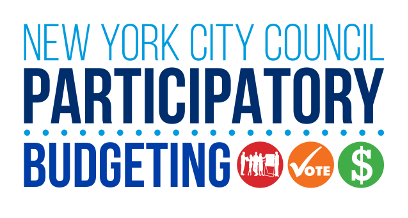 Read on for your 2018 PB Projects and voting sites!  END_OF_DOCUMENT_TOKEN_TO_BE_REPLACED

In 1893, one of the greatest upsets in New York State electoral history occurred locally when a bartender defeated one of the most powerful men in Albany. I have written previously about the infamous local politician Patrick McCarren who obtained for North Brooklyn the park that bears his name, and the Williamsburg Bridge.

Now a forgotten character, State Senator McCarren, though effective in bringing home pork to North Brooklyn, was in his day one of the most breathtakingly corrupt politicians in the long history of corrupt New York politicians. One of the first corporate lobbyists in American history, McCarren was reviled for his shamelessness in helping Standard Oil and the Sugar Trust at the expense of the public good. The New York Press in 1904 summed up what many reformers thought of the senator: “We shrink from even the thought of what would happen to our national institutions and ideals if its Pat McCarren’s should succeed in cornering the nation at the ballot box.” Sadly, looking at politics today, McCarren seems a very contemporary figure; however McCarren, was defeated by a non-politician in an electoral shocker. END_OF_DOCUMENT_TOKEN_TO_BE_REPLACED 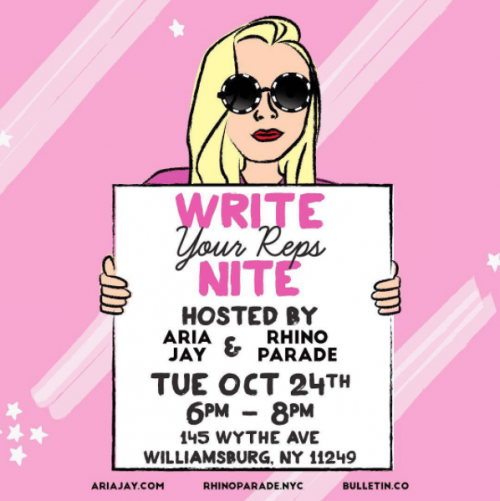 Through pure charisma, lots of street smarts, and an ardent dedication to his everyday, working class constituents, McGuinness was able to get elected as an alderman in 1919, thus beginning a long and rich political career.  END_OF_DOCUMENT_TOKEN_TO_BE_REPLACED 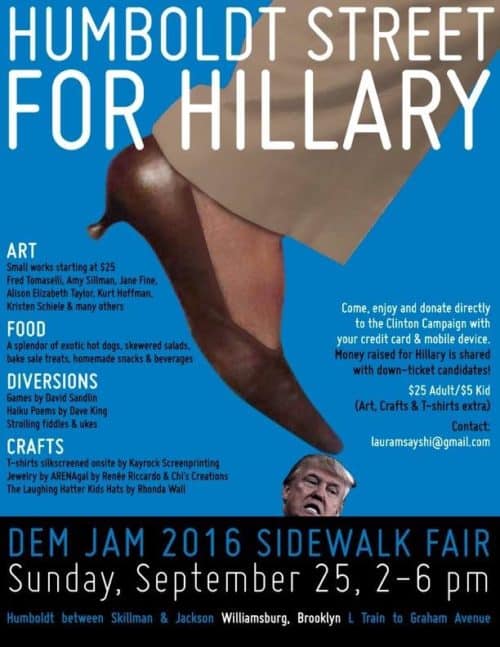 Want to support your favorite candidate and get some sweet art to hang on your apartment walls? A neighborhood sidewalk fair—featuring artwork from dozens of well-known contemporary artists—will raise money for Hillary Clinton and the down-ticket Senate and Congressional candidates this weekend in Williamburg.

HUMBOLDT STREET FOR HILLARY: DEM JAM 2016 will take place from 2-6 pm on Humboldt Street between Skillman and Jackson in Williamsburg, 3 blocks from the Graham Avenue L train stop this Sunday, September 25.

END_OF_DOCUMENT_TOKEN_TO_BE_REPLACED

A letter from your Council Member Stephen Levin: END_OF_DOCUMENT_TOKEN_TO_BE_REPLACED 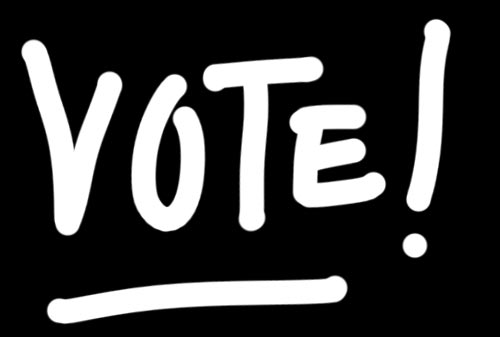 Don’t complain that everything sucks in NYC if you don’t take the time to vote today!

Don’t misinterpret that statement: I’m still voting for you. END_OF_DOCUMENT_TOKEN_TO_BE_REPLACED