The existing three-story building at 996 Manhattan Ave. is slated to be demolished for a seven-story development by BHLD Capital, who neighbors say is not doing their job to keep the site in order until work begins. 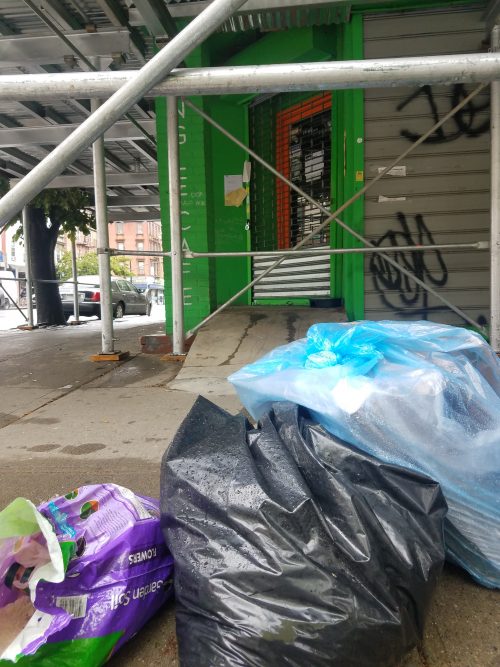