The existing three-story building at 996 Manhattan Ave. is slated to be demolished for a seven-story development by BHLD Capital, who neighbors say is not doing their job to keep the site in order until work begins. END_OF_DOCUMENT_TOKEN_TO_BE_REPLACED 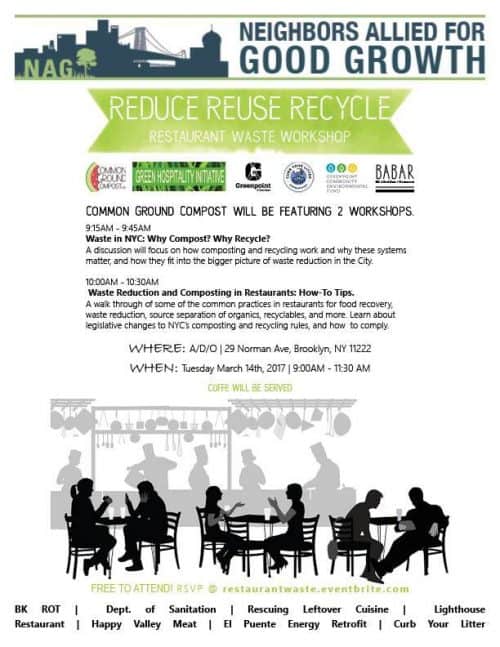 A/D/O (29 Norman Ave.) will play host to two workshops about food sustainability and how it relates to the restaurant industry next Wednesday, March 22nd from 9am-11:30am. The workshops are free, and there’ll be complimentary coffee and snacks. There’s more info to be found here. END_OF_DOCUMENT_TOKEN_TO_BE_REPLACED