Crowds gathered on the sidewalk on Franklin Street across from where emergency responders investigate the source, which is suspected to be related to a gas service connection being installed at a residential building. 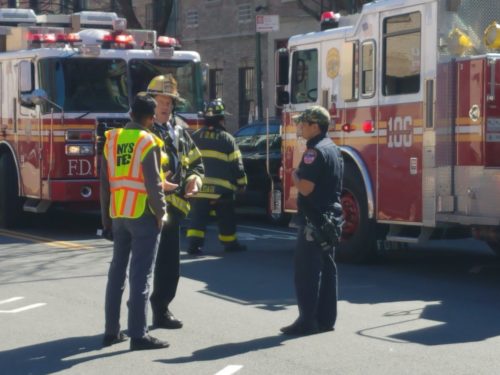 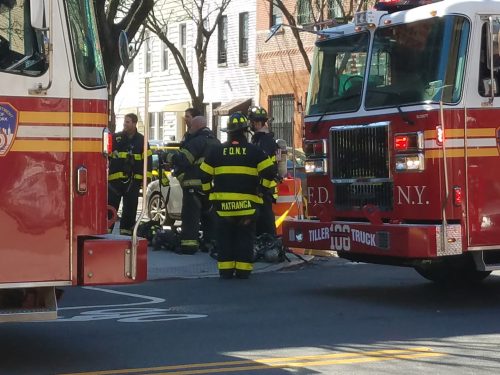 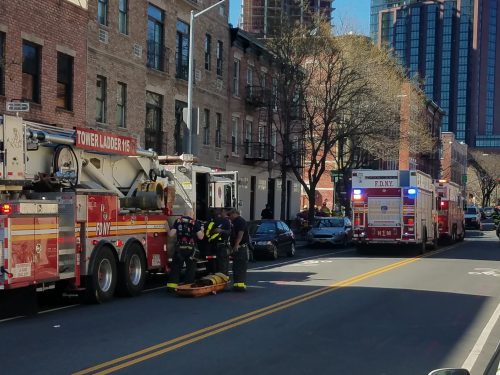