Greenpoint Hill (100 Freeman St) will close at the end of the month and is having a sale for the next two weekends. 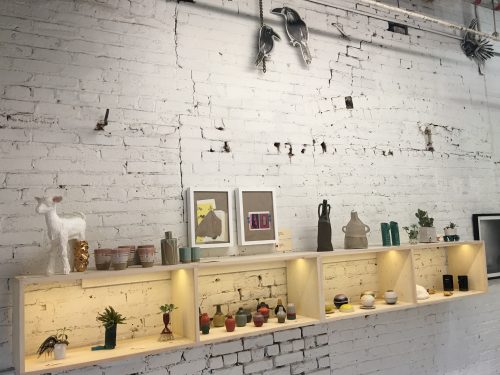 All items and art will be 40 percent off on Saturdays and Sundays from 12 p.m. – 6 p.m. for the final two weekends in October. Store fixtures and furniture will also be for sale. END_OF_DOCUMENT_TOKEN_TO_BE_REPLACED

Crowds gathered on the sidewalk on Franklin Street across from where emergency responders investigate the source, which is suspected to be related to a gas service connection being installed at a residential building. END_OF_DOCUMENT_TOKEN_TO_BE_REPLACED

Freeman Street is getting a Dunkin’ Donuts. Reader Jessica emailed me this tip:

Just thought I would share. It looks like a Dunkin Donuts is opening on the corner of Freeman and McGuinness. A weird location, but its near the bus stop. I really couldn’t believe my eyes, but you can see the “D” on the door handles, etc.

Thanks.–Great Blog by the way.

A quick search on the DOB website confirms it – Greenpoint is getting another Dunkin Donuts.