North Brooklyn Angels is a small organization with deep local roots hoping to make a big impact. Executive Director Ryan Kuonen explains “The program was a dream of a Greenpoint old timer, Neil Sheehan. Born and raised here in a large Irish Catholic family, he has spent his life feeding people. He teamed up with local Episcopalian Pastor, John Merz, who was running a soup kitchen that was going to be displaced from its physical location. He has been a big part of Occupy Wall St & Hurricane Sandy relief efforts and was really motivated to be part of a mobile soup kitchen project.” Kuonen joined the project in 2016, and is the only full-time employee. Claudell Lewis, Alan Minor and Felice Kirby work part-time, and volunteers provide the rest of the energy, serving, cooking, and even driving North Brooklyn Angels’ beautiful blue truck, known as the “Angelmobile.”

The Angelmobile is a 40-foot food service truck equipped with office space. With it, North Brooklyn Angels hopes to “create a busload of hope, love, & nutrition, serving people hot, healthy meals at strategic locations around the neighborhood and providing a mobile office space for the many wonderful charitable & human service programs already operating in the neighborhood.”

The community meal is just one part of how North Brooklyn Angels hopes to serve Greenpoint. Kuonen says, “Outside of providing a community meal, our main goal is to provide ample opportunity for neighbors to volunteer, meet their neighbors, and actively address the disparities that exist in our region. We will start by serving meals, but we have a long list of creative ideas for ways for us to join and build a sustainable, equitable community.”

In order to achieve that larger goal, North Brooklyn Angels is forming The North Brooklyn Coalition of Neighbors Helping Neighbors, sometimes dubbed The Angel Coalition. The Coalition helps organize and unify the extraordinary proliferation of non-profits, community groups, houses of worship and local businesses which are working to address food insecurity in the neighborhood. The Coalition will act as a communication network between all of its member organizations, useful for easily communicating service opportunities, quickly and efficiently responding to emergency issues, such as hurricanes, and supporting all the charitable, non-profit, and community work occurring in North Brooklyn.

If you’d like to get involved, there are so many ways to volunteer your time, your skills or your resources! You can sign up to volunteer with North Brooklyn Angels through their website. There are a variety of opportunities available, including, prep, street team, and transportation fleet, and since they have opened their own kitchen, they are in great need of experienced cooks for morning kitchen duty. You can also share your ideas, skills and contact information to help create new volunteer opportunities

Dessert Corps is an especially sweet way to volunteer. Since the Angels are primarily focused on serving hot healthy meals, “deserts don’t always get the focus they deserve,” but you can help. The Angels hope to provide homemade deserts, and to that end they are “searching out volunteers to cook up a sweet treat that serves 12 -24. Each week there will be a theme/recipe. You can do it once, do it weekly, do it monthly, or do it whenever you feel like baking.”

While treats for 12-24 is a manageable batch, North Brooklyn Angels aims to serve 1,000 meals per week, and they are in the midst of a fundraising campaign to raise the money to meet that goal. You can donate here, and make a sustaining monthly contribution here.  Kuonen explains, “By donating money and sponsoring a meal, you embody our central mission of neighbors helping neighbors. For as little as $4, we can feed one person a healthy, hot meal. $20 feeds them hot meals all week. $80 provides a week of lunches for a family of 4. $800 provides lunch for 200, an entire meal service. $4,000 equals a week of meals. $16,000 provides a whole month of weekday meals. We have seen that North Brooklyn is a community that strives to take care of its own and together we can work on addressing this basic issue of inequality.” 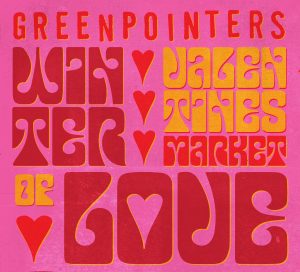 Greenpointers is a proud supporter of the North Brooklyn Angels, and we are so excited to have them join us at our Winter of Love Valentines Market, Sunday 2/11 from 1-7pm at the Greenpoint Loft (67 West Street) to serve delicious desserts baked by Dessert Corps and coffee by Brooklyn Roasting Company!