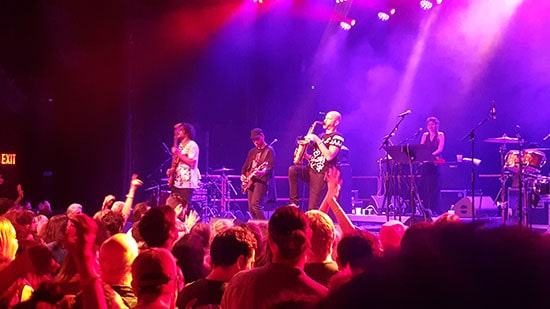 Have you ever gone to see a band, super pumped, and witnessed a crowd of people standing around sipping craft beer and stubbornly refusing to do little more than nod their heads in time to the music? Yeah, we’ve all been there—it’s awkward for everyone. Refreshingly, when Israeli trio Balkan Beat Box took the stage at Brooklyn Steel (319 Frost St) in late April, this was definitely not one of those moments. In fact, inside Bowery Presents’ newest place to party—specifically designed for large crowds and good visibility of the stage from virtually any vantage point—I experienced a moment of live music euphoria: a few seconds of music video-worthy bliss where literally everyone in the massive venue was off their feet, jumping in the air.

Long story short? When vocalist Tomer Yosef tells you to jump, you jump… splashing craft beer and all. 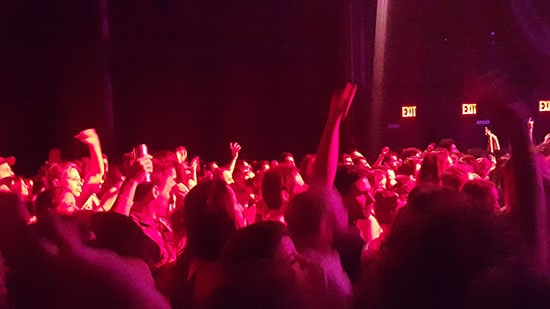 Balkan Beat Box founders Ori Kaplan and Tamir Muskat met in Brooklyn as teens themselves, later adding Yosef to their lineup, and the trio (with a rotation of supporting musicians and trans-global collaborators) are known across the world for delivering a blood-rushing sound that combines nostalgic Israeli and Eastern European fanfare with Jamaican dub and a contemporary electronic twist. Since the beginning, their aim has been to create music inspired not only by their own birthplaces, but by the culture and music of the generations before them. The result is heart-racing, melodic and so festive you can’t NOT dance. If they sound familiar, you’ve probably woke up hungover and confused after grinding to their music in the dark interior of Mehanata, the wildest Eastern European nightclub on the Lower East Side. Or maybe you can connect them to one of their members’ varied projects, including J.U.F., a collaboration with members of Gogol Bordello.

At the very least, you know their sample from Jason Derülo’s “Talk Dirty“, a song co-written with the band’s members, its saxophone lick borrowed from the song “Hermetico“. Now you know why your shoulders inexplicably start shaking every time you hear it. Balkan Beat Box are known for epic live performances. One of my favorite summer memories was their performance during Celebrate Brooklyn in 2012. They took the stage after Chile’s Chico Trujillo had riled everyone up and completely blew the crowd away with seemingly endless energy and music that made even the most stubborn head-nodders people move their entire bodies. 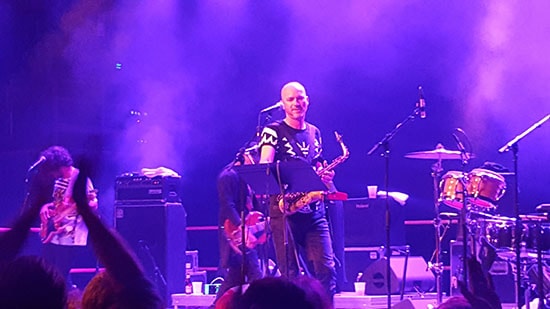 At Brooklyn Steel, they busted out that same bag of tricks… but this time they came equipped with their new album. They dropped tracks from “Shout it Out” (released in 2016), leaning heavily in the Jamaican dub direction, and played plenty of crowd pleasers from their debut self-titled album, which favored a palette of Romani folk influences. The crowd was flailing with the music from beginning to end. No two people were dancing quite the same. The bar outside the stage area remained vacant until the final song ended (after demands for an encore) and crowds poured out through the stadium doors. When you don’t want to leave the music behind for even five minutes to grab the next beer, you know the show is worth the ticket price.

I left with a renewed optimism and that satisfied feeling you only get after you see one of your favorite bands totally crush it on stage. Balkan Beat Box never fails to infuse me with a lust for discovering new music, exploring new parts of the world and dancing my effing face off. 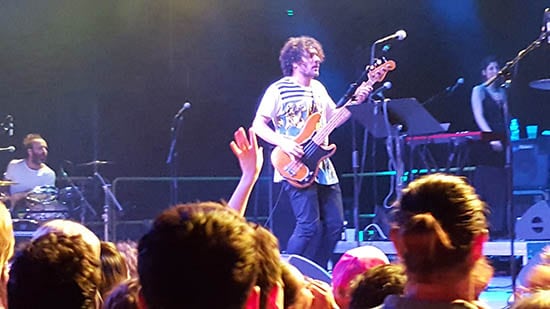