Crank. It. Up. With just a toe dipped into Spring, blossoms bursting in McCarren, and a taste of 80+ degree weather last weekend we’re already steam rock-n-rolling into Summer. Here’s our favorite North Brooklyn music picks for this weekend (and it also happens to be Record Store Day on Saturday!).

PJ Harvey
In case you haven’t listened to PJ Harvey since the first time it was cool to wear Doc Martens, a choker and a flannel, the woman has still got it. With her witchy ways, this small lady with a big presence will rock your 2000-teen world.
Brooklyn Steel | 319 Frost St. | 8pm 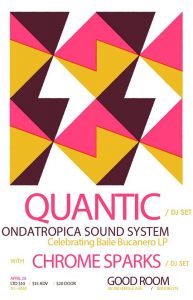 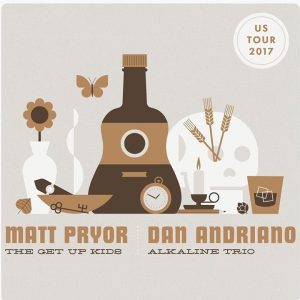 FRIDAY, APRIL 21
Matt Pryor (of The Get Up Kids), Dan Andriano (of Alkaline Trio)
If you can’t stop feeling feels for either of their OG emo-tinged bands, you’ll probably want to see these guys collaborate on the small stage at St. Vitus. They’ve also released a 7” together that will be available at the show.
Saint Vitus | 1120 Manhattan Ave. | 7:30pm
$16 tickets

The Coathangers, Daisy Glaze, Residuels
Take a punk band formed as a joke (The Coathangers) and imagine them going legit. Get ready for some feet stomping and angry hand clapping.
Baby’s All Right | 146 Broadway | 8pm
$15 tickets

*Saturday is Record Store Day! Go out and support your favorite record shop.*


Sunflower Bean, Sneaks, Today is the Day, Charly Bliss, Beverly, Steve Earle
“Rough Trade NYC are proud to welcome some of our favorite bands and DJ’s for the biggest day of the year. Our 2017 RSD Ambassador St. Vincent will kick off the day with a special visit.”
Rough Trade | 64 N 9th St. | 12pm (doors at 11:30am)
FREE

Ra Ra Riot
This is the first and only time these indie rockers from upstate will be performing their entire self-titled EP from beginning to end, and every ticket holder will receive a limited edition remaster reissue of the album.
Music Hall of Williamsburg | 66 North 6th Street | 8pm
$25 tickets 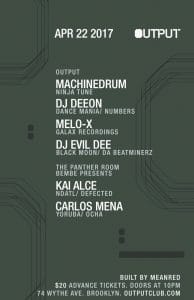 Seth Bernard, C. Gibbs, Gregory Stovetop
Hopefully it’s a warm afternoon so you can hang outside with a Tecate and a taco, and enjoy a little bit of country, and a little bit of rock n’ roll.
Union Pool | 484 Union Ave. | 2pm
FREE

Kishi Bashi, Tall Tall Trees
Kishi Bashi is a singer/songwriter/violinist and multi-instrumentalist whose style is difficult to pin down, but he’s sure to put on a quality performance.
Music Hall of Williamsburg | 66 North 6th Street | 7pm
Sold out, more info

Pboy, Virginia Woof, Oceanator, Pand0
Get in touch with what the kids are listening to (and playing) these days, and be prepared to get a little crazy.
Silent Barn | 603 Bushwick Ave. | 7pm
$8 at the door

Tonstartssbandht
Say it with me… “tahn-starts-bandit”. They’re Orlando-based (via Montreal and NYC) indie psych rock, and this is definitely an intimate and unusual venue to catch them.
The Park Church Co-Op | 129 Russell St. | 7pm
$12-15 tickets

Avec Sans, Brothertiger
Glistening and synth-heavy electro indie pop. It’ll be worth getting there in time to see Brothertiger—his music sounds a little more complex and less produced (in a good way) than Avec Sans, and a twinge more tropical.
Knitting Factory | 361 Metropolitan Ave. | 8pm
$10 tickets

Monday April 24, 8pm
NinjaSonik, Pony Girls, Petite Brunettes
Gutter country/rap/hiphop/dance/metal/kid rock? There’s no right or wrong way to describe NinjaSonik, but if you’re looking for a weird night out on Monday, this is a safe bet.
The Gutter | 200 N 14th St. | 8pm
$5 tickets at the door