How To Survive Inauguration Weekend In North Brooklyn 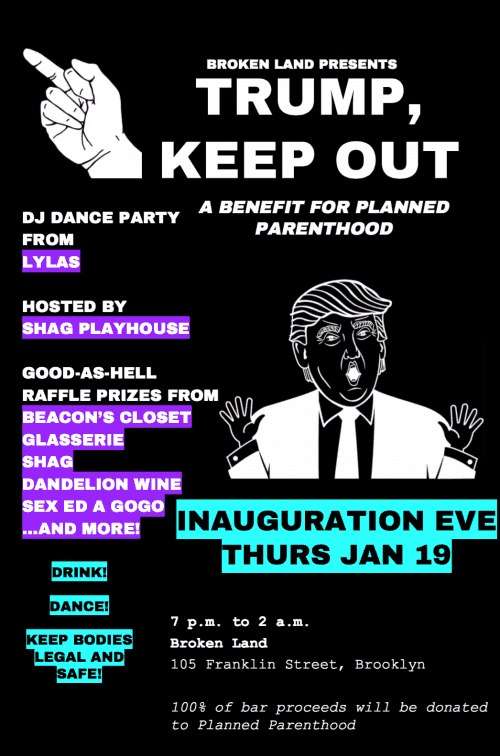 Fact: the 45th President of the United States will be sworn in tomorrow, January 20th. Here are some events happening locally to dull the pain and help you cope.

Trump, Keep Out: A Planned Parenthood Benefit | Thurs. Jan. 19 | 7pm
Broken Land | 105 Franklin St
Celebrate the last day of Obama’s presidency with an Inauguration Eve party! All proceeds from the bar and raffle sales during the event will be donated to Planned Parenthood. FREE. RSVP 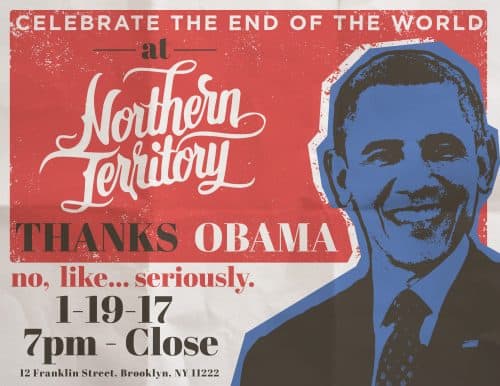 The End of The World | Thurs. Jan. 19 | 7pm-close
Northern Territory | 12 Franklin St.
Northern Territory is putting on an “End of the World” party this Thursday night. Ahead of the impending inauguration on Friday, they’re taking the last night before the unknown to drink, dance and celebrate the last eight years of Obama’s presidency. Besides, Friday is a day you’ll actually want to be hungover for. No cover at the door and party goes all night long. 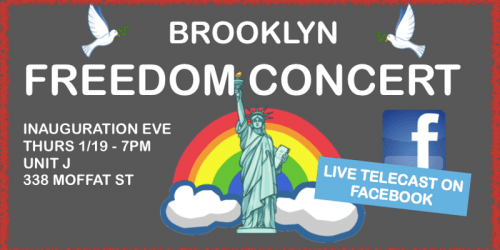 Brooklyn Freedom Concert | Thurs. Jan. 19 | 7pm
Unit J | 338 Moffat St.
The Brooklyn Freedom Concert is a mix of rock, opera, classical, and spoken word. Inspired by the inclusivity and equality of all people! Hosted by Petra Fried, the evening will feature local musicians, new works by classical composers, instrumentalists, Brooklyn’s own Opera Cowgirls, and spoken word.  Tickets are $20 in advance and $25 at the door, and will be broadcast live on Facebook. All proceeds go directly to the Audre Lorde Project—which concentrates on radical nonviolent activism around progressive issues within New York City, especially relating to queer and transgender communities, AIDS and HIV activism, pro-immigrant activism, prison reform and organizing among youth of color—and the Brooklyn Community Pride Center. 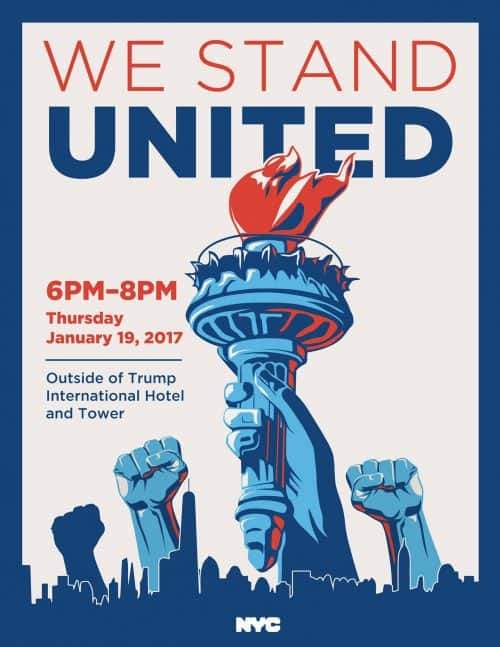 We Stand United: Protest At Trump Hotel | Thurs. Jan. 19 | 6-8pm
This one isn’t taking place in North Brooklyn, but it’s kind of important. Our own NYC Mayor will be joining the planned rally today in front of the Trump International Hotel (1 Central Park West). 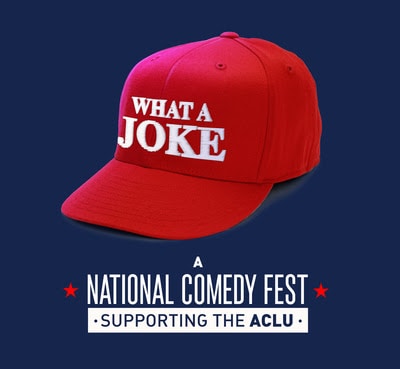 What A Joke Comedy Festival | Fri. Jan. 20, 8pm and Sat. Jan. 21, 8:30pm
The Annoyance | 367 Bedford Ave. & Rough Trade | 64 N 9th St.
Laughter is the best medicine. This nationwide comedy fest has two shows in our ‘hood. All of the shows benefit the ACLU and you can get a snazzy hat to show your support, too. Friday’s show is sold out, but tickets are currently available for Rough Trade on Saturday.

Idiocracy | Fri. Jan. 20 | 9pm
Honey’s | 93 Scott Ave.
The Mike Judge film tells the story of two people who take part in a top-secret military human hibernation experiment, only to awaken 500 years later in a dystopian society where advertising, commercialism, and cultural anti-intellectualism have run rampant, and is devoid of intellectual curiosity, social responsibility, and coherent notions of justice and human rights. Sound familiar? 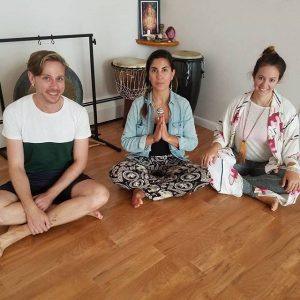 Vibrant Breathing | Sat. Jan. 21 | 11:15am-1:15pm
Narayana Integrative Center | 191 Nassau Ave
Breathe in, breathe out. Maybe after the inauguration you’re going to need to clear your head with nature’s own therapy, breathing. “Vibrant Breathing is an amazing modality which allows the participant to raise their vibrations while clearing all dense energy blocking their physical body and chakras. One breath session is equal to multiple sessions of ‘talk therapy.’” From $45 to $60, info here. 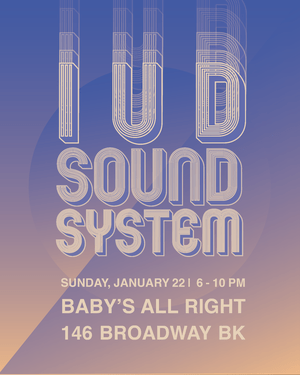