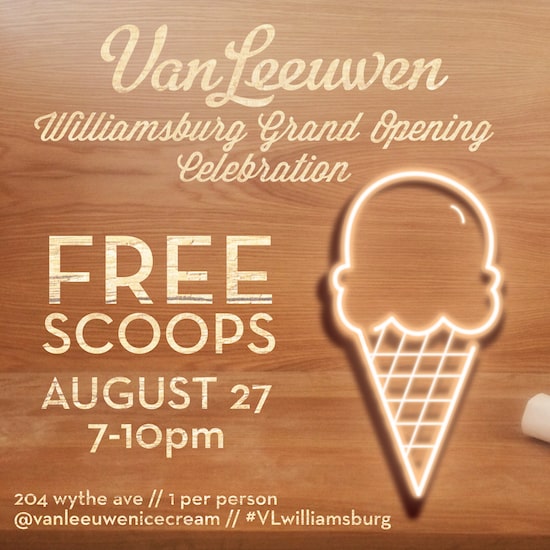 Van Leeuwen’s flagship store in Williamsburg is having its official grand opening tomorrow, but tonight, for three glorious hours from 7pm-10pm, they will be handing out free ice cream scoops from the new store as a pre-opening treat. 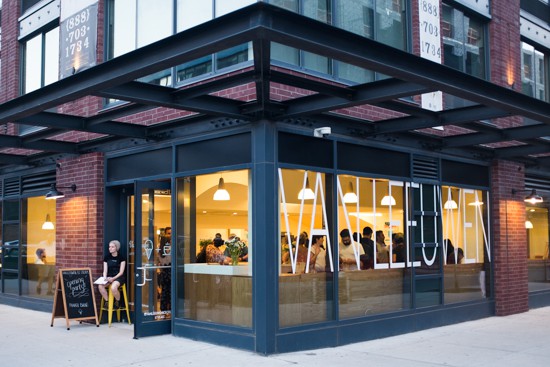 At 1200 sq ft, the store is their largest yet. The simple, stylish space was designed by husband and wife duo Carpenter & Mason, who were also behind Van Leeuwen’s Greenpoint store. Whites, creams and natural wood tones are dominant, with a large bar in the centre, wooden booths along the rear wall and individual tables along the window side. The windows run the entire length of the store, with an unmissable ‘VAN LEEUWEN’ written across the glass. 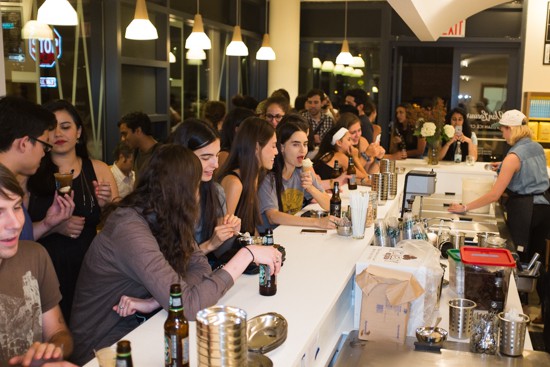 Co-founder Laura O’Neill tells us she hopes the large seating capacity means the shop will become a popular spot for people to hang out with coffee and laptops during the week, as well as becoming an ice cream destination in its own right at evenings and weekends. 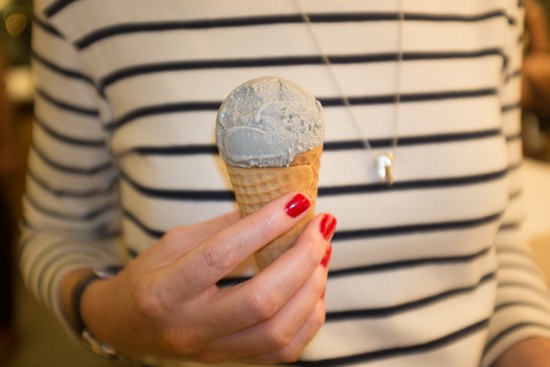 We stopped in last night for their pre-pre-opening party, where the entire Van Leeuwen collective were out in force, and the new store was filled with pretty faces eating ice cream. As well as trying a scrumptious Earl Grey Sundae topped with gooey brownie chunks I also had my first ever taste of their special edition Black Sesame flavor and was blown away by its deliciousness. The unusual pale gray ice cream gets its delicate vanilla-like flavor from ‘pandan’, a South East Asian leaf, and it’s probably the finest scoop of ice cream I’ve ever eaten.  It’s not always available, but when it is…get it at once!

The Van Leeuwen flagship store is at 204 Wythe Avenue (on the corner of North 5th). The official grand opening is on Friday but FREE SCOOPS are being given out tonight between 7-10pm.