Taste Talks, a two-day conference on Brooklyn Food and Drink, announced its curatorial voice with April Bloomfield (of the Spotted Pig) at its helm. The event, which took place on September 14th & 15th, brought notable food, chefs and taste makers together in a bevy of curated panels, discussions, workshops, and cookouts. 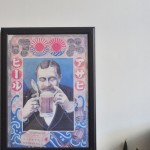 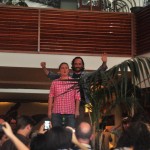 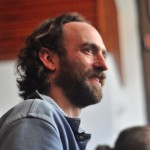 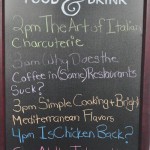 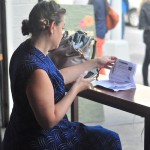 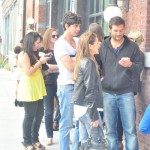 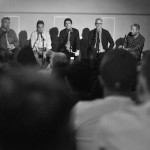 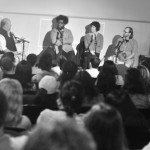 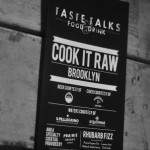 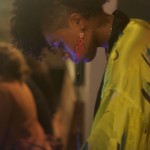 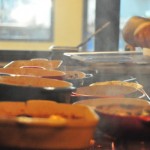 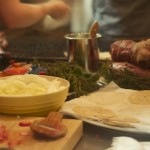 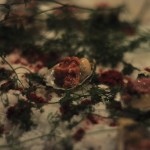 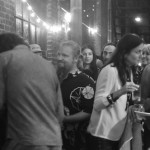 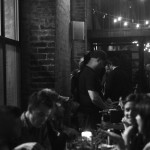 Among the roster of activities, I signed up for three panels and Cook it Raw, a collaborative outdoor event where chefs worked together to create a meal using locally-sourced ingredients and as little electricity as possible – all in under 6 hours.  Below are highlights from each, including quotes to add to the Brooklyn culinary repertoire.

Panel 1: Why Does the Coffee in (Some) Restaurants Suck?

Given the many variables that factor into making a good cup of coffee, the panel determined that the main reason for underwhelming restaurant coffee is that it is often treated as a commodity.

“In general people are less apt to take advice on how to make something, if they make it at home and that’s the position with restaurant coffee,” said James Freeman.

Coffee is a culinary item and as such, should be treated with the same attention and care as food.

“Whatever is in the cup, should speak for itself,” said Coraine.

As coffee palates are re-educated, its consumers will demand better coffee, and that demand will lead to restaurants providing better cups of joe in the future.

“Coffee is a flower. It becomes a cherry and it should taste like it; it’s a wonderful experience but it happens so rarely,” said Thoreson.

Panel 2: Intersection of Art and Commerce

With a diverse range of disciplines represented; chef Wylie Dufresne, ?uestlove, and artist Jennifer Rubell, it was interesting to hear the thoughts each gave on the idea of commerce and its impact on creating art:

“At this point I like to sit in the dugout and make sure the teams win. Before, I liked to be the star player.”- Batali

“I can live with people liking my plates. I’m happy if they love them.” – Dufresne

“People may not recognize our work by criticism, but with food, its like they’re getting an artifact of you.” – Batali

From pushcart peddlers to the modern-day Smorgasburg, this panel surveyed the entrepreneurial history of Brooklyn’s D.I.Y culinary visionaries. Moderated by Sarah Zorn, Brooklyn Magazine‘s food critic, panelists spoke from the purveyor’s perspective on how the food they procure has defined the borough. Below, are some choice quotes:

“When Jewish communities became more religious and smoked fish became more expensive, it was a perfect storm why many Jewish appetizer shops closed. Now we are experiencing a Jewish renaissance – this food is taking people back to their roots, its comfort food and its making people happy.”- Peter Shelsky (Shelsky’s Smoked Fish)

“The diner is so essential to the Brooklyn neighborhood because everyone has their local spot and the diner serves as a nucleus. Everyone doesn’t drink, but everyone eats. We are a place where people can feel cozy, comfortable, welcome and satisfied. The Prospect Heights location is now historically known for being a place protected by the community after the assassination of Dr. King and a symbol of a place that brought people together.  The latest expansion to Coney Island brings the same family vibe to that destination.” -Jimmy Kokatas (Tom’s Restaurant)

Saul, the restaurant, was the first in Brooklyn (Boreum Hill) to receive a Michelin star. Early on, founder, Saul Bolton, recognized that there were people there, like him, who lived and died for food and traveled the world doing so.  He credits rents in Manhattan pushing people to Brooklyn as part of the driving force for the boroughs food boom.

“The flavor profiles of salty, spicy, sweet and savory are an exciting thing and people are paying attention to them.  We have a story and guests come in for that story. The food renaissance is right now.” -Paulie Gee (Paulie Gee’s)

“We opened a fish market in Red Hook and it’s a seasonal town. But, the choice was to do one good thing: we source good lobster.   I sell three or four things on the menu.  And, it takes me three months to make a recipe. I use the physical space in Red Hook as a flagship for the commissary, food trucks, and the mobile businesses. But, being successful is not just about putting down a tent at Smorgasbord; it’s a lot of hard work– it’s about having a brand and quality food.”- Susan Povich (Red Hook Lobster Pound)

The final event of the festival, Cook it Raw, was unveiled in and out of doors at 3rd Ward Sunday night, under twinkle lights and among the sounds of musician and DJ, My Midnight Heart.

Locals mingled and feasted on plates from chefs that included Alessandro Porcelli of Cook It Raw.  Chefs used local Brooklyn ingredients, like lobster, eggplant, tortillas, and oysters, with a prep time of six hours to make dishes for attendees. This was the highlight of the festival, not-to-be-missed next year.

A bicoastal creative living between Los Angeles and New York. Working as a photographer, coffee culture curator, blind contourist and chief coffeetographer™ at www.smdlr.com.
View all posts by Chérmelle →