One study finds a silver-lining in all that subway work: several communities near subway stations have seen rents fall in the past year. The study concluded that rents for a 1-bedroom around the Nassau G fell 20% in the last year.  END_OF_DOCUMENT_TOKEN_TO_BE_REPLACED

The old Kosciuszko Bridge is going to be demolished this summer, and people are demanding an epic party, complete with a live orchestral score. Have you RSVP’d on Facebook yet?

There was a gas leak caused by construction along Wythe Avenue last weekend, and businesses and residents were evacuated for at least four hours. END_OF_DOCUMENT_TOKEN_TO_BE_REPLACED

Here’s what else we know (via Heavy): END_OF_DOCUMENT_TOKEN_TO_BE_REPLACED

This afternoon, we had a shooting in Greenpoint near Greenpoint Ave. and McGuinness Blvd. that reportedly resulted from a dispute between the boyfriend of a a landlord and a tenant; the boyfriend was shot in the head*. Hundreds of police were on the scene, and officials negotiated with the shooter for about an hour—eventually the suspect was captured by police. Photographer Johnny Cirillo was on the scene and snapped these striking images as the standoff was taking place. 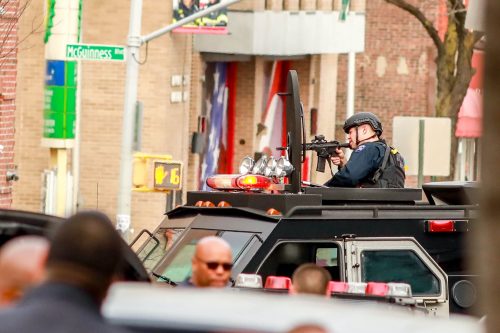 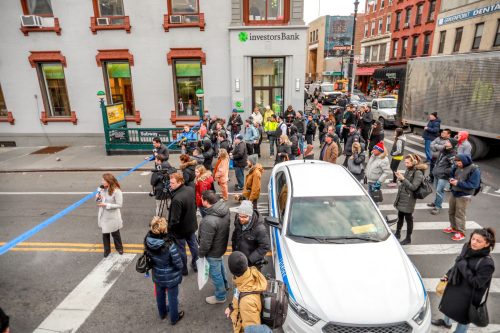 END_OF_DOCUMENT_TOKEN_TO_BE_REPLACED

According to DNA Info: END_OF_DOCUMENT_TOKEN_TO_BE_REPLACED

The violent incident involving a gun that took place yesterday afternoon on Norman Ave and Guernsey St. was very unclear until I spoke to Officer Truglio at the 94th Precinct this morning, who gave me a play by play:

A robber asked a man on the street for directions. The man said he wasn’t from around the area, so the robber asked him for change for a dollar. As the man went into his pocket for change the robber beat him with a gun and went through his pockets. He then ran off. Someone in the area called 911, the cops saw the robber take off and then caught him on Graham Ave and Meeker Ave, and also recovered the gun.

Incident With Gun on Norman and Guernsey in Greenpoint Yesterday

There was an incident involving a gun on Sunday August 11, 2013 on Norman Ave and Guernsey St, but whether it was a shooting is still unclear.

At 3:17pm yesterday I received an email from a reader that said:

I was just walking home and a man had been shot in broad daylight on the corner of Norman and Guernsey!! Two cops were on the scene, along with a number of people who saw the shooter, who I believe is still at large. I live on Guernsey and am scared to leave my apartment.

One from NY Scanner read “Brooklyn: Lorimer St & Norman Ave Crime scene being established in regards to a male shot, Aided in serious condition,” and another from Breaking911 that initially tweeted: “Brooklyn: *Shooting* Norman Ave & Guernsey St male shot on location. Crime scene being established,” followed by few neighbors who tweeted it was a robbery and pistol whipping and the suspect was caught, while another tweeted that someone heard gunshots.

The Newsmap from Gothamist was even more confusing – it showed a Stabbing at Norman Ave & Guernsey at 2:56 p.m. and a Shooting at the same location at 3:13pm.

I am waiting for a call back from the 94th Precinct.

Stay posted for any updates.