New York City is just heating up, and one Greenpoint-based company is preparing to make this unprecedented summer in the city a little sweeter too. Mike’s Hot Honey, the artisanal spicy honey company that started in the back of Paulie Gee’s Pizzeria (and is iconic to the shop’s Hellboy pie) is launching dip cups this week in an effort to better service pizzerias experiencing a sharp increase in delivery and takeout business. 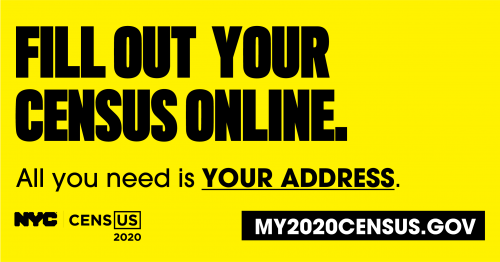 To introduce the new individually packaged product to pizzerias across the country, and also offer support to pizzerias in need of a spicy boost amidst COVID-19, Mike‘s Hot Honey is offering a free case of dip cups to any pizzeria that wants to use them in delivery and takeout orders (while supplies last).

“Pizzerias are the backbone of our business. When the pandemic hit the United States, we began outreach to our friends at pizzerias to learn more about what they were experiencing and how we could help,” says Mike Kurtz, founder of Mike‘s Hot Honey.

Each dip cup contains .75 ounces of hot honey and will be made available nationwide through a distribution partnership with DOT Foods. Cases include 90 dip cups, plus 100 promotional stickers.

For those not yet familiar with the joy of hot honey is a pizza topping, Kurtz recommends, “Drizzling it on the pie just before you take a bite.” The new small cups let pizza lovers drizzle in the comfort and safety of their own homes.

Pizzerias interested in receiving a free case of Mike’s Hot Honey can fill out this dip cup promo form.

“Nearly everyone we spoke with was seeing an increase in delivery business and a need for honey packaging that fit this model. We developed the dip cups as a way for pizzerias to safely and efficiently deliver our product to their customers while adding incremental revenue to each order.” END_OF_DOCUMENT_TOKEN_TO_BE_REPLACED

Paulie Gee’s (50 Greenpoint Ave.) will mark a decade in the neighborhood next week with a throwback celebration featuring the original menu and many of the opening night staff to make the magical pies that continue to draw crowds years later.
Owner Paul Giannone opened the Neapolitan-inspired pizza destination in Greenpoint in March of 2010 and has since expanded with the instant classic NYC-style Paulie G’s Slice Shop on Franklin Street and a dedicated pizza kiosk at Madison Square Garden; not to mention the Paulie Gee’s restaurants that have opened in Illinois, Ohio and Maryland.
For the 10 year anniversary celebration happening on Monday (3/9), Pauli Gee’s menu will include the pies from opening night and some surprises, as Paulie Gee’s shared on Instagram:

END_OF_DOCUMENT_TOKEN_TO_BE_REPLACED

For the past year, Mister Dips has been our answer to Shake Shack, but at some point next year, we will have an actual Shake Shack. Seems the chain will be coming to the space that formerly housed Blue Bottle at 160 Berry Street. They even threw a “surprise party” complete with free burgers and pumpkin frozen custards at North Brooklyn Farms last Wednesday. Word is doors open in the spring. END_OF_DOCUMENT_TOKEN_TO_BE_REPLACED

According to DNAinfo, Mr. Ramirez’s death is one in a string of fatalities and injuries Action Carting, the city’s largest private garbage collection company, has been involved in recently. Since 2008, the company’s trucks have killed 5 and injured at least a dozen others. END_OF_DOCUMENT_TOKEN_TO_BE_REPLACED

According to police, a man was slashed and robbed in McGolrick Park Saturday night around 9:30pm. He had seen someone in a group of people drop a pack of cigarettes and went to return them—only to get his head smashed on a metal bar, slashed on his cheek with a knife and robbed of his iPhone, $250 in cash and a bracelet.

A Paulie Gee’s server was seriously injured after a cyclist struck her on the corner of Manhattan and India. Without insurance, she’s now facing $10k in medical bills and $25k of  bills and lost wages combined while she recovers. You can donate to her crowdfunding campaign to help her recover physically and financially. END_OF_DOCUMENT_TOKEN_TO_BE_REPLACED 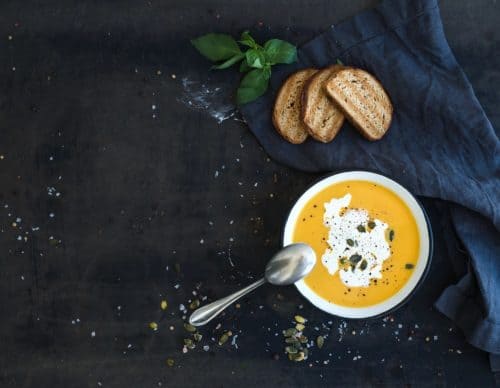 As the temperature drops and it officially becomes winter, we turn our palate to this comforting and convenient genre. Soup’s been trending of late on a national scale, perhaps fueled by the increase in popularity for pho and ramen or simply because chefs are now integrating more interesting ingredients and combinations—making soup a farm-to-ladle experience.

We surveyed some local restaurants to get the scoop on soup. Overall, and it comes as no surprise, folks found that as it gets colder, soup gets more popular—especially the heartier/creamier ones. However, there’s definitely a healthy overtone as well, with non-dairy or vegetarian options and even substituting yogurt for cream. Many restaurants are also regularly changing up the menu based on what’s at the market/in-season and to continually keep customers surprised. See a sampling after the jump of what’s on offer around town and get souper excited. END_OF_DOCUMENT_TOKEN_TO_BE_REPLACED

I double dog dare you to get to more than three of these events. Choose wisely!

See you in the streets,

END_OF_DOCUMENT_TOKEN_TO_BE_REPLACED

This is the final installment of a five-part series. Read Part I, Part II, Part III, Part IV.

“If you talk to a lawyer,” Paulie informs me, “and you talk to the F.T.C., they’ll tell ya that they’re franchises… but my intention is to build a brotherhood of pizza entrepreneurs, ok? I told the lawyers what I wanted to do. They told me I had to form a franchise company. They told me what it would cost to do that. So I decided to ask another lawyer. I told em what I wanted to do, they told me that I had to form a franchise company. So I asked a third lawyer. Third lawyer? Franchise company. So, I bit the bullet and I did that. But really I build personal relationships with these people. They come in, ya know, when they can, they work with me… Derrick, who is gonna open up with me in Chicago, he contacted me for advice and I was itching to do something in Chicago, I had read about Wicker Park which is a great neighborhood… and when I talked with him, I said, where ya thinking about opening and he said ya know, Naperville, or something… he had a mobile business already making pizza out that way, Za Pie… he thinks it was a nice name. Hopefully he’s not reading this. In any case, I said, that’s too bad because I was hoping to maybe do something with somebody in Wicker Park. And about five minutes later we were on our way.”